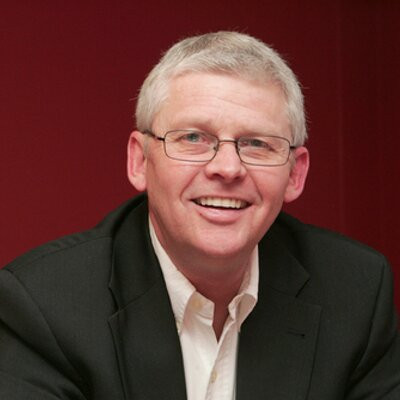 Acclaimed writer Ian Ridley has declined the £3,000 ($4,000/€3,300) prize for making the shortlist of five in this year’s William Hill Sports Book of the Year award "on moral and ethical grounds" following the decision to name The Rodchenkov Affair: How I Brought Down Putin’s Secret Doping Empire as the winner.

Ridley, also shortlisted in 1999 with Addicted, his bestseller in collaboration with former Arsenal and England player Tony Adams, was in the running for this year’s prize with The Breath of Sadness, a deeply affecting reflection upon his grief at losing his wife, The Sun sports writer Vikki Orvice, and how watching cricket helped him to process his experiences.

After the award was given yesterday to the book written by Russian whistleblower Grigory Rodchenkov, the former laboratory chief who first guarded and then - after being named by the World Anti-Doping Agency (WADA) - exposed the doping regime organised by the host nation at the Sochi 2014 Winter Olympics, Ridley tweeted that he had decided to decline the prize for being on the shortlist "on moral and ethical grounds".

Ridley told insidethegames: "I held my peace for a long time during the judging process as I hoped one of the other four books would win rather than one by a drug cheat.

"After it was announced yesterday I was immediately uncomfortable and, speaking to a lot of people over the last 24 hours, I became convinced that I needed to speak out.

"I would have been unhappy with myself if I had not.

"The person I most spoke to was Vikki and I knew what she was telling me."

In a statement on his publishing site, Floodlit Dreams, Ridley - who has written 12 books and was named Sports Journalist of the Year in the British Press awards of 2007 - explained his reasons fully.

"My late wife Vikki Orvice had a strong moral compass in life in general and matters of sporting ethics in particular," Ridley wrote.

"She was particularly vehement when it came to doping in sport.

"Being an athletics correspondent, she especially detested cheats who denied medals to clean athletes.

"Yes, she was friendly with many athletes, but it never stopped her doing her duty without fear or favour if anybody failed tests, or failed to be present for them.

"She worked to expose, and would have condemned, anybody who cheated.

"Thus yesterday, following the announcement of Grigory Rodchenkov as winner of the William Hill Sports Book of the Year for The Rodchenkov Affair, I had a lot of thinking to do based on Vikki’s principles and ethics.

"After 24 hours of considering the situation, I have decided not to accept the £3,000 for my book, The Breath of Sadness, as a prize for it being a shortlisted title.

"If this leaves me open to accusations of sour grapes, then I will have to endure that.

"If so, it is a very expensive bunch of grapes for me.

"All I can say is that I would have been pleased for any of the other three shortlisted books and their authors had they won.

"I tweeted yesterday that my winner would have been Born Fighter by Ruqsana Begum and Sarah Shephard.

"When it comes to The Breath of Sadness, it has more than achieved what I wanted for it: to honour Vikki and her legacy and to process my grief and perhaps help others with their own loss.

Ridley went on to say that he does "believe in redemption", but had misgivings over the timeline of events which led to Rodchenkov becoming a whistleblower.

"I believe in whistleblowers," he said.

"I have ghost-written books myself with people who have come clean.

"Life and sport needs them and I am full of admiration for those who turn their lives around and offer a public service.

"The difficulty I have, however, is that Dr Rodchenkov did what he did - that is, providing evidence and corroborating material published previously in British newspapers about the Russian doping programme, at whose heart he was as head of their anti-doping programme (in reality, his job being to ensure Russian athletes were not caught doping) - only when the World Anti-Doping Agency named and shamed him as a result of their enquiries.

"He fled to the United States, arranged by a film maker he was working with, where he entered a witness protection programme.

"This all had the feel of needs-must rather than anything principled.

"I think the William Hill is a most remarkable award that has down the years done much to promote something I love: the writing and reading of sports books.

"It has overlooked some great books and picked some curious ones but that is personal opinion.

"It has the opportunity to celebrate writers and writing of quality, principles, ethics and integrity but, in my view, it has failed to do that in this case and sent out, via an unreliable narrator, a dubious message while associating itself with notoriety.

"It is why I cannot accept, in all conscience, the £3,000 and am dissociating myself from this year’s shortlist."

Alyson Rudd, chair of the judging panel, yesterday said there was no contest for the top honour given the stunning revelations and far-reaching effects of Rodchenkov’s book.

"That this year produced a particularly strong shortlist was born out by the intense and passionate debate among the judging panel,” Rudd said.

"The Rodchenkov Affair was praised for its searing honesty and bravery as Grigory Rodchenkov explains in gripping detail how he helped ensure Russian athletes who cheated through doping, escape detection.

"He is a whistleblower like few others, and he remains a 'ghost' living in America, separated from his family, the price he pays for wanting 'to be on the side of truth'."

last month, the Rodchenkov Act was approved by the US Senate, giving officials the power to take legal actions against doping schemes at international sports competitions involving American athletes.

The Russian Anti-Doping Agency (RUSADA) was again declared non-compliant by WADA last December after the country was found to have manipulated data at the Moscow Laboratory.

Russia’s flag and anthem will banned from major events including the Olympics and World Championships for four years if the Court of Arbitration for Sport (CAS) upholds a series of sanctions imposed by WADA.

RUSADA's CAS appeal was heard last month, and a verdict is expected before 2021.