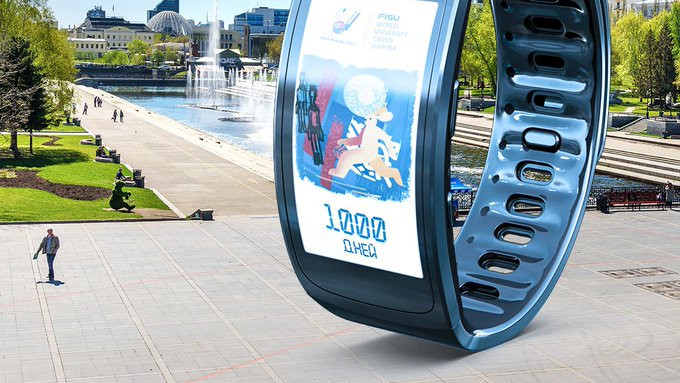 Telecommunication firm Rostelecom says it has been commissioned to support the Yekaterinburg 2023 World University Games.

The company is developing a project of information, communication and telecommunications infrastructure for the Games.

The company will reportedly be responsible for storing data and surveillance video, which it says will ensure safe access to stadiums, transport hubs and the Athletes’ Village.

"Information and telecommunication systems are an essential part of the efficient and safe holding of the Universiade," said Oleg Chemezov, deputy governor of the Sverdlovsk Oblast, according to Russia's state-run news agency TASS.

"The concept of creating an information and communication, telecommunications and broadcasting infrastructure for the preparation and holding of the Universiade prepared by the Ministry of Digital Industry of Russia and the regional government will give a powerful stimulus to the development of the economy of Yekaterinburg and the Sverdlovsk region.

"Therefore, we have very high requirements for the methods of survey of the existing infrastructure, as well as the creation of a system project that is underway.

"The fact that this work is being carried out by Rostelecom, a leading digital provider that already has similar experience in Krasnoyarsk, is a guarantee of high quality and competence."

In addition to its roles supporting the Krasnoyarsk 2019 Winter Universiade, Rostelecom previously was a partner for the 2018 FIFA World Cup in Russia and the Sochi 2014 Winter Olympic and Paralympic Games.

Dates of between August 8 and 19 have been set for 2023 World University Games.

Russia previously hosted the event in Kazan in 2013.

Moscow also held the Games in 1973 when it was part of the Soviet Union.