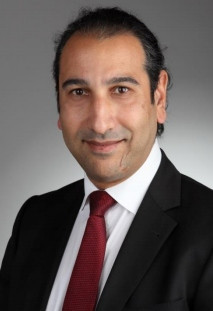 International Boxing Association (AIBA) Presidential candidate Ramie Al-Masri has called for third-party due diligence and background checks to be undertaken to ensure trustworthy people are involved in the leadership of the governing body.

Al-Masri has made the call in his election manifesto, where he expressed the need for AIBA's leadership to have a "clean record without any misconduct in the past".

The German referee said this was necessary due to leadership being one of the main areas the International Olympic Committee's (IOC) Boxing Task Force has criticised.

Al-Masri said members may be asked to resign from the AIBA Executive Committee (EC) should wrongdoing be uncovered.

"We have to go through the report and identify those who are not acceptable in regard to the Olympic Charter and the IOC Code of Ethics," he said.

"There will be third-party due diligence and background checks.

"This may result in the request to resign from his or her post to certain members of the EC.

"The same will be done for the members of AIBA Commissions in order to make sure that the people in charge are capable to fulfil their duties properly.

"We will have to find trustworthy people who know boxing well and who dedicate their time and effort to bringing our sport forward.

"We will establish communication between AIBA and its members to ensure that concerns and suggestions are taken notice of."

The IOC said last month it would "take into consideration the concerns which have been raised against some of the candidates for the AIBA Presidency and their potential impact on recognition".

The IOC did not directly name any of the seven officials running for President in the December 12 election, however.

AIBA Election Committee chairman Bernard Welten said the IOC should relay the issues it mentioned in its statement to the group so it can "look into these allegations and to take the necessary actions and decisions".

Welten also claimed the Committee would "ensure the Presidential election is fair and democratic, with the best candidate chosen by all our National Federations".

insidethegames revealed there has been allegations of election and ethics rule breaches made against Moustahsane and Solano in the lead-up to the vote, which is set to take place on the first day of AIBA's Extraordinary Congress next month.

Moustahsane - who took over after Rakhimov stepped down amid allegations he was involved in heroin trafficking, which he denies - was also named in the damning IOC Inquiry Committee report used as the basis to suspend AIBA as the Olympic governing body for the sport in June 2019.

The Moroccan was chairman of the Draw Commission for the boxing tournament at Rio 2016, with the Games marred by a corruption scandal which prompted AIBA to suspend all 36 referees and judges who officiated at the Olympics.

Kremlev was also implicated in the report from the IOC Inquiry Committee following his offer to wipe AIBA's debt, in the aftermath of the decision to strip the governing body of its recognition and ban it from any involvement in organising the boxing tournament at the Tokyo 2020 Olympic Games.

Al-Masri's manifesto has also called for AIBA's financial system to be reformed, with the official saying expenses need to reduce running costs.

He has pledged to negotiate with creditors in an attempt to convert debts into sponsorships, as well as seeking to find new sponsors and better use of technology.

"We have to identify the most expensive posts and try to reduce them," Al-Masri added.

"This may even result in moving the AIBA office to somewhere where maintenance costs are lower than at the moment.

"For the future, we have to implement a financial system that ensures transparency and integrity.

"We have (just to mention one example) to make sure that investments or expenses over a certain amount cannot be approved by one single person.

"And, finally, there is an amount of about $20 million (£15 million/€16 million) frozen money from the suspension of our membership.

"If we manage to restore our membership, a respectable amount of out debts can be repaid immediately."

Increased education and electronic monitoring of refereeing performances have also been pledged by the German, as well as efforts to ensure diversity and the development of boxing worldwide.