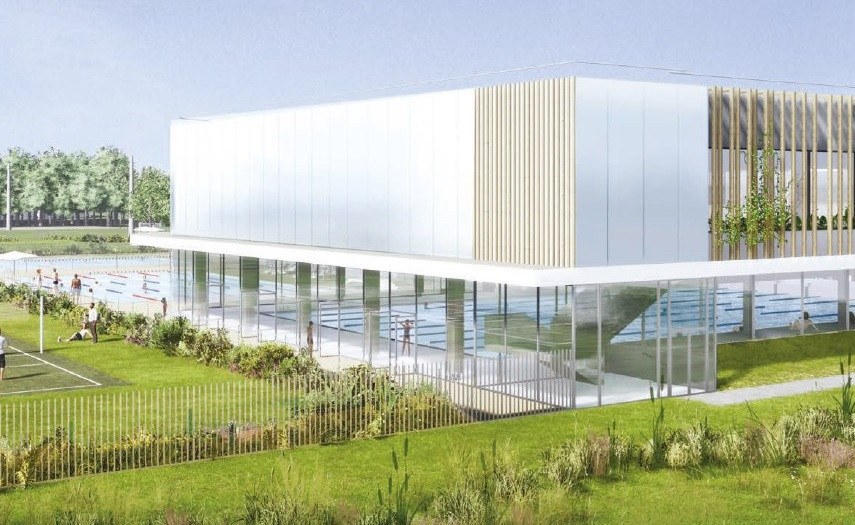 The contract to construct the Marville Aquatics Centre, which it is hoped will be one of the main sporting legacies of the Paris 2024 Olympic Games, has been awarded to a consortium of companies led by GCC.

The facility is due to host water polo training, with organisers hopeful that following the Games the facility "will strengthen the aquatic offer in the sports park of Marville, whether for sports or leisure, clubs, school groups and residents of Seine-Saint-Denis."

Following a phase of design, studies and obtaining the building permit, construction is due to start in January 2022 and end in October 2023, with the facility set to be opened in early 2024.

It is anticipated the centre will cost around €30.5 million (£27.3 million/$36.7 million) with funding from SOLIDEO, who are supervising the project.

Significant contributions have been made by the City of Paris and the Departmental Council of Seine-Saint-Denis to its budget.

"The future Marville Aquatics Centre is the perfect illustration of the legacy of the Games in Seine-Saint-Denis, since it will both accommodate athletes during the competition and that it will then benefit the inhabitants for many uses," said Stéphane Troussel, President of the Department of Seine-Saint-Denis.

"It makes as such a major and lasting element of our public policies for the development of swimming in Seine-Saint-Denis.

"I also welcome the project of the GCC group which will make it particularly beautiful, functional and concerned with the challenges environmental."

Last month the first of what organisers claim are a series of protests in the build-up to Paris 2024 were held in the Seine-Saint-Denis region.

Protesters carried banners reportedly calling for the cancellation of the Games, amid accusations the construction sites would create "injustices" and "concreting" of the local area.