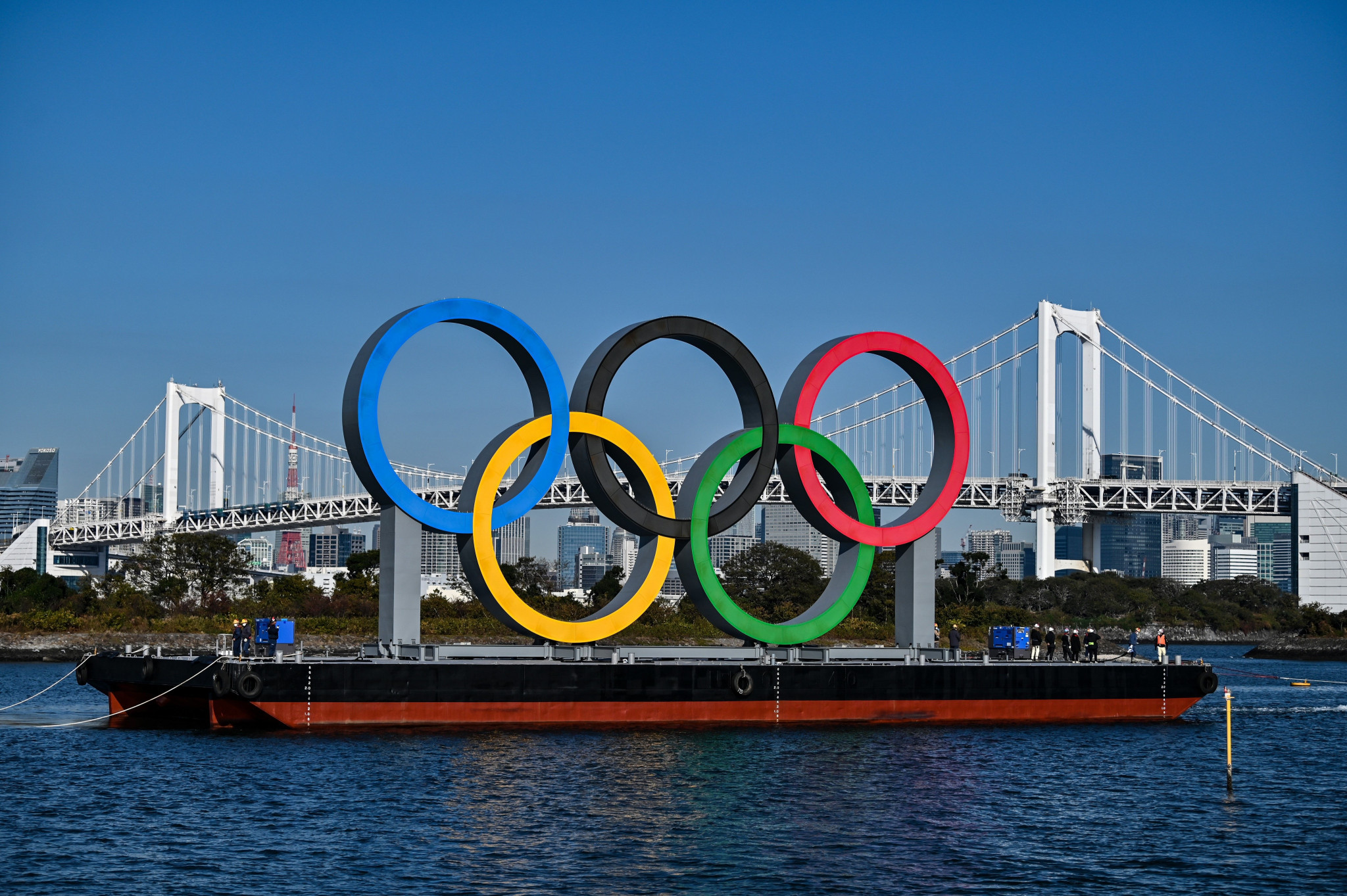 It is hoped the return of the Olympic Rings to Tokyo Bay after safety and maintenance checks will help people "feel excited" about next year's Games.

The monument of the Olympic symbol was removed in August following the postponement of Tokyo 2020.

It was towed away to Yokohama for inspections but has now returned freshly-painted.

The Rings will be lit up every night until after the Olympics, now scheduled for July 23 to August 8 as a result of the COVID-19 pandemic.

They will then be replaced by the Paralympics symbol in mid-August, with Para-athletes set to compete in the Japanese capital from August 24 to September 5.

"We are working very hard so that we can hold an Olympic Games in which people will feel safe," Tokyo Metropolitan Government official Atsushi Yanashimizu said.

"With the installation of the Olympic symbol, we would like more people to feel that the event is approaching soon and to feel excited about it.

"We would like many people to come here and see it and feel the momentum, while being cautious about virus prevention."

The Olympic Rings are back on display in Tokyo's Odaiba Marine Park! 🥳 #Tokyo2020

The famed Five Rings will remain in the bay until 8 August 2021 and will be illuminated at night, offering a great view of Rainbow Bridge and the Tokyo landscape. 🏙️

The monument measures 33 metres in width and 15m in height, and weighs around 69 tonnes.

It was officially inaugurated on the evening of January 24, exactly six months before the initial date for the Opening Ceremony of the Olympics.

Preparations for Tokyo 2020 continue, with organisers aiming to ensure that the Games take place safely through a number of COVID-19 countermeasures.

The wearing of face masks and social distancing is expected to be mandatory, while athletes will be encouraged to limit their stay in Japan after competition.

Cost-cutting measures are also set to be introduced to lower the financial burden of the postponement of the Games.

Organisers have been boosted by news of the development of several COVID-19 vaccines, although it is not known whether these will be ready for public distribution next year.