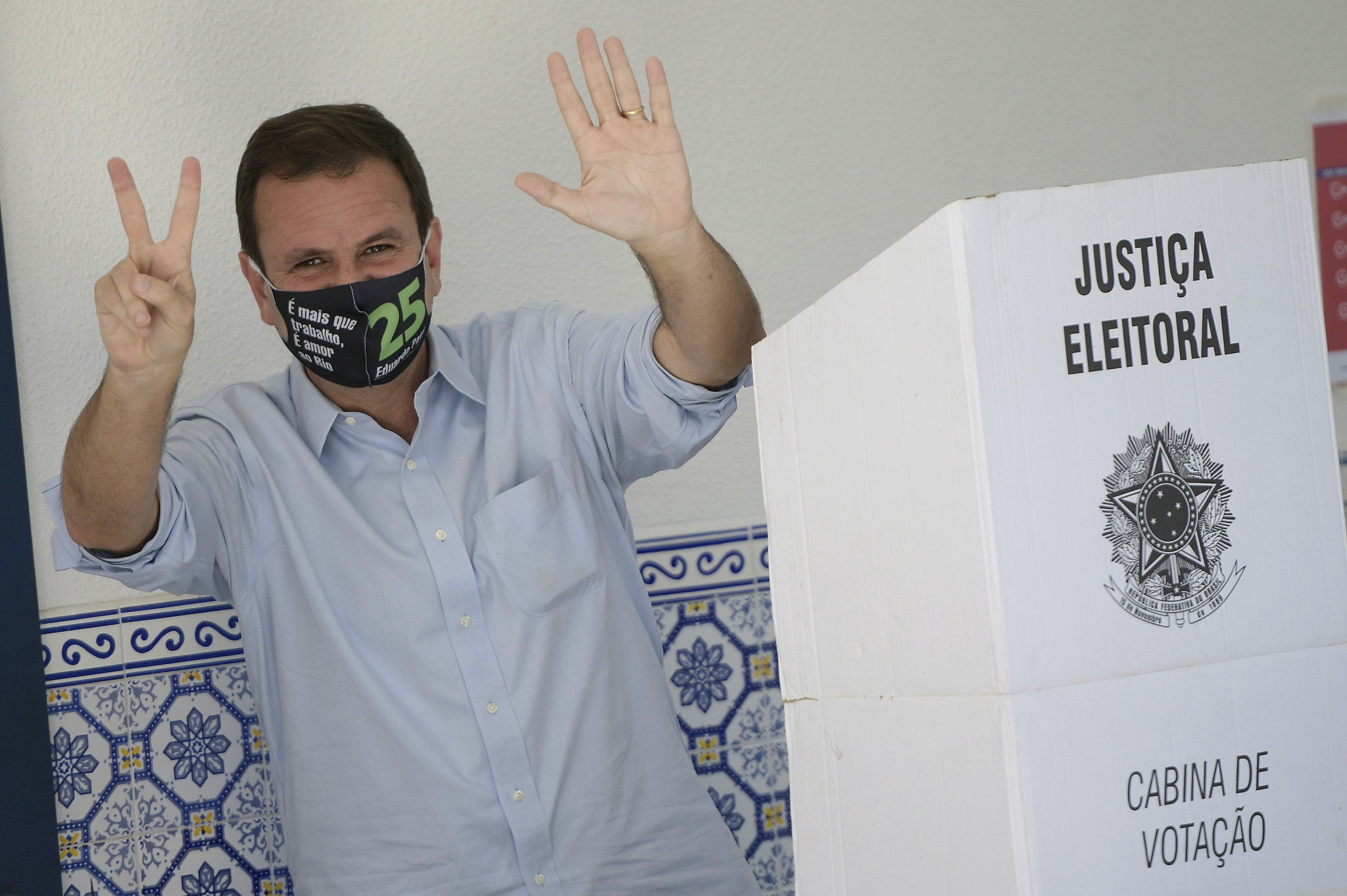 Eduardo Paes, who was Mayor of Rio de Janeiro during the 2016 Olympic and Paralympic Games, has been elected again to lead the Brazilian city.

The Democrats candidate won a landslide victory over Marcelo Crivella, who had defeated him four years ago, despite being accused of corruption and fraud during Rio's successful Olympic bid.

After the result, Paes celebrated what he called "the victory of politics" against radicalisation.

"The first message I wanted to send is to thank the Cariocas who went to the polls and believed in our proposals," said Paes, who will officially take over as Mayor again on January 1 next year.

"I also wanted to celebrate a victory for politics here.

"The result of this radicalism certainly did not do well none of us Cariocas did any good for any of us Brazilians."

Crivella, a key ally of Brazilian President Jair Bolsonaro and an Evangelical bishop in one of Brazil's biggest mega-churches, the Universal Church of the Kingdom of God, proved to be an awkward fit for a city known for its beaches, nightlife and carnival.

His popularity suffered over his management of floods and landslides that regularly hit the city, and for allegations his Church was used to launder embezzled money.

Like much of Brazil, Rio has also been badly hit by the coronavirus pandemic.

By contrast, Paes's administration was seen as a golden period for Rio - though there was criticism in retrospect of unkept promises and white elephants left over from the Olympics and the FIFA World Cup, which Brazil had staged in 2014.

In May, Paes was accused of committing passive corruption and bid fraud during the construction of a venue for Rio 2016.

The complaint, filed by the Federal Public Ministry (MPF) and accepted by the Third Federal Criminal Court of Rio, is related to the alleged direction in the bidding for the construction of the Deodoro Olympic Park.

According to the MPF, a consortium of companies was favoured in the construction of buildings in the northern area of the complex, as reported by Globo.

Prosecutors claim there was a deliberate intention to restrict the participation of different companies in the bidding race.

Around 40 contracts were allegedly interested in the tender, but the complexity of building several venues with different requirements meant only the consortium of Brazilian construction companies, comprising Queiroz Galvão and OAS, were able to submit a proposal.

It is also alleged that Queiroz Galvão did not have the technical certificate for the construction of multipurpose venues, with Paes initiating the creation of a consortium with OAS to circumvent this issue.

Prosecutors had also claimed that BRL$120 million (£17 million/$23 million/€19 million) was paid to Queiroz Galvão for earthmoving services that were never performed on site.

Only an "insignificant amount" of landfill was allegedly transported off-site, when more than two million tons were expected to be discarded.

Paes has rejected the claim and alleged that the complaint was filed to try to derail his election bid.

It was, however, not the first time that Paes had been accused of corruption in relation to Rio 2016.

He made the bribes to secure up to six votes from International Olympic Committee members for the Rio 2016 bid.

Cabral told the court in Rio de Janeiro that Paes and former Brazilian President Luiz Inacio Lula da Silva had not directly participated in the scheme but had been aware of what was happening.

Paes also saw his assets frozen in December 2016 after he was accused of administrative impropriety, having allegedly waived a costly environmental fee for the company which built the Olympic golf course.

He was cleared of the charges when a judge dismissed the case in February 2018.

Paes has also had to fend off allegations that he received bribes from construction company Odebrecht in connection with Olympic and Paralympic contracts.

According to Brazilian newspaper O Estado São Paulo, the company involved in the majority of the major construction projects at Rio 2016 paid Paes around BRL$16 million (£2.3 million/$3 million/€2.5 million) for the "facilitation of Olympic-related contracts".