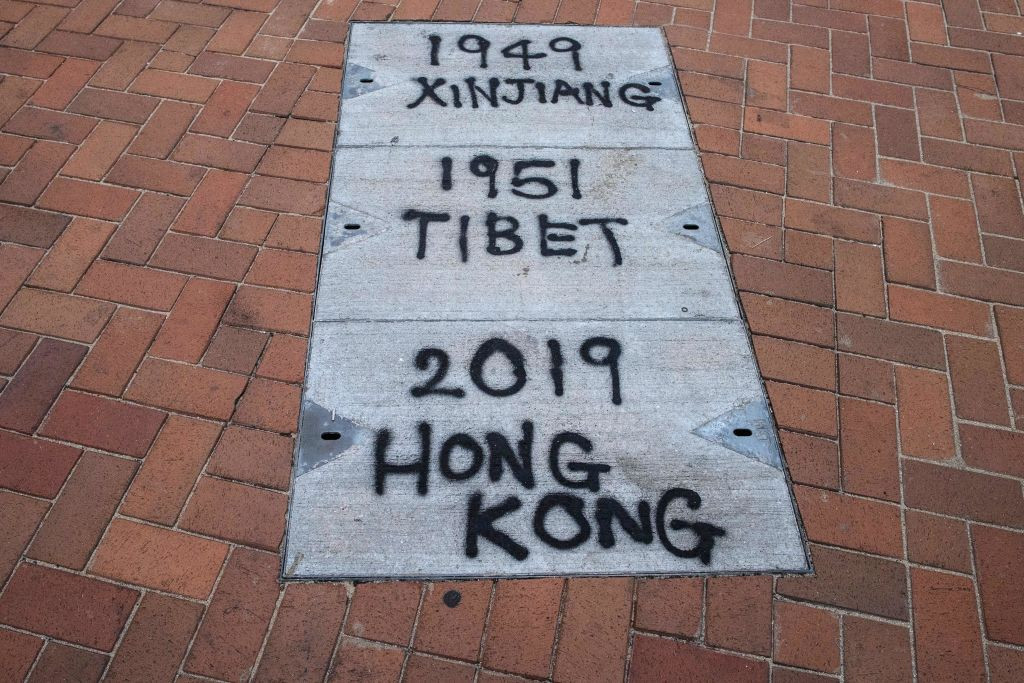 China being awarded another Olympics would "upend the Olympic system" and the country should not be allowed to bid for the 2032 Games unless it frees the Uighur Muslims allegedly detained in internment camps, Human Rights Watch has warned.

Discussions have been held in China regarding a possible bid from Chengdu and Chongqing for the 2032 Olympics and Paralympics.

The proposal was included in a Government document released last week, which said the two cities hoped to host a future edition of the Olympics as a "boost for social economic development in the region".

While former Chinese Olympic Committee secretary general Wei Jizhong has tried to cool talk over a bid - he said it was "only an idea" at this stage - the potential candidature from China has been criticised by Human Rights Watch director of global initiatives Minky Worden.

Worden told insidethegames the IOC should not consider China's bid unless the nation, which has faced a backlash over its clampdown in Hong Kong and the alleged mass internment of Uighur Muslims in Xinjiang, makes significant improvements with its human rights record.

"China is in the worst human rights crackdown in the post-Tiananmen period," Worden said.

"The fundamental problem with China bidding to host the 2032 Olympics is that China's leaders still haven't honoured the promises to improve human rights they made to secure the 2008 Olympics.

"The IOC is in the process of adopting the UN Guiding Principles on Business and Human Rights, which require due diligence, monitoring transparency, and remediation of abuses.

"None of these things is happening in China, and since it is already required in the host city contracts for Paris 2024 and Los Angeles 2028, it is delusional to think current Chinese leaders are capable or willing to uphold these standards.

"It is not fair or correct to have one standard for China - and a different standard for the entire rest of the world on human rights and sporting events.

"In fact, rewarding China's repression with yet another Olympics would upend the Olympic system, which essentially is about competing on the basis of following the rules."

It is thought up to one million Uighur Muslims have been detained in what a United Nations panel has called a "massive internment camp that is shrouded in secrecy".

China denies the allegations against it and has claimed its aim is to tackle poverty and religious extremism in Xinjiang.

"The IOC should communicate to Chinese leaders that its bid to host an upcoming Olympics must be contingent on significant human rights improvements," Worden added.

"A good start would be to free the one million Muslims who are suffering in re-education camps and reunite them with their families."

Interest from Chengdu and Chongqing comes after Shanghai conducted a feasibility study on hosting the 2032 Olympic and Paralympic Games back in November 2018.

There has been little mention of Shanghai's potential bid since, seemingly opening the door for another Chinese candidature for the Games.

China's capital Beijing staged the Summer Olympics in 2008 and is due to host the Winter Games in 2022.

A coalition of human rights groups has called on the IOC to strip Beijing of the 2022 Winter Olympics, however, because of the alleged mistreatment of its own citizens.

"The 2022 Games will take place in a human rights environment significantly worse than that of the 2008 Beijing Games," Worden added.

"As those Games near, the IOC appears to have no plan in place to assess whether the Games themselves will cause or enable human rights violations.

"Human Rights Watch is unaware of any IOC strategy to deal with existing or emerging issues including forced labour in supply chains, transparency in public health, restrictions on the media and critical voices, and mass surveillance.

"These human rights concerns will directly affect the planning and execution of the 2022 Games and the freedoms of athletes - and attendees - and yet the IOC has had nothing but praise for the current situation in China."