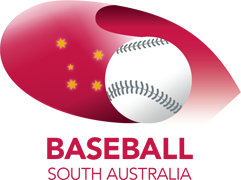 Adelaide is set to be the epicentre for Australian women's baseball in 2021.

The city is to host the Australian Women’s Championship for the first time as well as two Women’s Showcase games.

There was no Women’s Championship in 2020 because of the coronavirus pandemic.

Victoria were the champions in 2019, with Western Australia runners-up and South Australia third.

Adelaide is the capital of South Australia.

The inter-state tournament is due to run from April 2 to 9 at Diamond Sports Stadium in the West Beach suburb.

The Women’s Showcase is a four-game exhibition series due to feature Australia's best players.

Two of those games will be played as a double-header in Adelaide on January 17.

Baseball Australia is yet to announce the timings and locations for the other two Women’s Showcase games.

"Next year is shaping as a huge year at West Beach and we can’t wait to welcome rival states into our backyard as we look to better our bronze medal from 2019," Baseball South Australia general manager Sarah Kelly said.

"A significant amount of work has been put into the women’s programme in South Australia and it’s a great reward for us, and our players, to host the Australian Championship.

"We’re also grateful of another chance to show off our fantastic facility at West Beach, especially to our first-time visitors.

"Again, we are grateful for the support from the Office for Recreation Sport and Racing here in South Australia for their investment over the past three years in the women’s programme, along with the facility upgrades."