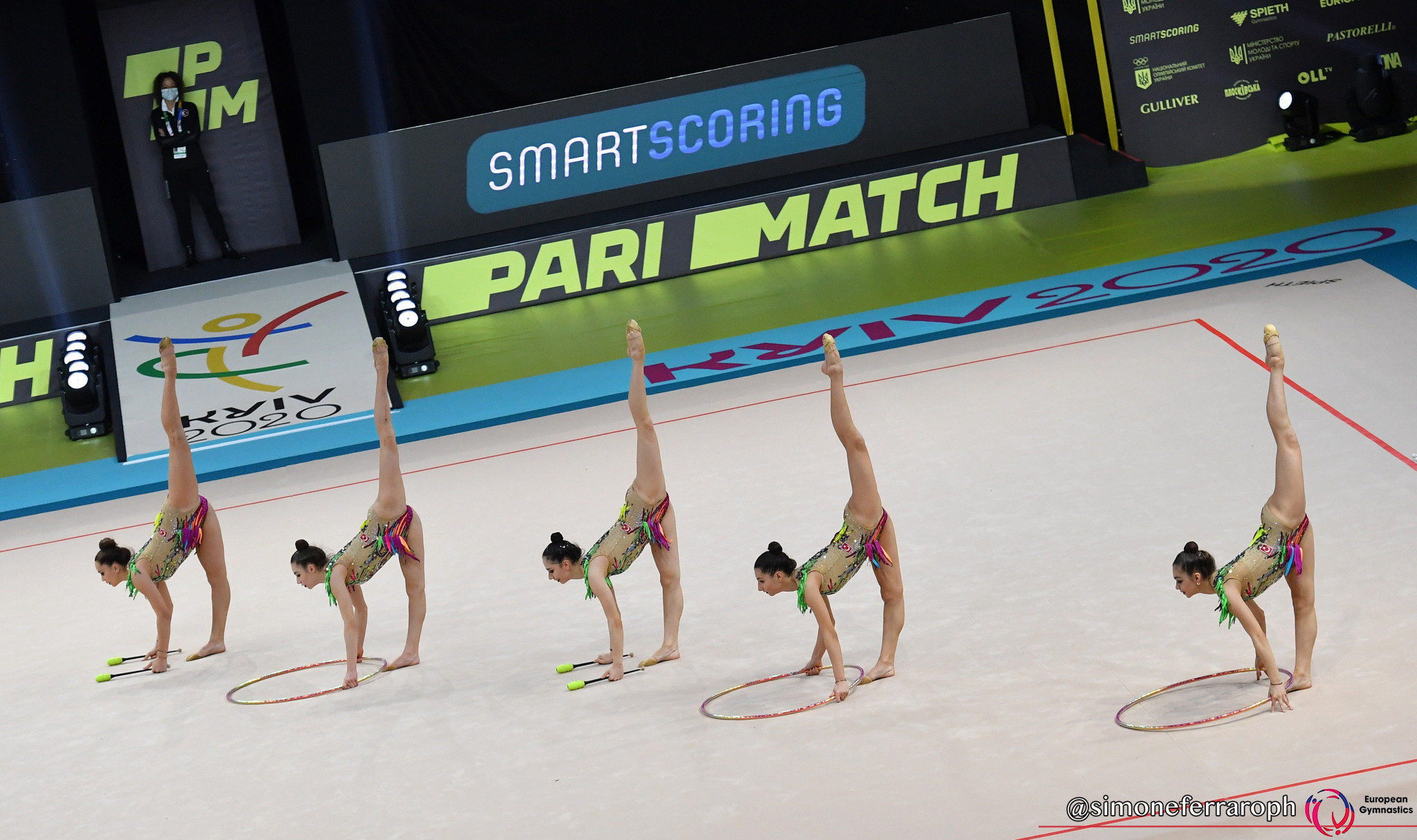 Hosts Ukraine and Turkey were winners on day three of the European Rhythmic Gymnastics Championships in Kiev, going into the final day of competition tomorrow.

Ukraine finished top of the group standings in the five balls discipline, excelling in both execution and difficulty to claim the gold with a total of 35.350.

The host nation's difficulty of 27.1, accompanied by an execution score of 8.250 was enough to clinch the title in the discipline.

Israel won the silver medal in the event, finishing within a point with a final score of 34.450.

Estonia had distance either side of them in third, finishing with a score of 32.800, more than a point ahead of fourth placed Azerbaijan.

This was followed by the three hoops and two pairs of clubs routines, which Turkey won in a dramatic tied score with Ukraine.

Both nations had an execution score of 7.150 and a difficulty of 24.0 to finish with a total of 31.150, but Turkey were given the nod when technical deductions were taken into account by judges, bumping Ukraine into the silver medal position.

This would be Turkey's first ever medal at the Championships, as they won gold.

Azerbaijan and Israel also tied with a total of 30.650, but Azerbaijan were given the bronze medal after executing their routine better.

Tomorrow will be the final day of competition, which will feature the individual all around disciplines.

Belarus, Romania, Bulgaria, Ukraine, Israel, Azerbaijan, Slovenia, Hungary, Latvia and the Czech Republic will then compete in set A and B.