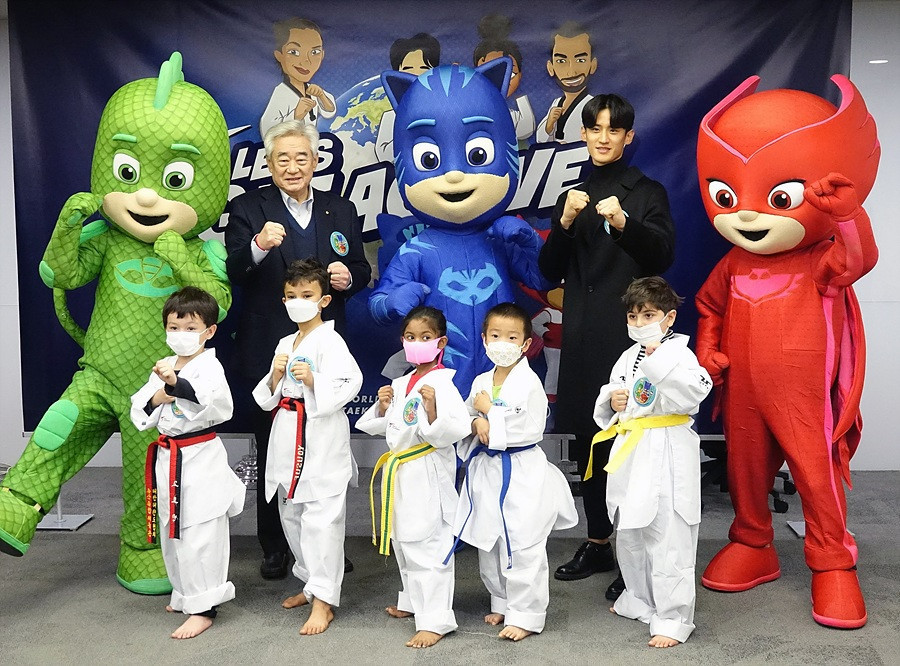 World Taekwondo is preparing to launch a new campaign featuring characters from animated television series PJ Masks in a bid to engage with children.

PJ Masks heroes Catboy, Gekko and Owlette are set to come together with 12 of the world’s best taekwondo athletes after World Taekwondo entered into a partnership with toy manufacturer Hasbro and film company Entertainment One (eOne), the producers of the popular kids show.

Launching on December 1, the "Get Active with PJ Masks" campaign aims to combine the global appeal of the animated series with the fun and accessibility of taekwondo to encourage children to take part in the sport.

A tutorial series and interactive website have been created to help aspiring taekwondo athletes get active.

Three-time world champion Bianca Walkden of Britain, China’s two-time Olympic gold-medallist Wu Jingyu and South Korean Lee Dae-hoon, a winner of three world titles, are among 12 taekwondo athletes who have created "Let’s Get Active" movements so that children can try and recreate them at home.

"We are delighted to partner with Hasbro and eOne to bring together our shared values and the skills of our world and Olympic stars," World Taekwondo President Chungwon Choue said.

"World Taekwondo is committed to connecting with young people around the world and getting them to practice taekwondo and live healthy lifestyles.

"Partnering with the most loved and internationally recognised children’s shows in the world, is an excellent opportunity to demonstrate how fun and rewarding taekwondo can be.

"I want to thank each of these World Taekwondo Heroes for bringing smiles to the faces of children and families everywhere."

Lee visited the World Taekwondo headquarters along with five children who watched the video series before trying the taekwondo moves for themselves.

PJ Masks is broadcast in more than 150 territories around the world and World Taekwondo reports it is most popular with children aged between three and eight.

"There couldn’t be a better time to get kids active and excited about sport and movement," said Rebecca Harvey, executive vice-president of global marketing, family and brands for eOne.

"Action, heroism and integrity are central to the PJ Masks brand and these values are perfectly aligned with World Taekwondo’s mission to teach taekwondo to kids around the world and channel their youthful energy into skills that will build strength and resilience."