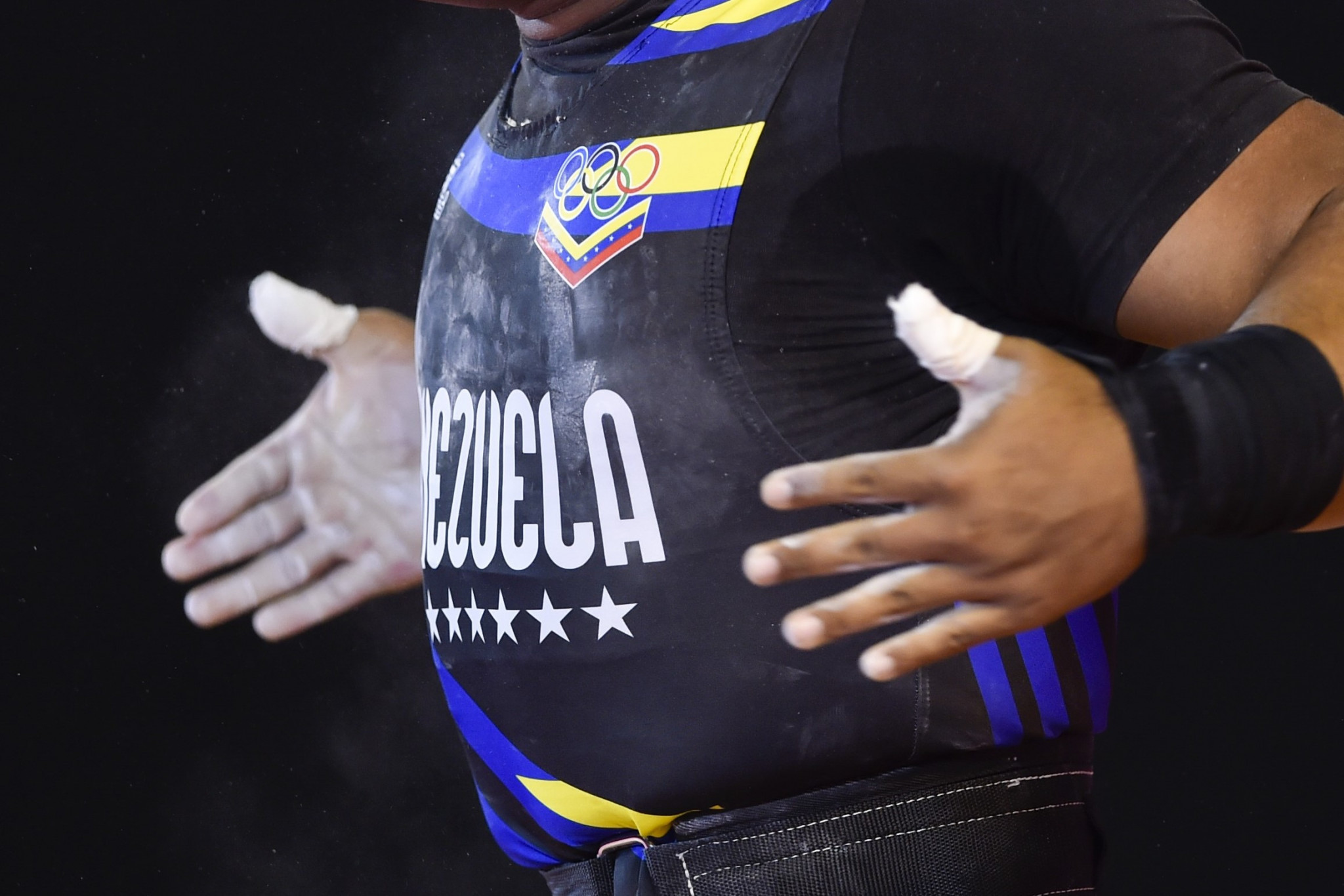 Venezuela has become the latest nation in weightlifting to face a loss of Olympic quota places because of multiple doping offences.

When all current doping cases are dealt with - many are still being processed by the International Testing Agency (ITA) - 20 nations or more could be either banned outright or unable to send full teams to Tokyo 2020 because of doping.

Jeyson Mosquera, who won three 102 kilograms competitions last year, including the South American Championships, has been provisionally suspended after testing positive for hormone and metabolic modulators.

Nine Venezuelan weightlifters were suspended for doping between 2009 and 2017.

If the case of Mosquera, 27, is closed as expected it will take Venezuela to 10 and a restricted quota of two men and two women will apply.

Nations with fewer than 10 positives in the period since the Beijing 2008 Olympic Games can send a maximum team of eight to Tokyo, split equally between men and women.

Those with 10 to 19 violations have half that number, while those with 20 or more can send only one male and one female.

The list of nations with restricted quotas has been updated this month by the International Weightlifting Federation (IWF), which is under close scrutiny by the International Olympic Committee (IOC) because of its doping record, a corruption scandal and perceived governance problems.

On Wednesday the IOC issued a statement noting that Vietnam, as revealed by insidethegames, was liable to be banned outright from Tokyo 2020 after two more doping suspensions were publicised on the IWF website a week ago.

That took to four the number of Vietnamese lifters banned for doping since Olympic qualifying began on November 1 2018.

Any nation with three or more doping cases in the Tokyo 2020 qualifying period, which ends in April next year, faces an outright ban, as does any nation deemed to have brought the sport into disrepute.

Romania has had three doping violations during the qualifying period, one of which is not yet closed.

It could also be banned under the "Tbilisi Decision" of 2016, under which the IWF banned for one year nine nations that had three or more positives in the retesting of samples stored by the IOC from Beijing 2008 and London 2012.

The entire Romania team of four at London 2012 tested positive, but not until after the other nations had served their suspensions.

So far Thailand, which had 10 of its team test positive at the 2018 IWF World Championships, Egypt and Malaysia have been banned outright.

Vietnam and Colombia - which had three steroid positives, as yet unclosed, announced in February - might join them, along with Romania.

Iraq is theoretically liable to suspension as three of its athletes tested positive for higenamine in April, though as the substance is commonly found in dietary supplements and none of three was provisionally suspended it is thought unlikely to happen.

Russia, too, has had a long list of positives announced recently, though they are almost entirely historical and it remains to be seen what the consequences will be.

The IWF lists six nations who can compete in Tokyo with only one male and one female: Russia, Kazakhstan, Azerbaijan, Armenia, Belarus and, if it escapes an outright ban, Romania.

Those competing nations on 10 to 19 doping violations who can send a maximum of four athletes are: Bulgaria, Ukraine, Uzbekistan, Moldova, India, Iran, Turkey and Albania - with Venezuela set to join them.

The situation could be worse than this as there are other doping violations that have not been put into the public domain, the ITA confirmed to insidethegames this week.

A Vietnamese teenager, Thi Puong Thanh Nguyen, was suspended for four years from November 21 2018 - within the Olympic qualifying period - but the ban was not announced by the IWF and no record of it appears on the governing body’s website.

The ITA was not involved at that time but now it carries out all anti-doping procedures for the IWF.

In a statement to insidethegames, the ITA confirmed Nguyen’s ban and said: "As per the WADA Code and the IWF Anti-Doping Policy (article 14.3.6), it is not mandatory to publicly report (doping) sanctions where the athlete is a minor.

"The International Federation shall assess whether the public reporting is 'proportionate to the facts and circumstances of the case'.

"The IWF has been applying this provision on a case-by-case basis.

"Since the ITA took over the IWF’s programme (in May 2019), we have recommended the IWF to report cases, minor or not, as much as possible, but there still remain discrepancies."