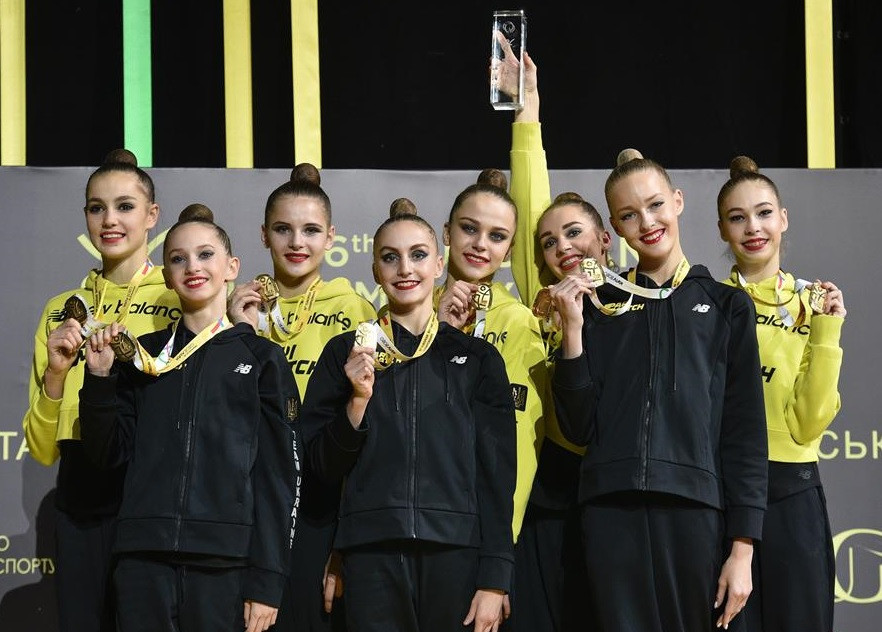 Israel clinched the senior group title after an impressive clubs and hoops routine helped them overhaul overnight leaders Azerbaijan on day two of the Rhythmic Gymnastics European Championships in Kiev.

Azerbaijan held a narrow lead after the five balls discipline but on the second day of the team event the Israelis produced the goods with the three hoops and two pairs of clubs scoring 33.475 points in the second discipline to take gold with an overall score of 67.575.

Azerbaijan had to settle for silver after scoring 31.700 in the hoops and clubs to take their overall points tally to 66.300.

Hosts Ukraine took bronze after also scoring 31.700 in the hoops and clubs which took their overall points tally to 63.700.

Ukraine topped the team standings, calculated based on senior and junior individual standings, with 237.150 points, with Israel in second on 236.900 and Azerbaijan in third on 226.175.

Individual junior qualification also took place in the clubs and ribbons disciplines on day two of competition at the Palace of Sports.

In the clubs discipline Melaniia Tur of Ukraine was the top qualifier with 23.800.

The other qualifiers were Yelyzaveta Zorkina of Belarus, Evelin Viktoria Kocsis of Hungary, Daria Atamanov of Israel, Annaliese Dragan of Romania, Alina Gozalova of Azerbaijan, Lily Ramonatxo of France and Eva Brezalieva of Bulgaria.

In the ribbons discipline Atamanov of Israel was the top qualifier with 21.500 points.

The other qualifiers were Dina Agisheva of Belarus, Stliana Nikolova of Bulgaria, Narmin Bayramova of Azerbaijan, Karina Sydorak of Ukraine, Annaliese Dragan of Romania, Elsa Somville of France and     Anette Vaher of Estonia.

A host of countries have opted against participating in the Championships because of the coronavirus pandemic including Italy, Russia and Germany.

Despite the withdrawals 23 National Federations are participating while an estimated 115 gymnasts are scheduled to compete - 24 senior individuals, six senior groups and 57 junior gymnasts.

Due to COVID-19, the Olympic qualification process has moved to next year's event, meaning results in Kiev will not count towards Tokyo 2020.