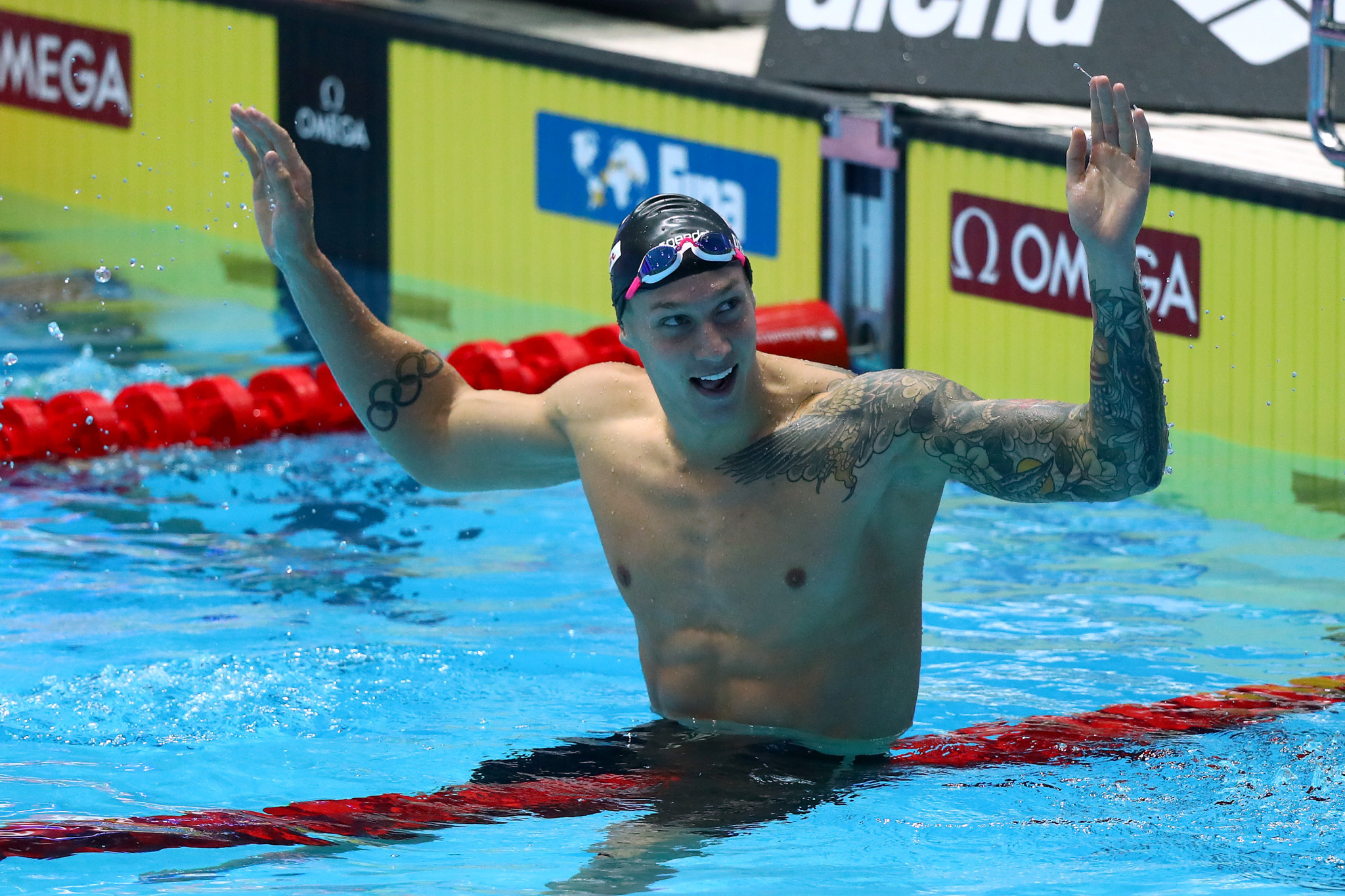 Record-breaking swimmer Caeleb Dressel will be looking to become the first man to smash through the 20-second barrier with the help of the infamous "super suit".

The two-time Olympic gold-medallist recently broke three world records at the International Swimming League (ISL) event in Hungarian capital Budapest – including the short course 50 metres freestyle, where he posted a time of 20.16sec.

Dressel is set to take part in an exhibition event next month for his sponsors, Speedo, which is designed to see how fast a man can go in water without any restrictions.

The 24-year-old American is expected to wear the Speedo LZR Racer suit which was made famous at Beijing 2008 when it was worn by 94 per cent of swimmers who won a gold medal.

The suit was later outlawed in 2010 by the International Swimming Federation, with male swimmers prevented from wearing full body suits and forced to revert to the current knee-length jammer shorts.

Swimming in approved suits, Dressel has already beaten the winning time at Beijing 2008.

Dressel also smashed the world record for the 100m individual medley earlier this month, becoming the first person to break the 50-second barrier in that event.

He is teaming up with Speedo to explore what would be possible were the athletes of today permitted to wear the suit.

"I’m looking forward to racing in this historic suit and really excited that Speedo has put this event together," said Dressel.

"I’m not sure what to expect time wise but I am confident I can put together a well-executed race and we’ll see what happens.

"I was too young to experience the hype of the LZR Racer, but I feel I am part of it now.

"Speedo has always been the front runner in swimming and I am always proud to be partnered with a brand that continually pushes the boundaries of innovation."

Dressel’s coach Gregg Troy said he was excited to see how fast his athlete could go in the banned suit and felt it was another opportunity for the swimmer to "leave a mark on the sport".

"The Speedo LZR Racer suit was not only an aid to competition but allowed athletes to expand what they thought was possible in the pool," said Troy.

"It helped athletes know more about body position, controlling speed and the importance of a strong core.

"It broke through the glass ceilings over the sport."

Speedo is set to release footage of Dressel’s attempts across its social media channels on December 10.