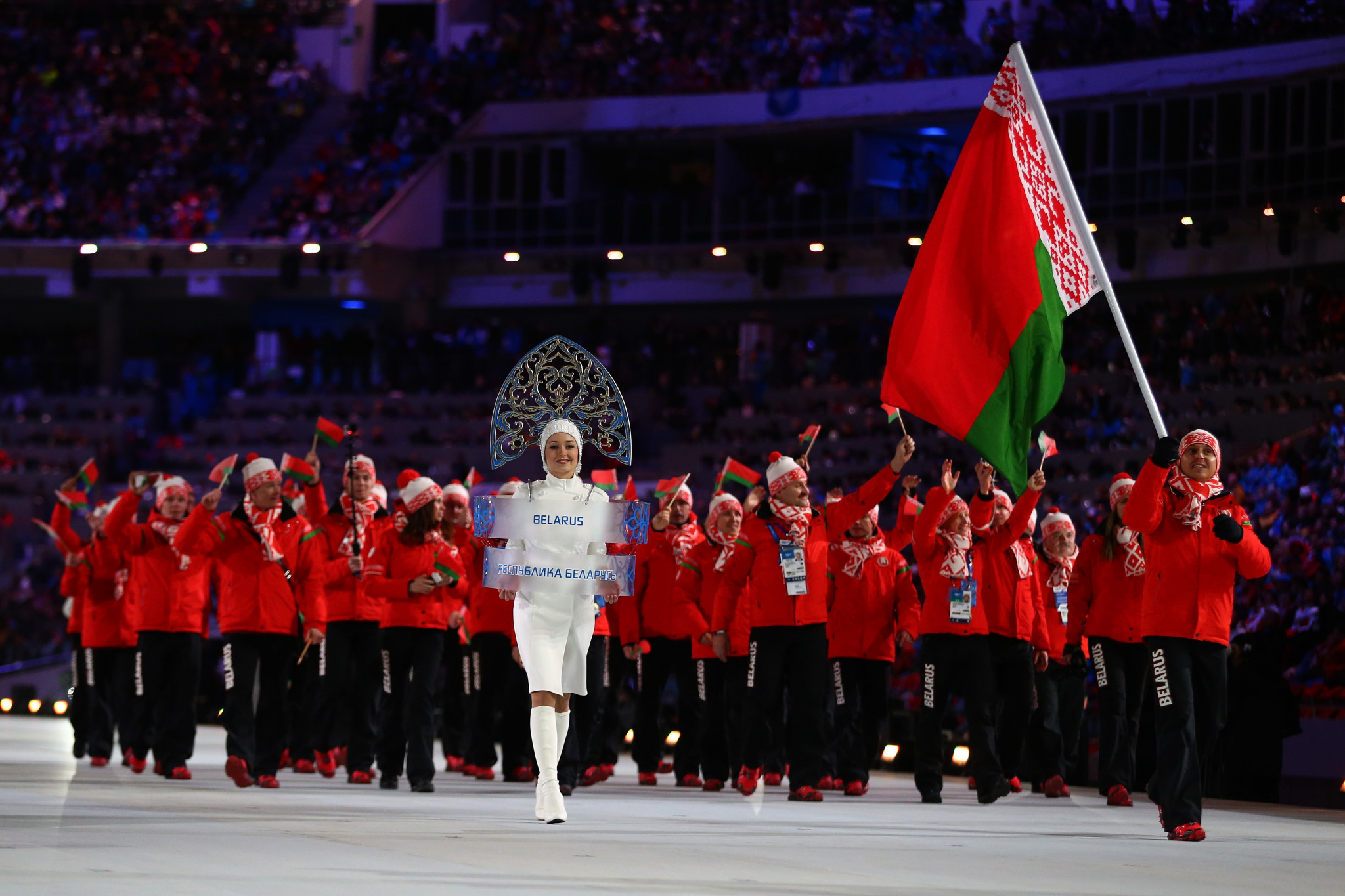 The IOC Executive Board decided take this action because of "the growing number of worrying reports concerning athletes, officials and sports in Belarus", the IOC said.

It will now consider whether sanctions should be applied against the NOCRB, which is led by the country's President Alexander Lukashenko.

Lukashenko was controversially re-elected as President in August.

The election has been widely dismissed as neither fair nor free, and there have been widespread protests in Belarus since, despite the authorities' heavy-handed crackdown.

The NOCRB is alleged to have discriminated against athletes who have spoken out and participated in protests aimed at Lukashenko.

Belarusian athletes who say they have been targeted by the NOCRB have called on the IOC to suspend the organisation, which could see the nation's flag and anthem banned from Tokyo 2020.

Aliaksandra Herasimenia, a winner of three Olympic swimming medals, has led calls for the IOC to take action and took part in a protest march in October where a letter calling on the IOC to suspend the NOCRB was delivered to Olympic House in Lausanne.

Herasimenia leads the Belarus Sport Solidarity Foundation which claimed the Belarusian Government has intimidated at least 40 athletes and coaches.

Ten have been given prison sentences including Olympic basketball player Yelena Leuchanka.

The IOC Executive Board has also received updates regarding the crisis-hit International Boxing Association (AIBA).

AIBA is currently suspended, with an IOC Boxing Task Force instead overseeing the boxing tournament at Tokyo 2020.

In its statement, the IOC said that it was noted that its recommendation "to put the AIBA reforms and their implementation first has not been respected to date", and that the IOC would not consider AIBA's status until this had been done.

A new AIBA President is due to be elected in December, although the IOC said concerns have been raised against some of the seven candidates.