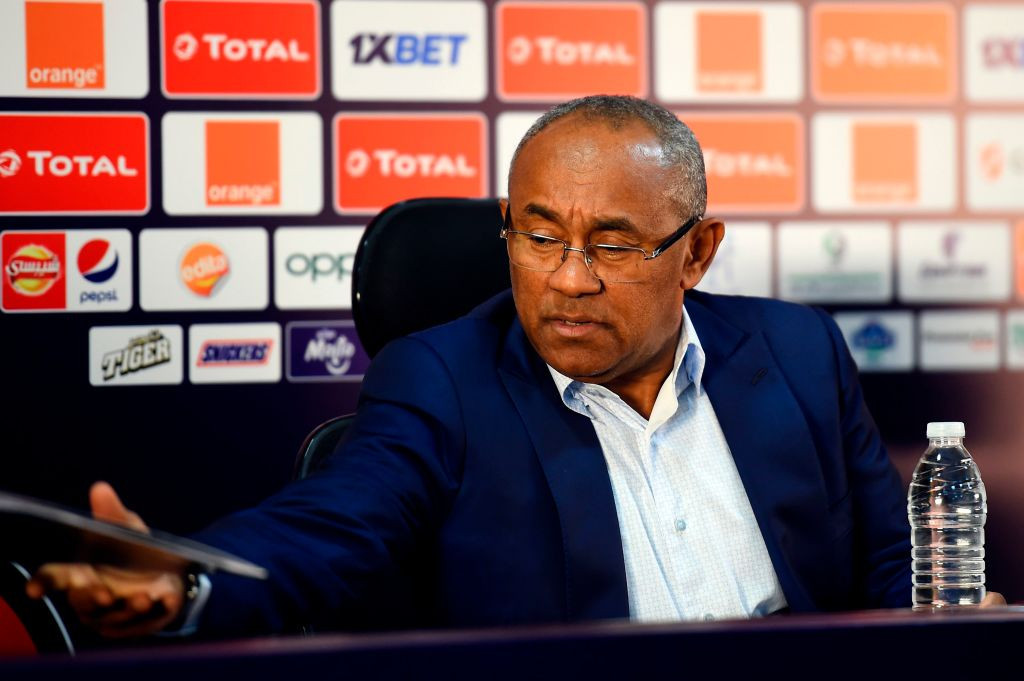 Confederation of African Football (CAF) President Ahmad has confirmed he will appeal his five-year ban at the Court of Arbitration for Sport (CAS).

Ahmad was this week sanctioned by the FIFA Ethics Committee for ethics breaches including the mismanagement of funds during his turbulent four-year term at the helm of CAF.

In a statement issued by his legal team and published on Ahmad's Twitter feed, the Madagascan official claimed the FIFA Ethics Committee expedited the sanction to prevent him from being re-elected President of the African body.

Ahmad, found guilty by FIFA of breaching his duty of loyalty, offering gifts and other benefits, mismanaging funds and abusing his position as the CAF President, is requesting the CAS to stay the decision to ban him for five years "so as not to aggravate the prejudice he is suffering, and allow him to campaign for his re-election", the statement said.

The FIFA vice-president is bidding for a second term but could be ruled ineligible based on the decision from the FIFA Ethics Committee, which he claims was "not rendered in a fair and impartial manner".

Ahmad claims the ethics probe has been full of "irregularities" and that leaks relating to his case have been "systematically unfavourable" to him, "preventing...a serene investigation from taking place".

His first four-year term as CAF President had been clouded by allegations of financial wrongdoing and other ethics breaches, prompting FIFA to launch a probe into his conduct.

The investigation "concerned various CAF-related governance issues, including the organisation and financing of an Umrah pilgrimage to Mecca, his involvement in CAF's dealings with the sports equipment company Tactical Steel and other activities".

I challenge the sanction that has been imposed. Beyond my case, it is the self-determination of #football in #Africa that is under attack. pic.twitter.com/9UpTd1W07U

FIFA effectively took over control of CAF in July 2019 following a series of allegations levelled at Ahmad, who was arrested over corruption charges in Paris last June and has also been accused of sexual harassment.

He had not been charged with any offence until the decision from the FIFA Ethics Committee.

The allegations prompted FIFA to commission PricewaterhouseCoopers to conduct an audit into CAF, which said the African body's accounts were "unreliable and not trustworthy".

"The facts were presented in a highly questionable manner by the investigatory chamber to the adjudicatory chamber of the FIFA Ethics Committee," the statement from Ahmad's team reads.

"Moreover, the latter hastened to issue an urgent and immediately enforceable decision, without providing the grounds of the sentence, despite its seriousness.

"The reason for such haste could be that this sentence would prevent President Ahmad from being re-elected to the Presidency of CAF in the elections scheduled for March 2021, despite the many supporters already declared in his favour."

Ahmed Yahya, President of the Football Federation of the Islamic Republic of Mauritania and South African billionaire Patrice Motsepe are among those challenging Ahmad for the CAF Presidency.

Ahmad temporarily vacated his role as CAF President earlier this month after testing positive for coronavirus.

First vice-president Constant Omari will head CAF until the end of the month after Ahmad was asked to "limit his efforts".