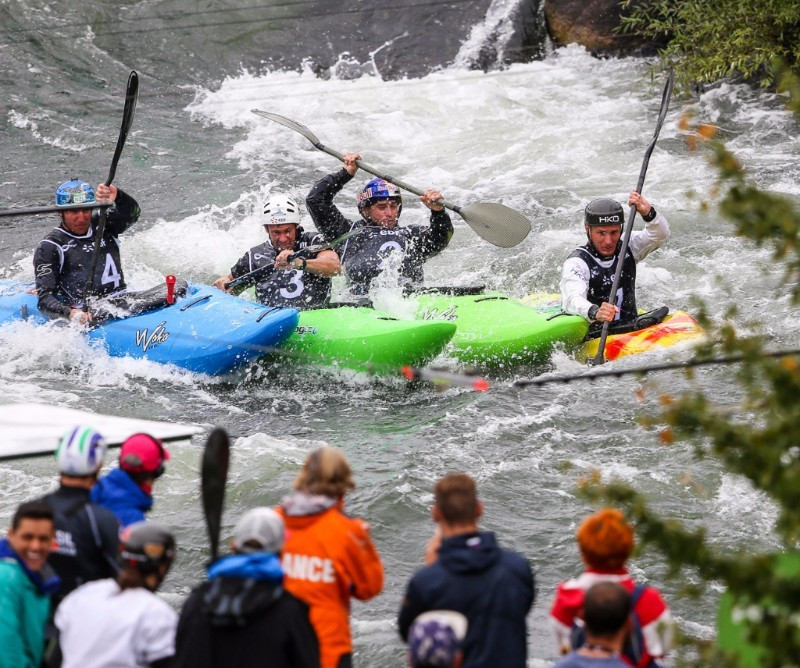 The ICF Board has agreed to include extreme canoe slalom as part of its proposal to the International Olympic Committee (IOC), which is set to announce the full event programme for Paris 2024 next month.

It has decided to cut two canoe sprint events to make room for the new discipline, but has not yet confirmed which ones would be axed.

The ICF's proposal does not increase the number of athlete quotas as those entered in the slalom events would also contest the competitions in the extreme version of the sport.

Extreme events would also be held on the same slalom course at the National Olympic Nautical Stadium of Île-de-France, the proposed canoeing venue at Paris 2024.

Should its plan be accepted by the IOC, there would be two gold medals on offer in extreme canoe slalom at Paris 2024 - one for men and one for women.

Canoeing's programme for Tokyo 2020 includes 16 events - 10 in canoe sprint and six in slalom - and that number is unchanged under the ICF's proposal for the 2024 Olympics in the French capital.

"This decision allows the ICF to keep its core strengths, and at the same time bring innovation and diversity to the 2024 Olympic programme," said ICF President José Perurena.

"Extreme slalom can be part of our sport's future, and we know it will be a great fit in the Olympic Games.

"It's fast, popular with athletes and spectators alike, and comes across very well on television.

"It sits nicely inside the IOC brief to introduce new, adrenaline-charged events that appeal to younger audiences."

Extreme slalom sees multiple athletes' race down the slalom course at the same time, with paddlers battling to reach the first buoy on the course to earn an advantage.

The ICF say the races are over in around one minute.