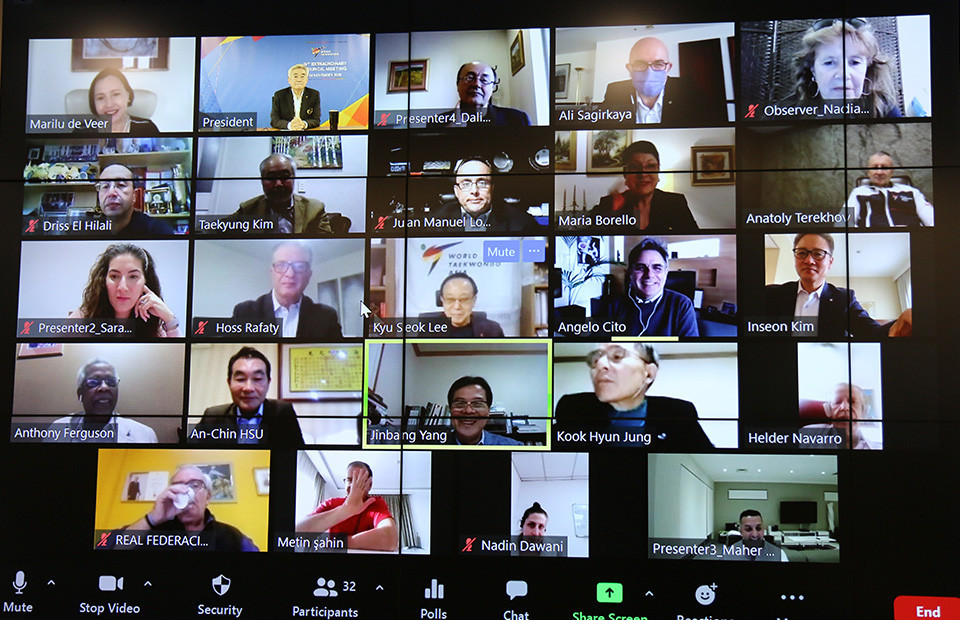 World Taekwondo has confirmed it has proposed a mixed team event for inclusion at the 2024 Olympic Games in Paris.

The International Olympic Committee (IOC) said earlier this year that 20 of the 27 International Federations governing summer Olympic sports had requested changes to the Paris 2024 programme.

World Taekwondo failed with a similar proposal for Tokyo 2020, but is hoping it will follow other sports in having a mixed team event accepted for Olympic inclusion by the IOC.

Members of the World Taekwondo Council heard a report from IOC sports director Kit McConnell on the process for establishing the Paris 2024 event schedule, set to be confirmed by the Executive Board at its meeting next month.

World Taekwondo has also revealed it is considering holding a Grand Prix Challenge event prior to the postponed Tokyo 2020 Olympic Games to "provide more opportunities for athletes to compete".

The proposal to develop the Challenge, which would take place in Taekwondowon in Muju in South Korea, was discussed during the virtual meeting.

The format is not yet clear as the plans appear to be at a very early stage, but it could be held before the rescheduled Olympic Games, set to run from July 23 to August 8.

World Taekwondo is hoping to establish an Open Championships solely for women off the back of its Gender Equity and Women Leadership Forum, due to be held on November 27 and 28.

Details on the forum, being organised with the Saudi Arabian Olympic Committee, were presented to the Council by member Sarah Stevenson during the meeting.

The Council was given an update on the ongoing Online World Taekwondo Poomsae Championships.

World Taekwondo has received more than 1,560 registrations from 98 countries for the event.

"I do not wish for us to look back.

"We should look at 2021 as the start of another successful decade for World Taekwondo.

"One of the silver linings from the pandemic is that it allowed us to reset and adapt creatively to the current challenges and lay the foundations for our future.

"Next year will be the 48th anniversary of World Taekwondo’s founding.

"I want World Taekwondo to be recognised as one of the most sustainable and respectable international federations by 2023."