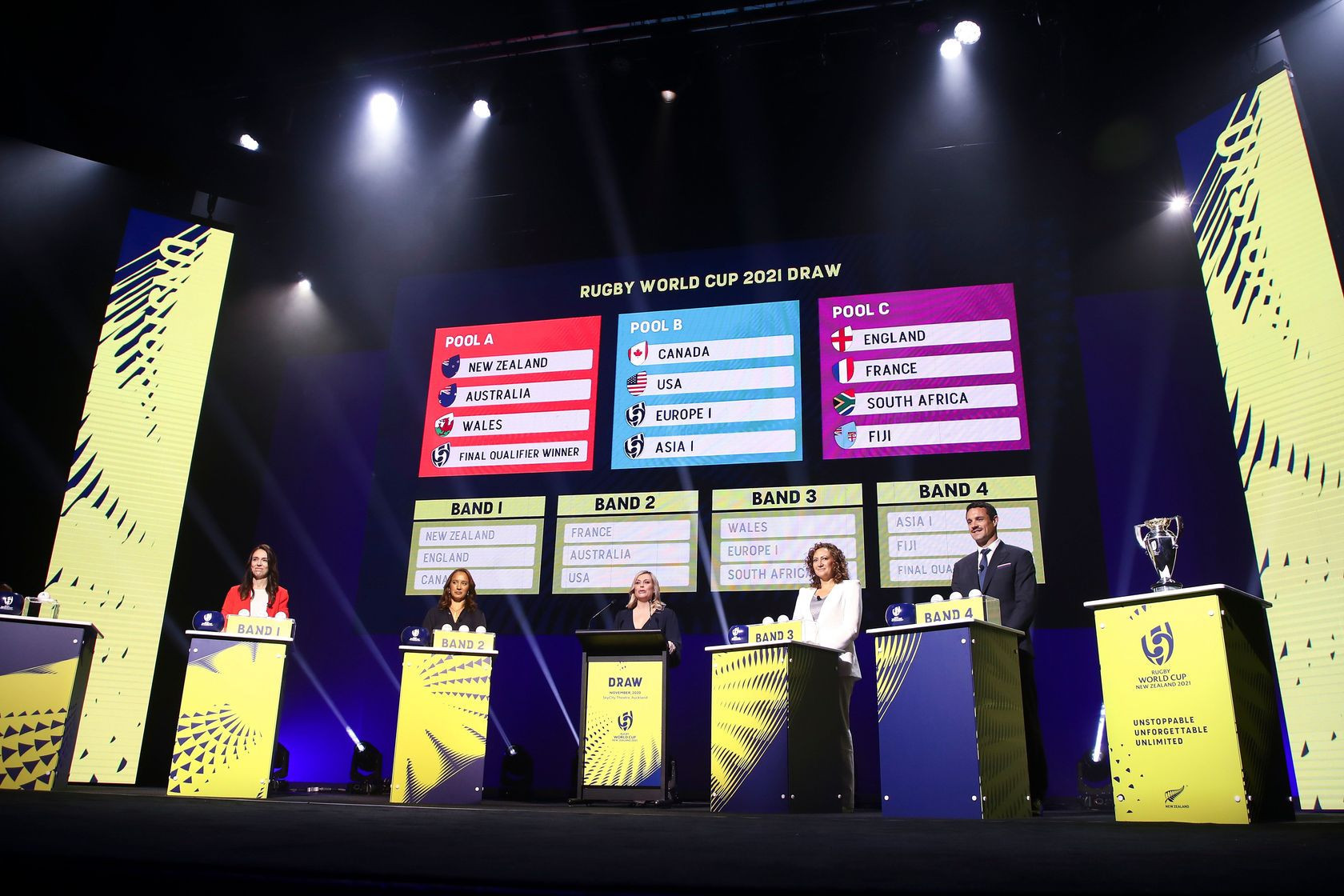 Hosts and defending champions New Zealand are set to play Australia in the 2021 Rugby World Cup group stage following the completion of the draw for the women's tournament.

New Zealand will meet Australia, Wales and the final qualification tournament winner in Pool A.

Canada and the United States are due to play in Pool B, alongside qualifiers from Europe and Asia.

Rugby World Cup 2017 runners-up England were drawn in Pool C with bronze medallists France, South Africa and Fiji, who are set to make their tournament debut.

The World Rugby women's rankings were used to determine the draw seedings for the first time.

New Zealand Prime Minister Jacinda Ardern, together with Rugby World Cup winners Melodie Robinson, Farah Palmer and Dan Carter, drew the balls for the ninth edition of the flagship women's event in in front of 400 guests at the SkyCity Theatre in Auckland.

The occasion also featured a performance from the Ngāti Whātua tribe.

"This World Cup is an opportunity," Ardern said.

"An opportunity to break down gender discrimination in sport.

"And finally an opportunity to extend the manaakitanga that New Zealand is famous for.

"We are committed to a spectacular Rugby World Cup 2021 and we can’t wait to welcome all 12 teams to Aotearoa New Zealand."

Fiji and South Africa confirmed their places through the regional qualification process in 2019.

The remaining three places are set to be filled by a qualifier from Asia and Europe together with the winner of the final qualification tournament.

The match schedule for the tournament, planned for September 18 to October 16 next year, is set to be announced later in the year.

"New Zealand 2021 will be one of the great Rugby World Cups," said World Rugby chairman Sir Bill Beaumont, who could not attend the draw due to the COVID-19 pandemic.

"It will be a celebration of the host nation, of world-class rugby and women in rugby and it will play a huge role in inspiring more women, girls and boys to get into rugby.

"Today marks an important step towards that ambition.

"It is the day that the teams and fans have been waiting for with great anticipation, the moment the tournament truly comes alive and the final preparations begin in earnest.

"Twenty twenty one will be a golden year for women in rugby with the Olympics and collectively we are ready to convert that opportunity into impactful and sustainable momentum for the women’s game and the growth of the sport as a whole."