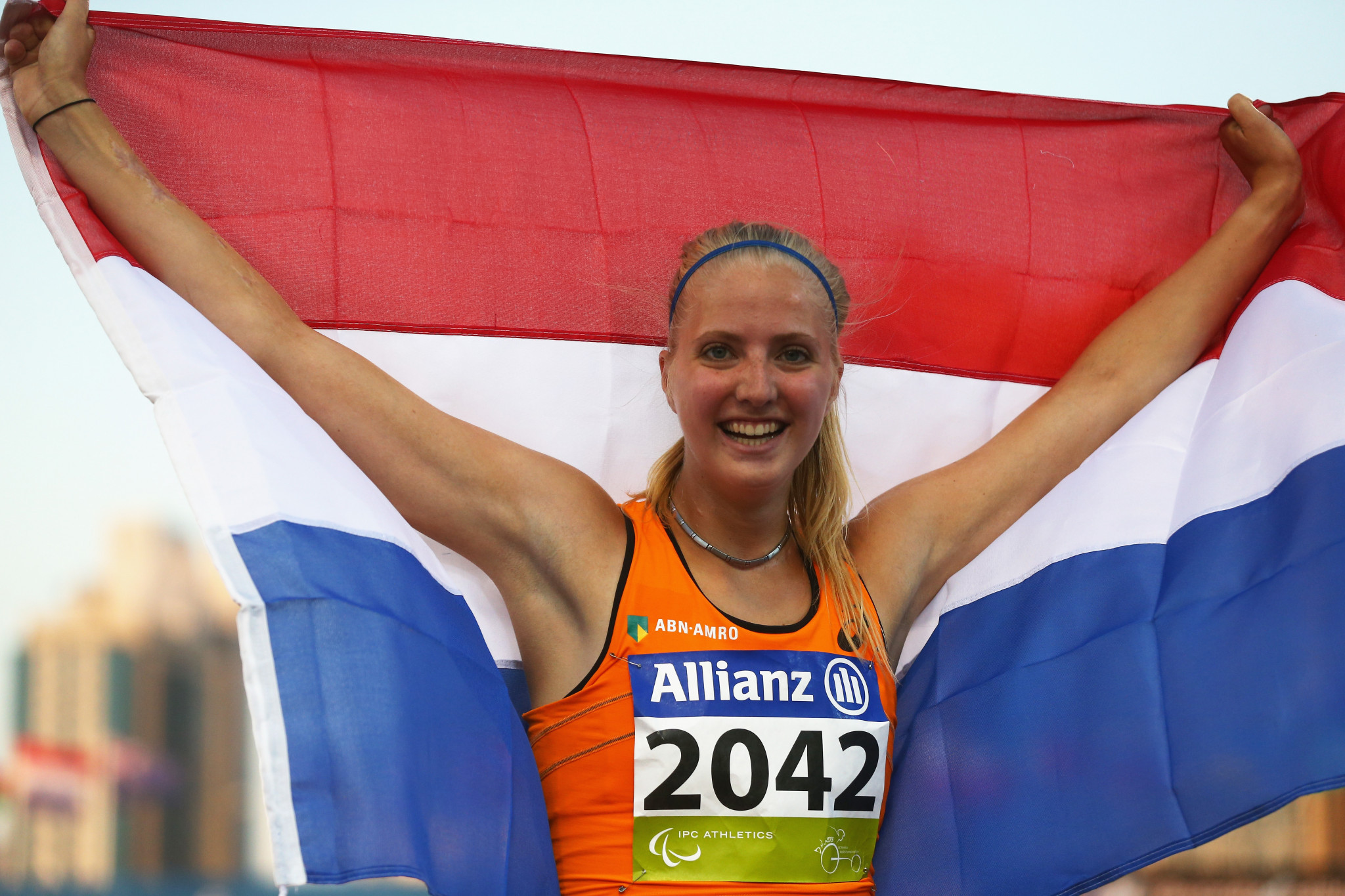 Fleur Jong of The Netherlands is set to compete in the long jump instead of the 100 metre and 200m contests at next year's Paralympic Games in Tokyo.

Despite enjoying significant success in the sprint events since, Jong has decided to switch to long jump for Tokyo 2020.

She broke the T62 long jump world record with an attempt of 5.21m after contesting the discipline at the World Para Athletics Grand Prix in Paris in August 2019, and is now seeded number one in the T62/64 combined class.

"The Paralympic sport has evolved so immensely," Jong said.

"You can't afford to spread your chances.

“Everyone's getting better, so you can't just bet on two horses.

"Then you're going to end up with nothing."

Like all athletes, Jong was impacted by the postponement of the Paralympics to August 24 to September 5 2021 as a result of the COVID-19 pandemic, but she has continued to prepare for the Games.

"We're trying to change goals, change mindsets kind of and change the way in which we approach these things, because that's the only way we feel we can really find the right path for me," she said.

"Last year, I think we found the right path.

"I improved all my personal bests, so that's going well.

"Because I've never had such a good year before.

"So we're gonna evaluate the past year, so I'm really curious to find out what we are going to do."

Jong lost both her legs after contracting a blood infection aged 16.

She took up Para-athletics in 2014, following an invitation from two-time Paralympian Marlou van Rhijn to a Paralympic talent day in the Netherlands.

Just three years after taking up the sport, Jong won bronze in the T44m 200m at the 2015 World Championships in Doha and again in the same event in 2017.

She is also currently world number three in the 100m discipline and broke van Rhijn's T62 world record at this year's 10th Invitation Para Athletics International Meeting in Leverkusen after clocking a time of 12.78sec.