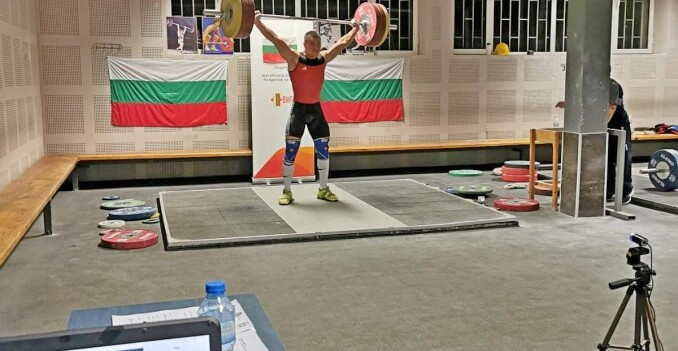 Nasar was dominant in the men's 81 kilogram contest, sweeping the snatch, clean and jerk, and overall titles.

He lifted 155kg to triumph in the snatch.

Ecuador's Pico Guadamud and Daniel Kuzmichev of Russia both finished on 140kg, with the former favoured for the silver medal.

Nasar continued his impressive form in the clean and jerk, opting to sit out of the final lift after his second round attempt of 190kg was sufficient for gold.

Kuzmichev was upgraded to silver after a lift of 180kg, with Khojiakbar Olimov of Uzbekistan claiming bronze on 170kg.

The 16-year-old Nasar was the clear winner of the overall title after lifting a total of 345kg.

In second was Kuzmichev with 320kg, followed by Olimov on 308kg.

García was just as commanding in the women's 64kg.

She led from the start in the snatch and clinched gold with a lift of 88kg.

Gulnur Ybray of Kazakhstan was not far behind, lifting 87kg to take silver.

Bronze went to Ingrid Segura after the Colombian managed 86kg.

The 17-year-old García had already claimed clean and jerk gold by the second round, but went on to finish with a lift of 118kg.

Segura snuck in to take silver after Ybray failed a lift of 113kg and had to settle on bronze for 111kg, with Segura herself succeeding with the 113kg lift.

Segura's success in the clean and jerk proved vital as she finished second on 199kg, with Ybray in third on 197kg.

The three victories for García resulted in a significant change in the medal table.

Indonesia remain in third on five gold medals and one silver.

Competition is scheduled to continue tomorrow with the women's 71kg and men's 89kg.