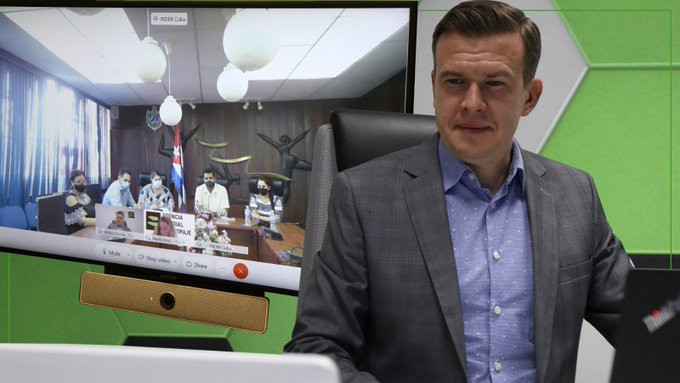 The investigation into doping in weightlifting, cases arising from the Moscow Laboratory database and the impact of COVID-19 on the global system are set to be among the main topics on the agenda when the World Anti-Doping Agency (WADA) Executive Committee meets remotely tomorrow.

WADA's dispute with the Russian Anti-Doping Agency (RUSADA), heard by the Court of Arbitration for Sport last week, governance reforms at the anti-doping watchdog and its relationship with the United States are also expected to be discussed during the meeting.

WADA revealed last month that 18 weightlifters from six countries are suspected of providing manipulated urine after it discovered evidence of "doppelgangers" impersonating athletes during a probe into doping in the sport.

The Executive Committee is expected to hear a progress report on the investigation, launched by WADA's intelligence and investigations department in August 2017, during the meeting.

Updates are also set to be provided on cases stemming from the Laboratory Information Management System (LIMS) database at the Moscow Laboratory.

According to the latest update provided by WADA, a total of 61 potential anti-doping rule violations based on LIMS evidence have so far been sent to International Federations and major event organisations.

The impact of the coronavirus pandemic, which forced a near global shutdown of drug testing before it began to resume as restrictions imposed to combat COVID-19 started to ease, is also on the agenda.

Yesterday, I had a very positive meeting with the Honorable James W. Carroll of the U.S. ONDCP. We agreed that the partnership between WADA and the U.S. was vitally important and committed to a renewed path of dialogue and collaboration. #CleanSport https://t.co/84LnZPeqjn pic.twitter.com/583uWQZa8T

WADA director general Olivier Niggli claimed earlier this year that "anti-doping work has intensified quickly" since the start of the easing of restrictions, and that more than 11,000 samples had been collected in July.

The organisation established an expert testing group to identify lessons the anti-doping system can learn from the global health crisis in September.

Progress in WADA's governance reform process, including athlete representation and the appointment of two additional independent members to the Executive Committee, is high on the agenda for the meeting, which proceeds the bi-annual gathering of the Foundation Board on Thursday (November 12).

WADA has already implemented reforms including establishing a Nominations Committee to vet officials for roles within the organisation since the package of reforms was approved in November 2018.

But it decided to appoint an expert working group during the last Executive Committee meeting in September to monitor progress with the reforms amid criticism from the United States and other countries.

The latest Executive Committee meeting comes less than a week after WADA held "very positive" talks with the US Office of National Drug Control Policy (ONDCP).

The meeting appeared to represent a thaw in the fractious relationship between WADA and the US after a report published by the ONDCP earlier this year sparked a public row.

The ONDCP had claimed "insufficient progress" had been made by WADA working groups convened in November 2016 to explore options to reform.

The ONDCP also questioned whether the country's investment into the organisation is worthwhile and was critical of the lack of US representation within WADA's governance.

This prompted a threat from the US to withhold its annual payment of $2.7 million (£2.03 million/€2.27 million) in WADA funding, more than any other nation.