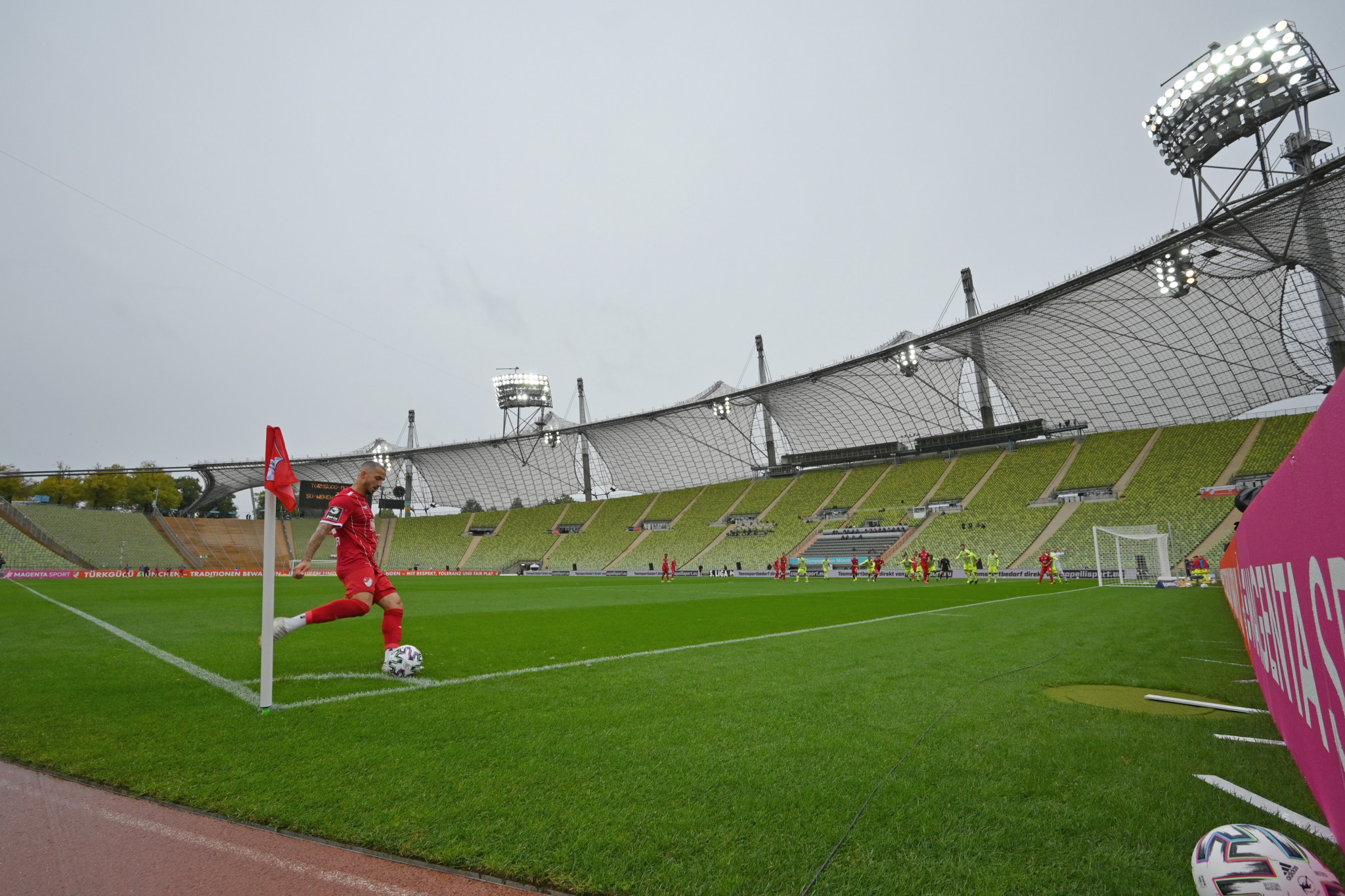 A professional football club is playing home matches at Munich's Olympic Stadium for the first time in 14 seasons, with third-tier Türkgücü Munich using it as one of the club's temporary bases.

The Olympic Stadium was built for when Munich hosted the 1972 Games, and is set to be a key venue for the 2022 European Championships in the city.

Track and field events are set to be held in the Olympic Stadium come 2022.

Türkgücü Munich, a club founded by Turkish immigrants and promoted to the third division last season, has been given permission to play up to eight home matches at the stadium this season.

The club is without a permanent home and also using the Grünwalder Stadion, which is home to fellow 3. Liga sides 1860 Munich and Bayern Munich II.

The first Türkgücü match at the Olympic Stadium finished 0-0, versus Wehen Wiesbaden, on October 10.

No fans were present because of the coronavirus pandemic.

MSV Duisburg are due to meet Türkgücü Munich at the Olympic Stadium on Saturday (November 14).

Bayern Munich played at the Olympic Stadium for more than three decades following the 1972 Olympics, and 1860 Munich also called it home for a period, before Allianz Arena was built.

Since they left in 2005, the Olympic Stadium has been used fleetingly for football, although it did host the UEFA Women's Champions League final in 2012.

It was a FIFA World Cup venue in 1974 and was used for the final as West Germany beat The Netherlands 2-1.

The Olympic Stadium has staged both the UEFA Champions League and European Cup finals also, but was not used during the 2006 World Cup.

In 2002, the European Athletics Championships were held at the venue.

It has also witnessed concerts from acts including U2, Michael Jackson, Celine Dion and Robbie Williams.

There are expected to be 4,400 athletes competing across nine sports at the 2022 European Championships.

The majority of the action will take place in the city's Olympic Park, which includes the Olympic Stadium.