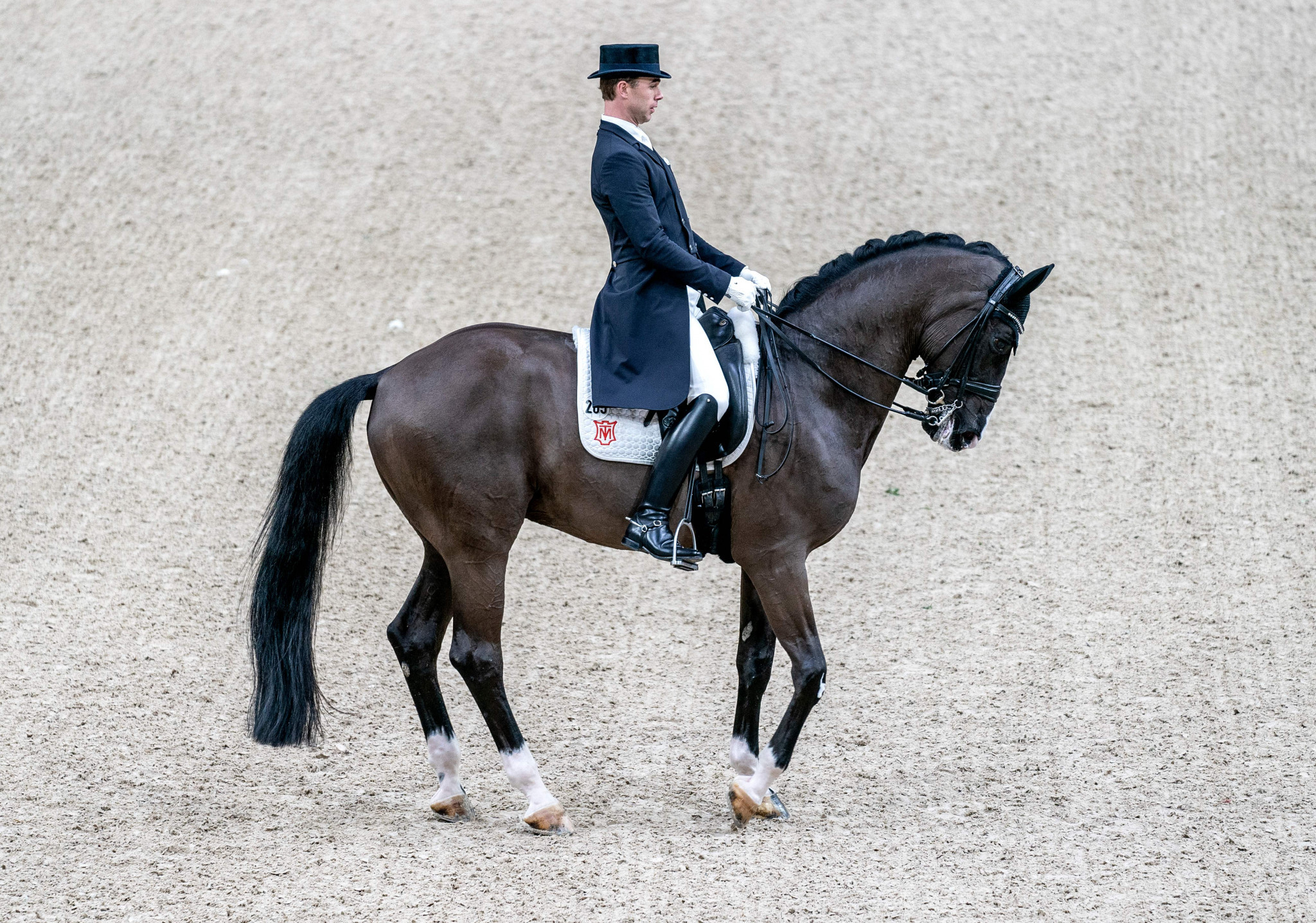 Dressage riders have sent a petition to the International Equestrian Federation (FEI) asking the governing body to rethink a ban on top hats during competition.

From next year, riders will have to wear protective headgear at all times during competition.

The rule change is set to be finalised at the FEI General Assembly, due to be held virtually on November 23.

The petition, which has been signed by 150 dressage riders and sent by International Dressage Riders Club (IDRC) President Kyra Kyrklund, asks the FEI to allow top hats to be worn during international competition, as reported by Horse and Hound.

Irish rider Dane Rawlins, who has also acted as a coach at Olympic Games such as Sydney 2000 and London 2012, was a signatory of the petition.

"At that top level, there should be the choice,” he said.

"When it comes to prize-givings or anything else, we agree; crash hats, but the people dictating this are inevitably not the people doing it.

"Are we really going to allow people who don’t do it to dictate the terms of our sport?

German Grand Prix rider Simone Pearce voiced her concern about the petition, however.

"We as professionals have a duty to be positive role models to the younger generations and to the equestrian community alike," she said.

"I understand the argument that the rate of accidents in the competition arena is very low, but it is possible so why not eliminate any risk?"

The petition asked for the matter to be added to the General Assembly agenda, but the FEI claimed the request was sent too late to be put up for discussion.

"The petition was sent to the FEI by IDRC President Kyra Kyrklund last week," a spokesperson from the governing body said.

"However, as the FEI did not receive any request to change this rule during the period of the rules consultation process, neither from the IDRC nor national federations, the item has not been included on the General Assembly agenda for a vote.

"It is now too late to submit anything new for the 2020 General Assembly due to statutory deadlines to which we need to adhere."