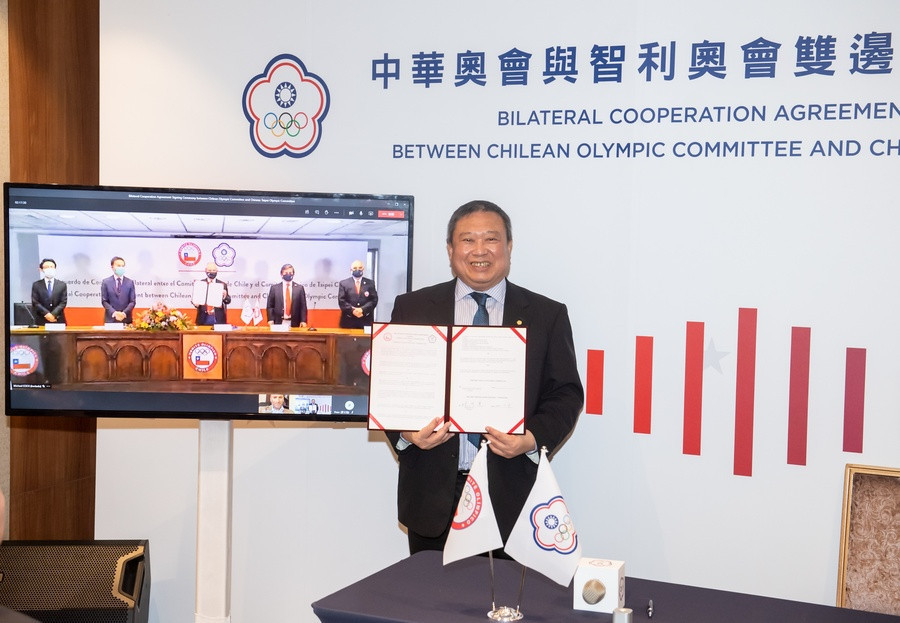 CTOC President Hong-Dow Lin and COC President Miguel Angel Mujica signed the agreement during a online ceremony, held virtually as a result of the COVID-19 pandemic.

Other delegates from both Chinese Taipei and Chile witnessed the ceremony.

"Despite the impact of the COVID-19 pandemic, CTOC still dedicates to strengthening our relationship with our National Olympic Committee (NOC) counterparts and the Olympic Family," Lin said.

Mujica expressed hope that the signing of the bilateral cooperation agreement would elevate the relationship between the two NOCs through future sports exchanges.

"With this agreement, two National Olympic Committees that are separated by thousands of kilometres are united in the mission of promoting the Olympic values and protecting high-performance sport in our nations," he said.

"We hope to transform this agreement into a committed work, where we can acquire knowledge and at the same time share everything with you that our Committee has perfected over the years."

The CTOC has signed similar agreements with 38 other NOCs, including Brazil, Honduras and Saint Lucia.