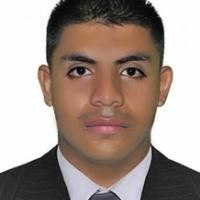 The International Paralympic Committee (IPC) confirmed the marathon racer had committed an "unintentional" violation of anti-doping rules at the 2019 Berlin Marathon.

According to the IPC, Sanclemente returned "an adverse analytical finding for a prohibited substance" in a urine sample provided during an in-competition test on September 29 2019 after finishing the race.

The sample was found to contain metabolites of sibutramine. which is included on the World Anti-Doping Agency’s prohibited list under the class S6b.

The IPC accepted Sanclemente neither consumed sibutramine in competition nor in order to enhance his sporting performance.

"Following analysis of the evidence presented by the athlete and the WADA-accredited laboratories in Dresden and Utah, the IPC was satisfied that the ADRV (anti-doping rule violation) was unintentional, without significant fault or negligence on the part of the athlete, and that the source of the prohibited substance was the athlete’s prior out-of-competition consumption of a contaminated weight-loss supplement which did not list sibutramine among its ingredients," a statement from the IPC read.

"Each athlete is strictly liable for the substances found in his or her sample.

Sanclemente, who lost the use of his legs after he contracted a spinal cord infection in 2006, was deemed ineligible to compete for 13 months from the date of the test to October 28 this year.

All his results obtained from late September 2019 through to the start of his provisional suspension on November 25 2019 have been disqualified, including forfeiture of any medals, points, records and prizes.

This includes the 2019 Chicago Marathon and 2019 New York Marathon.

In a report by the Colombia Corre ahead of the Berlin Marathon, Sanclemente spoke of his determination to represent his country at the Tokyo 2020 Paralympic Games after a series of strong performances, including winning the Mexico City Marathon.

Sanclemente released a book in 2018 called 'Camino de un Valiente' [The Way of a Brave Man], which reflects on his life story and messages of strength from public speeches he gives.