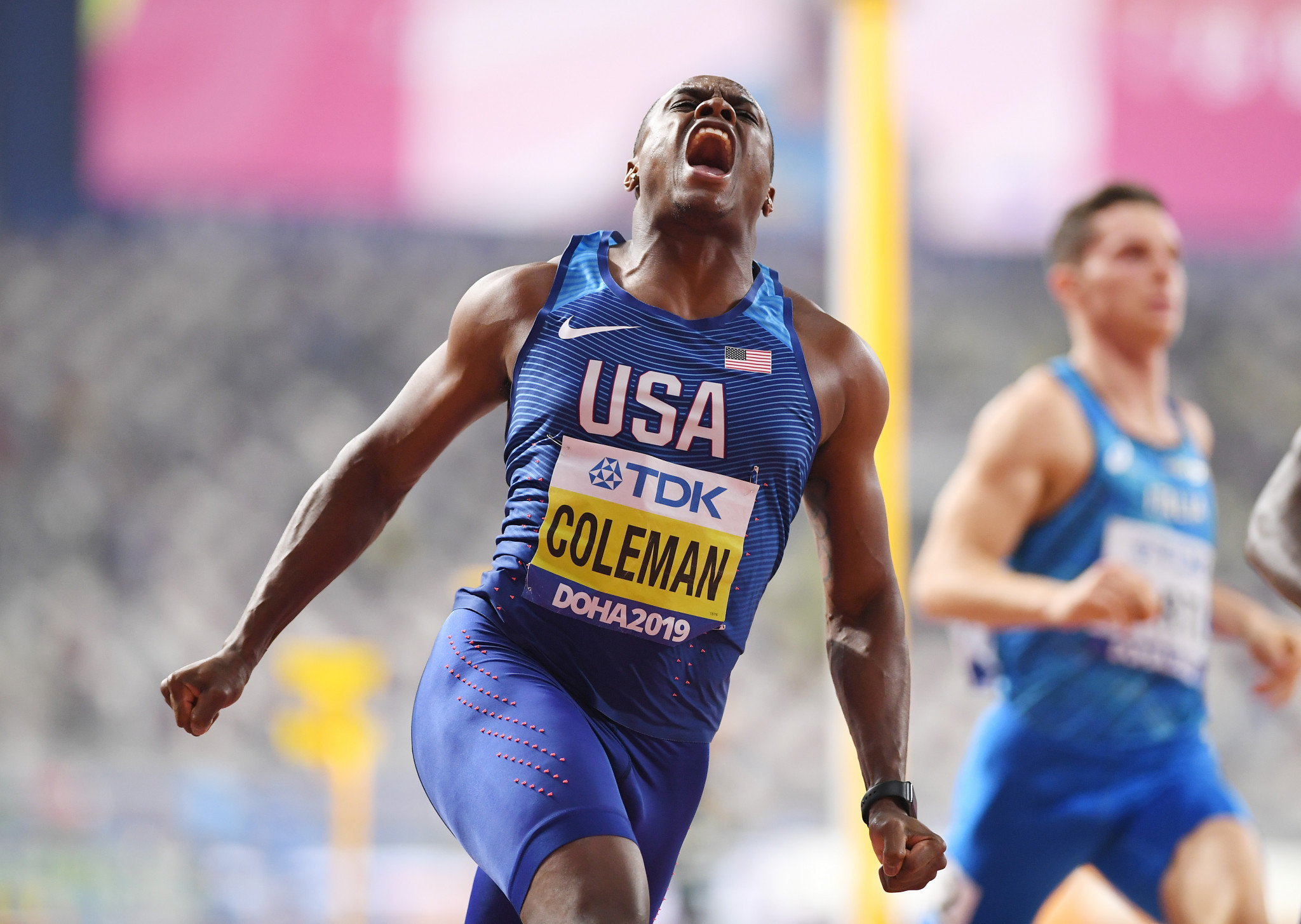 World champion sprinter Christian Coleman has been banned for two years for anti-doping offences, ruling him out of the Tokyo 2020 Olympics.

The American missed tests on January 16 and December 9 of last year, and was also charged with a filing error in connection with an attempted test on April 26.

Missing three tests in a 12-month period results in an anti-doping rule violation and a two-year suspension if it is the athlete's first offence.

Coleman accepted the first missed test but challenged the other two rulings, however the Athletics Integrity Unit (AIU) Disciplinary Tribunal did not find in his favour.

As a result, the world 100 meters champion has been banned for two years and is ineligible to race until May 13 2022.

The 24-year-old, who also won 4x100m relay gold with the United States team at the 219 World Athletics Championships, would have been the favourite to be crowned the world's fastest man at next year's Olympics.

Instead he will miss Tokyo 2020 in another blow for the sport.

The filing failure related to Coleman being in Iowa for the Drake Relays when he was contacted several hours before the 60-minute window for the day by a doping control officer (DCO), when he had said on the whereabouts system he would be in Kentucky.

Coleman asked if he could be tested in Iowa, which he could not, and then attempted to change his whereabouts information to Iowa after the conversation.

It was argued on Coleman's behalf that there was no filing failure as his whereabouts information was updated before the allocated 60-minute period, but the AIU Disciplinary Tribunal rejected this defence, emphasising that details should be updated "as soon as possible after the circumstances change, and in any event prior to the 60-minute time slot".

As Coleman had flown to Iowa two days before, the details had not been updated "as soon as possible", and it was also found that the updated whereabouts information related to a time which had already passed.

For the December missed test, Coleman was out Christmas shopping at the time when he had said he would be available for sample collection at his Lexington home.

Coleman argued that he returned home inside the 60-minute window, which lasted from 7:15pm to 8:15pm, and that the DCOs must have left early.

The DCOs testified this was not the case, providing a photo taken at 8:21pm, while shopping receipts also cast doubt on Coleman's claim.

A Walmart receipt showed he had purchased 16 items at 8:22pm.

Coleman claimed he returned home, watched the start of a National Football League game - which kicked off at 8:15pm - and must have then left his home again.

The Disciplinary Tribunal deemed it was "obvious" that the sprinter in fact did not come home until after that Walmart trip, given other shopping receipts were timestamped at 7:13pm and 7:53pm.

In rendering a two-year ban, the Disciplinary Tribunal described Coleman's behaviour as "very careless at best and reckless at worst" and viewed there to be no mitigating factors which could have reduced the ban.

The decision could yet be appealed to the Court of Arbitration for Sport.

Coleman previously escaped punishment after missing tests on June 6 2018 and January 16 and April 26 of 2019, successfully arguing that the 2018 case, a filing error, should be pushed back to the first day of the quarter, April 1, and subsequently out of the year-long window.

That allowed him to compete at the 2019 World Championships in Doha, where he won two gold medals.

Coleman won two silver medals at the 2017 World Championships, also in the 100m and 4x100m relay.

He did compete at Rio 2016, but only in the relay heats and was a spectator when the United States were disqualified in the final.