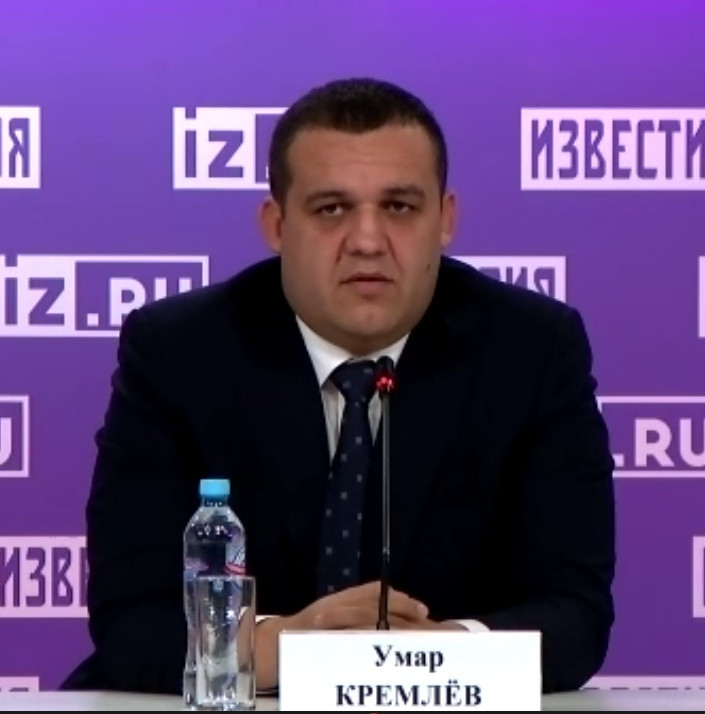 Kremlev, who is also European Boxing Confederation first vice-president and an AIBA Executive Committee member, presented his manifesto during an online press conference.

He claimed he would be able to pay off AIBA's significant debt accumulated under previous administrations by helping the embattled governing body earn $50 million (£38 million/€42 million) in sponsorship money.

That would easily wipe out the AIBA debt that Kremlev revealed during his press conference, which was also attended by Russian journalists in Moscow, now stood at $20 million (£15 million/€17 million).

"I will ensure that AIBA will no longer be burdened by debt," Kremlev said.

"Boxing is one of the most popular sports in the world and many companies are interested in sponsoring it.

"The television rights to AIBA events are hugely attractive to broadcasters.

"Within one or two years, AIBA will attract $50 million in sponsorship.

"All this money will go towards the development of AIBA."

The 37-year-old Kremlev detailed his plans to provide $2 million (£1.5 million/€1.7 million) of annual funding to AIBA’s National Federations and set up boxing academies on each continent to train athletes, coaches, referees and judges.

Kremlev also appeared confident his leadership would result in the reinstatement of AIBA by the International Olympic Committee (IOC) for Paris 2024.

"AIBA is an independent sports organisation," he said.

"I will bring in transparency to our operations, not only for the IOC, but also to set a precedent for all international sports bodies.

"We have to be clean before everyone else."

Other manifesto pledges include creating an efficient governance system based on transparency and integrity, to continue appointing and ensuring a proper functioning of AIBA Commissions and convening Boxing Forums annually to establish two-way communication between AIBA and its members.

It also promises to focus on renewing courses for technical officials, referees and judges, coaches, cutmen and ringside doctors.

The election is scheduled to be held virtually during the AIBA Extraordinary Congress on December 12 and 13.

It was widely expected the Russian would enter the race before the November 2 deadline and he claimed he threw his hat into the ring after waiting to see the standard of other candidates.

"I wanted to see who will stand for candidate to become the head of AIBA," Kremlev said.

"I wanted to judge if they will be able to save AIBA, to bring it to a high level again, I wanted to see if they are going to be serious candidates or not.

"Unfortunately, I could not see anybody who would be able to do this task.

"So, I decided to become a candidate for the head of AIBA myself.

"I speak a lot with different National Federations and the national associations, and I just cannot betray them.

"AIBA is an independent organisation which unites boxers, trainers and associations – for me it is important to have the support of these people."

Ukraine, Serbia, Colombia, Paraguay and the Solomon Islands issued a joint press statement in which they urged Kremlev to run for President earlier this month.

Kremlev, who recently recovered from coronavirus, also claimed "more than 50 countries" had asked him to stand for AIBA President.

In their letter, the five Federations listed several projects they claimed showed Kremlev was suitable for the role of AIBA President, also praising schemes launched since his appointment as chairman of the AIBA Marketing Commission.

These included the establishment of International Boxing Day on July 22 and the creation of the Global Boxing Forum, an event designed to help bring amateur and professional boxing closer together and increase cooperation.

Kremlev was also behind the launch of the AIBA Global Forums, an opportunity for National Federations in regions across the world to enter into dialogue with senior leaders from the world governing body.

The coronavirus crisis meant these were put on hold in March.

Kremlev suggested his election as AIBA President would see him step down from his role at the RBF.

"It will be very difficult to hold the two positions at the time," he said.

"I believe that in the case I am elected as head of AIBA, we will be able to find the right candidates for the Russian Boxing Federation."

AIBA has been without a permanent President for 18 months after Gafur Rakhimov stood down in March 2019 following allegations that he was involved in heroin trafficking.

The organisation has since been led on an interim basis by Morocco's Mohamed Moustahsane.

The IOC suspended AIBA in June of last year, a decision which stripped the body of any involvement in the boxing tournament at the Tokyo 2020 Olympic Games, because of concerns over its governance, finances and refereeing and judging.

In a last-ditch attempt to prevent AIBA being suspended by the IOC, Kremlev had in May 2019 offered to wipe out the International Federation’s $16 million (£12.3 million/€13.5 million) debt.

His offer was rejected by the IOC.

Kremlev claimed during his press conference that he would not personally wipe out AIBA's debt and that it would be raised through corporate sponsorship.

Kremlev is now behind the re-launch of the AIBA Global Boxing Cup – a remodelled version of the old-World Cup last held in 2008 – with a prize purse of nearly $2 million (£1.5 million/€1.7 million).