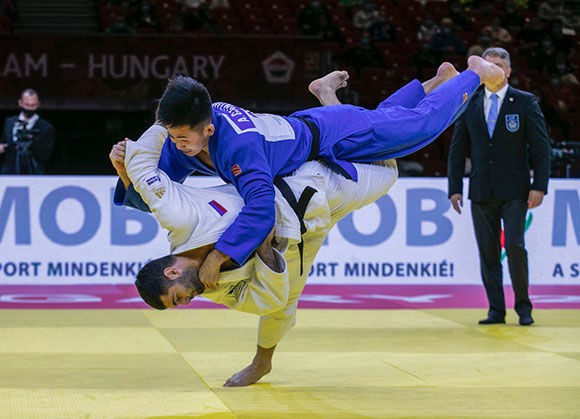 Russia once more dominated the men's contests on the final day of the Budapest Grand Slam, winning all three gold medals.

All of Tasoev's victories came via ippon, and the final lasted less than a minute.

A silver medallist at last year's World Championships, all of his victories also came via ippon, including in the final against fellow Russian Arman Adamian.

Gantulga was attempting to secure a first Grand Slam success, but instead Igolnikov earned his first since 2018.

Nonetheless, it was an impressive showing from Gantulga, including the prize scalp of 2019 World Championships bronze medallist Nemanja Majdov.

Nine of the 14 men's finalists at the first IJF event since March were Russian, and the nation finished top of the medals table with 10 in all.

Tcheuméo, a silver medallist at Rio 2016 and a third-place finisher before that at London 2012, had not won a Grand Slam outside of Paris since 2010.