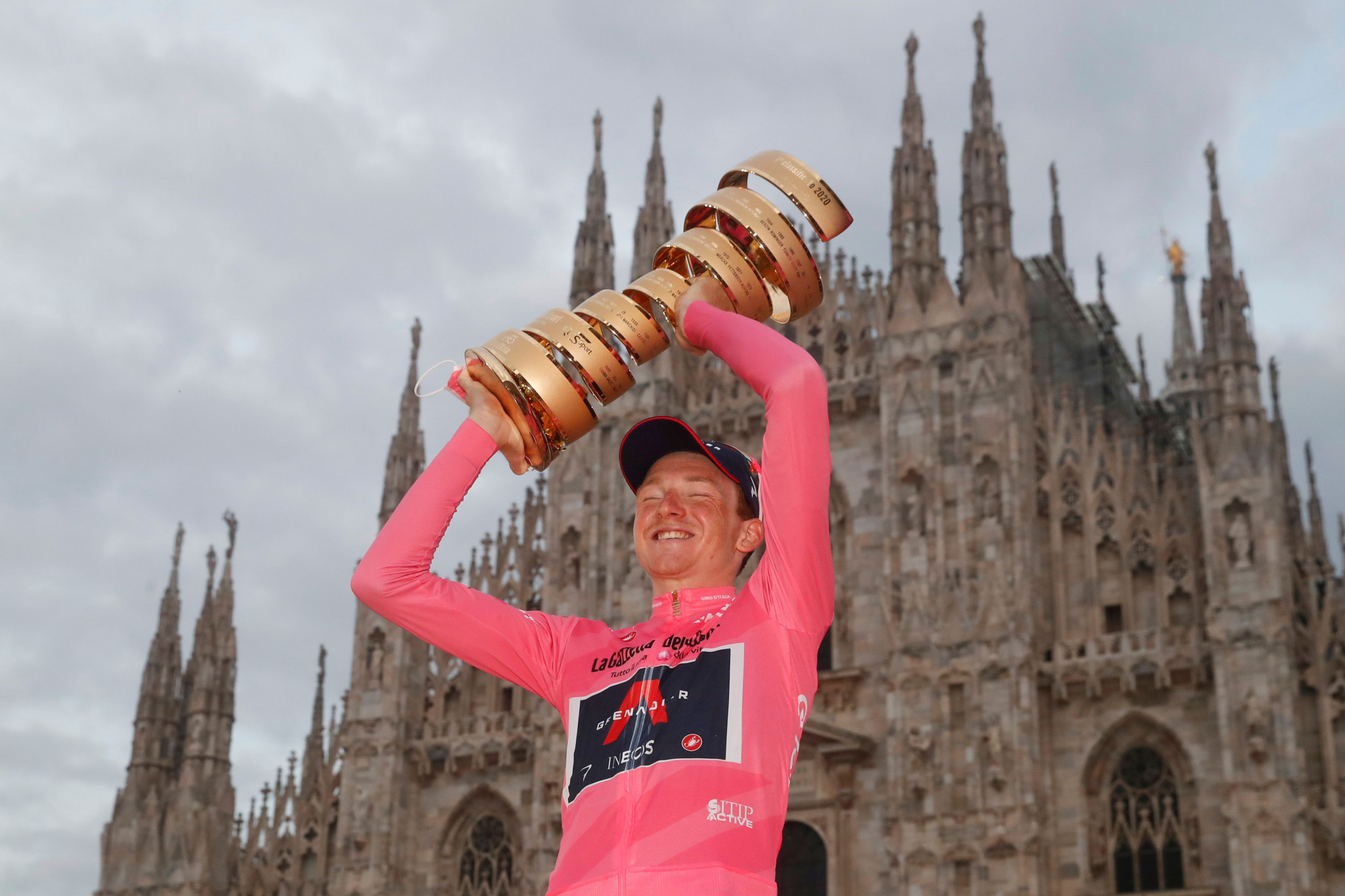 Tao Geoghegan Hart secured the overall victory at the Giro d’Italia after winning his head-to-head duel with Australia’s Jai Hindley in the final-stage time trial in Milan.

Both riders began the final stage level on time at the top of the general classification, the first time this has occurred at any Grand Tour.

Hindley wore the race leader’s pink jersey due edging the previous two time trials, as he sought to become the first Australian to win the race.

The Sunweb rider was, however, considered the underdog heading into the flat 15.7-kilometre time trial from Cernusco sul Naviglio to Milan.

Geoghegan Hart was the first of the duo to start the time trial, with Hindley unable to match his rival’s pace at the time checks as the result became clearer.

The Australian ultimately finished the stage 39 seconds down on Geoghegan Hart’s time, with the Ineos Grenadiers’ rider having clocked 18min 14sec.

He is the fifth British rider to win a Grand Tour following Froome, Sir Bradley Wiggins, Geraint Thomas and Simon Yates, with the first victory recorded as recently as the Vuelta a España in 2011.

Ineos Grenadiers had come into the race with the aim of supporting Thomas’ bid to win the Giro, with Colombia’s Egan Bernal and fellow Briton Froome viewed as leaders for the Tour de France and Vuelta a España respectively.

Their Grand Tour triumph this year has instead been achieved by Geoghegan Hart.

"Not in my wildest dreams did I imagine this would be possible when we started a month ago in Sicily," said Geoghegan Hart, 25, who also secured the best young rider jersey.

"All of my career I have dreamt of being top five or top 10 maybe in races of this stature.

"This is something completely different to that and will take a long time to sink in."

British Cycling chief executive Julie Harrington was among those to congratulate Geoghegan Hart on his triumph.

"Tao’s achievement is first and foremost a tribute to the qualities of a rider who is an excellent ambassador for our sport," Harrington said.

"He conducts himself brilliantly on and off the bike, and I am thrilled for him and for his family.

"His success is also a tribute to the people who have helped him along the way - Hackney Cycle Club, Condor Cycles, the Dave Rayner Fund, his coaches in the British Cycling academy and many others who volunteer their time to put on grassroots cycle sport events in this county.

"I join with them in cheering this latest British cycling success story."

Ineos Grenadiers were also able to celebrate a seventh stage victory of the race, two of which were earned by Geoghegan Hart.

Italy’s Filippo Ganna earned his fourth stage win of the race, with three coming in the time trials and one on stage five in a breakaway.

The world time trial champion finished the stage in a winning time of 17:16, ending 32 seconds clear of his nearest rivals Victor Campenaerts of Belgium and Australia’s Rohan Dennis.

Portugal’s Ruben Guerreiro triumphed in the mountains classification, while Belgium’s Thomas De Gendt was named the most combative rider.