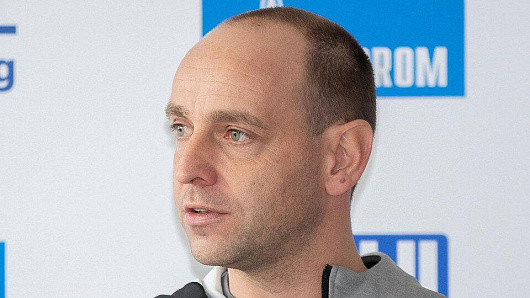 Russia's skeleton head coach Dirk Matschenz has vowed to use all of his experience with the German squad to guide his new team to medals at the 2022 Winter Olympic Games in Beijing.

Matschenz signed a contract with the Russian Bobsleigh Federation last month to become the head coach of its skeleton team.

He joins having helped Germany top the skeleton medal table at this year's World Championships in Altenberg with three golds, a silver and a bronze – and has promised to "apply all my knowledge and all my experience" to ensure Russia is successful in the sport at Beijing 2022.

"Our goal is clear – to win medals at the upcoming Olympics," the 41-year-old Matschenz said.

"We will do our best to perform successfully.

"The last two years, the leader in the world skeleton was the German national team, which I headed.

"And now we will give all our efforts to make the Russian team successful.

"I will apply all my knowledge and all my experience to achieve this goal."

Matschenz, a former competitor and winner of the German Championships in 2001, warned the Beijing 2022 track at the Yanqing Sliding Centre would prove challenging for the racers.

"There is a very interesting track that requires good sliding skills," he said.

"According to the information that I have, it will be very full of turns.

"It will be difficult to maintain speed while passing this track."

Russia have won three Olympic medals in skeleton, including a controversial gold at Sochi 2014 when Aleksandr Tretiakov claimed the men's title.

He was later stripped of his medal in November 2017 as a result of allegations contained within the McLaren Report, only to have the victory restored the following February following a successful appeal.

Russia's other Olympic medal in skeleton came thanks to Elena Nikitina in the women's event at Sochi 2014 – although she was also initially stripped of the medal on suspicion of doping before it was reinstated on appeal.

Nikita Tregubov also won a silver medal in the men's event at Pyeongchang 2018, representing the neutral Olympic Athletes from Russia.