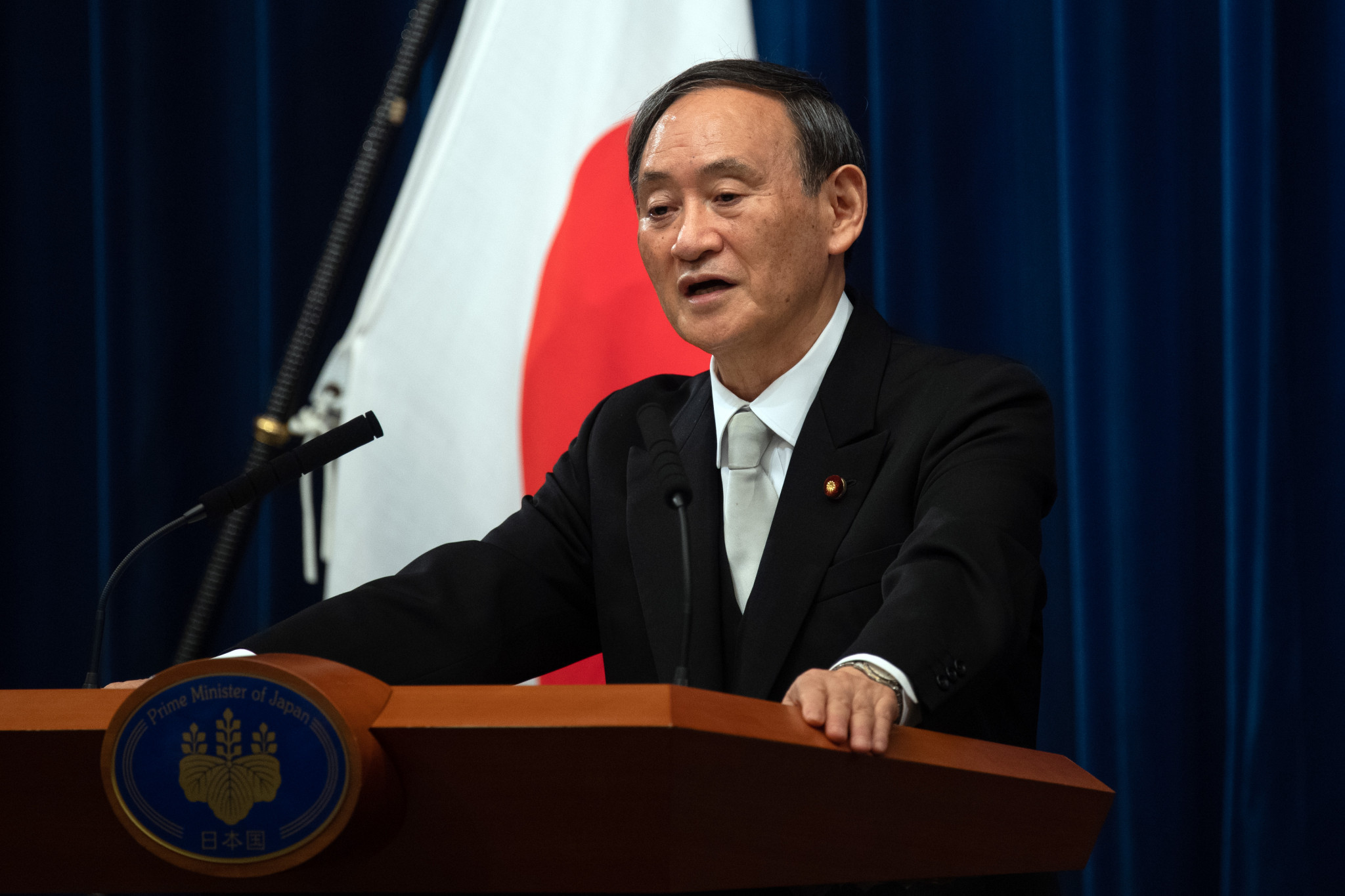 Japanese Prime Minister Yoshihide Suga intends to "make sure" the Olympic and Paralympic Games take place in Tokyo next year.

Suga, who succeeded Shinzō Abe as Prime Minister in September, made the comments during a speech at Kyodo News' head office in the Japanese capital.

"I want to make sure I see the Olympics take place next year," Suga said.

He also claimed the successful staging of Tokyo 2020 would be "proof that the human race has conquered the virus."

The Olympics have been postponed to July 23 to August 8, followed by the Paralympics from August 24 to September 5, as a result of the COVID-19 pandemic.

Organisers now have to plan for the Games against the backdrop of the global health crisis.

A coronavirus countermeasures taskforce, formed of officials from the Japanese Government, Tokyo Metropolitan Government and Tokyo 2020, is assessing possible scenarios and measures that could allow the Olympics to run as scheduled next year.

These are likely to include a mechanism for lifting the entry ban on foreign tourists, which is currently in place for 159 countries and regions.

Measures may include a health-checking app, mandatory testing and health insurance, and exclusive health centres for tourists.

The new Prime Minister identified rescuing the tourism industry as a key policy, and it is one which will aid the efforts of Tokyo 2020 organisers.

"I hope to revive inbound tourism by somehow surviving this coronavirus pandemic," he said.

"Unless we balance measures against the novel coronavirus infections and the economy, Japan itself will not be able to keep up."

Suga replaced Abe after he resigned due to ill health.

Bach and Suga expressed their commitment to making the Games "safe and secure" for both athletes and spectators.

So far, Japan has reported more than 91,400 coronavirus cases and 1,650 deaths, but is deemed to have kept the virus under control in relative terms.