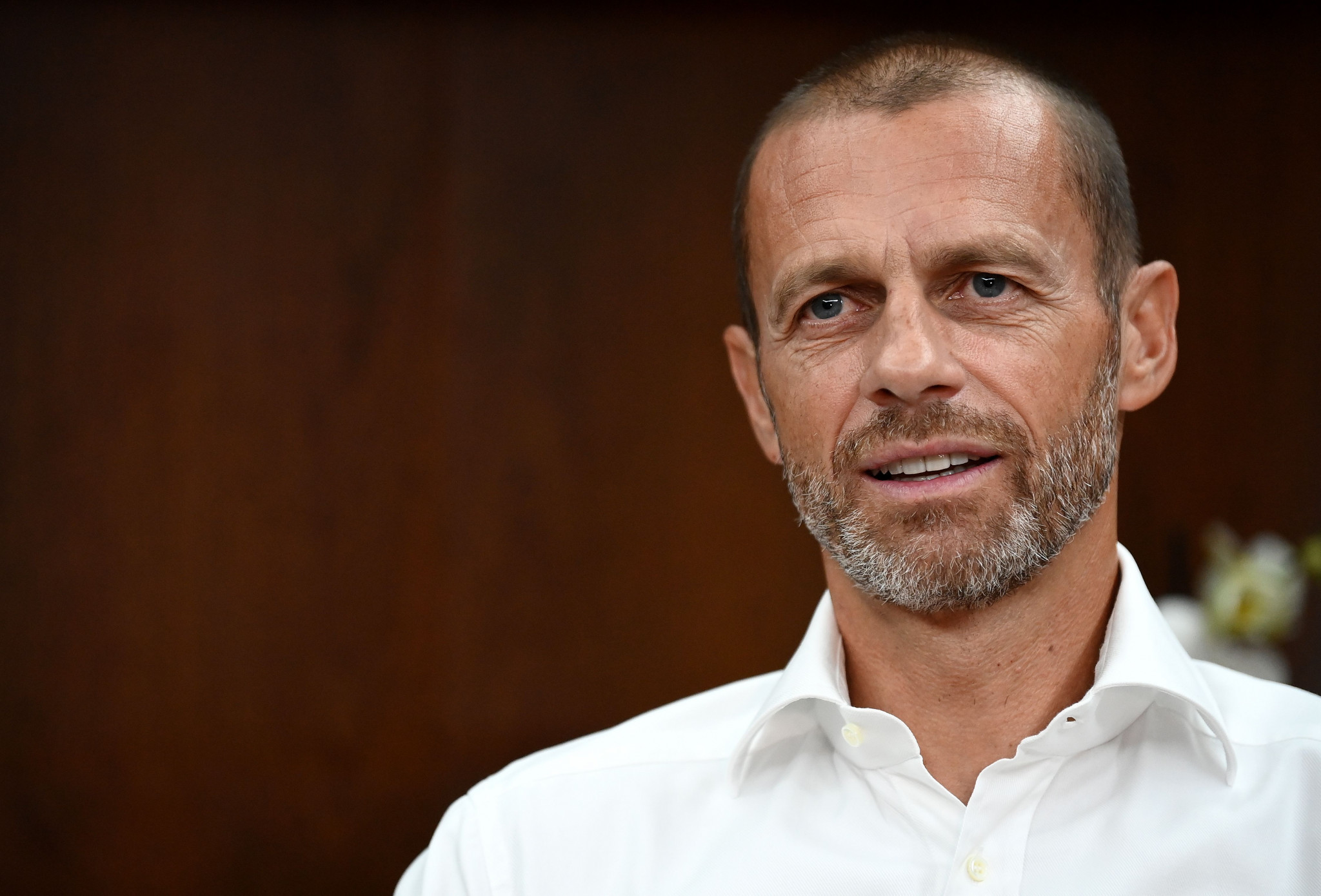 UEFA President Aleksander Čeferin says the organisation is "well prepared" for different scenarios for the delayed Euro 2020 tournament next year.

Euro 2020, proposed to be held across 12 cities in 12 different countries, was postponed by a year due to the coronavirus pandemic.

The competition will begin on June 11 in Rome and reach its climax at Wembley Stadium in London on July 11.

Wembley is still scheduled to be the semi-final venue and only the dates of matches have changed.

Čefe rintold German broadcaster ARD that the European governing body is hoping to hold the tournament as planned.

The Slovenian official admitted plans could change, including the number of spectators allowed and the venues used.

"For the moment, we are planning the Euro exactly as we want it to be," Ceferin told ARD.

"Of course, I would have told you in February that the Euro would take place as normal with full stadiums this summer, but everything changed within a month.

"If you had asked me in February if I was prepared for a pandemic that would stop the world, I would have said you were crazy.

"We’re smarter and stronger than last year as we now know that anything can happen.

European football's governing bodies used hub cities to conclude its showpiece club competitions at the end of last season, which could influence any decision on Euro 2020.

UEFA’s Executive Committee allowed the return of fans to matches capped at a maximum of 30 per cent capacity earlier this month.

Approval was granted by the UEFA Executive Committee following the UEFA Super Cup in Budapest, which was billed as a pilot match.

The latest round of UEFA Nations League matches saw several held with limited attendances, while others were held behind closed doors.

Admission of fans and the capacity limits are subject to the decision of local authorities.

UEFA has acknowledged that matches cannot be played with spectators where local authorities do not allow it.