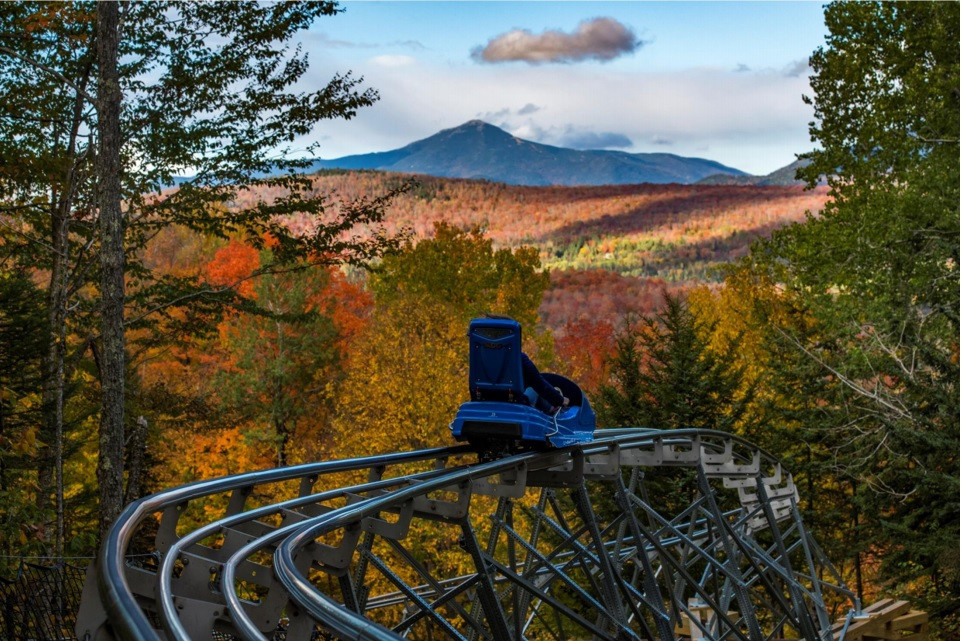 A new cliffside roller coaster has opened in Lake Placid as part of efforts to "modernise" the site ready for the 2023 Winter World University Games.

New York Governor Andrew Cuomo announced the opening of the ride to the public at Mount Van Hoevenberg and it will now be a year-round attraction at the Lake Placid Olympic Sports Complex.

Considered the longest coaster of its kind in the United States, the ride travels alongside the bobsleigh track used during the 1980 Winter Olympic Games.

It also features timing and audio systems that allow riders to experience what it may have been like for competitors in the Olympics.

Other attractions at the site include a zipline, five kilometres of Nordic ski trails, a snowmaking reservoir and a mountain gondola.

"The cliffside coaster is one of our latest and most thrilling additions to the Olympic Regional Development Authority (ORDA) venues, and part of our ongoing effort to modernise the entire Mount Van Hoevenberg complex," said Cuomo.

Mike Pratt, President and chief executive of the ORDA, added: "The views are amazing and the curves get your heart pounding.

This was followed by an announcement in January that Cuomo was proposing $147 million (£113 million/€125 million) in capital funding for the ORDA to keep upgrading winter sports venues.

The project, which is thought to cost in the region of $100 million (£77 million/€85 million) and predicted to be completed by 2022, includes the renovation of the figure skating, ice hockey and speed skating venues.

Cuomo added: "This revitalisation is transforming the complex into a year-round provider of excitement and entertainment for both athletes and families, which will attract more summer visitors and provide a critical boost to local businesses as we work to build back better."