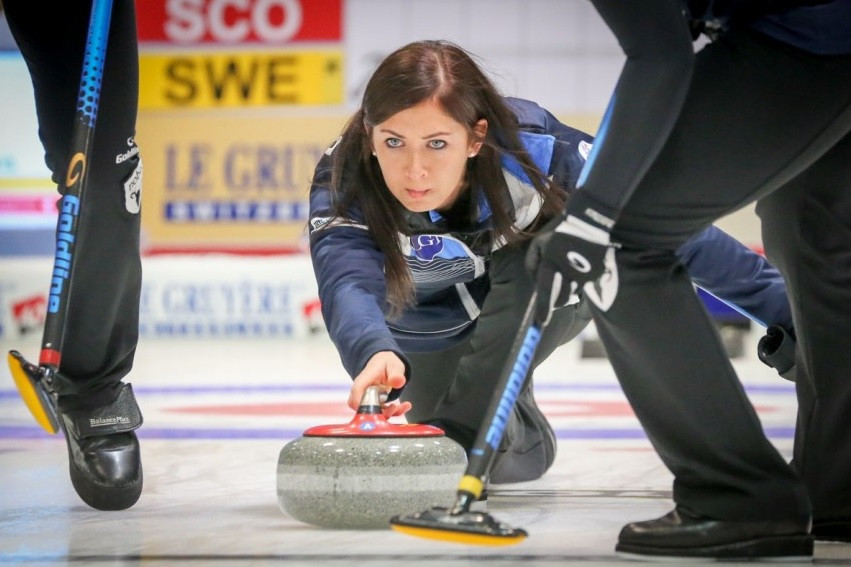 Scotland's Eve Muirhead has said she hopes her recent Queen's Honour recognition can spur Britain on to another Olympic bronze medal at Beijing 2022, after she suffered heartache in 2018.

One of the country's greatest ever curlers, the 30-year-old became a Member of the Order of the British Empire (MBE) for her services to the sport - the fifth highest accolade in the British honours system.

After missing out on a medal at the Pyeongchang 2018 Winter Olympics, Muirhead is now setting her sights on writing those wrongs in Beijing, scheduled to take place in February 2022.

Having won Olympic bronze at Sochi 2014, an uncharacteristic error from the Scot on her final stone against Japan in the bronze medal game in South Korea meant Britain went home empty-handed two years ago.

Having recovered from a hip injury that she played through at the tournament, Muirhead is back in form, having come close to another European title at the 2019 Championships after a fantastic final against Anna Hasselborg's Sweden.

Now the MBE will add to her silverware and her confidence.

I'm extremely proud to have received an MBE 🎖and obviously thankful to all my team-mates, all my coaches and staff over the years and my family for all there support.
Without them I wouldn't be getting these accolades 😊#QueensBirthdayHonours #QueensHonours #MBE pic.twitter.com/xwffWwBRBr

"Being a skip comes with a lot of pressure and it's been tough since I missed that shot for a medal in Pyeongchang, so to get something like this at this point in my career feels like a nice cherry on the top," said Muirhead to PA news agency.

"I've been curling for the majority of my life and I've put a lot of time and effort into getting where I am today in the sport, so although I'm very modest about these things it is definitely very nice to be recognised.

"If I go to Beijing it will be my fourth Olympics and I do feel like there is a moment that is waiting to come.

"I've had a great few years with Team Muirhead winning world and European titles, and I believe that we've continued to get better."

Muirhead is considered one of Scotland's greatest ever curlers and sits as one of the most experienced on the current curling circuit.

She has competed at eight World Championships, three Olympics and 12 European Championships, having won world gold in Riga in 2013 and the European title on two occasions in 2011 and 2017.

She is a four-time World Junior Championships gold medallist too - with her three wins as skip being a record.

Muirhead is a three-time world medallist and a nine-time European medallist.