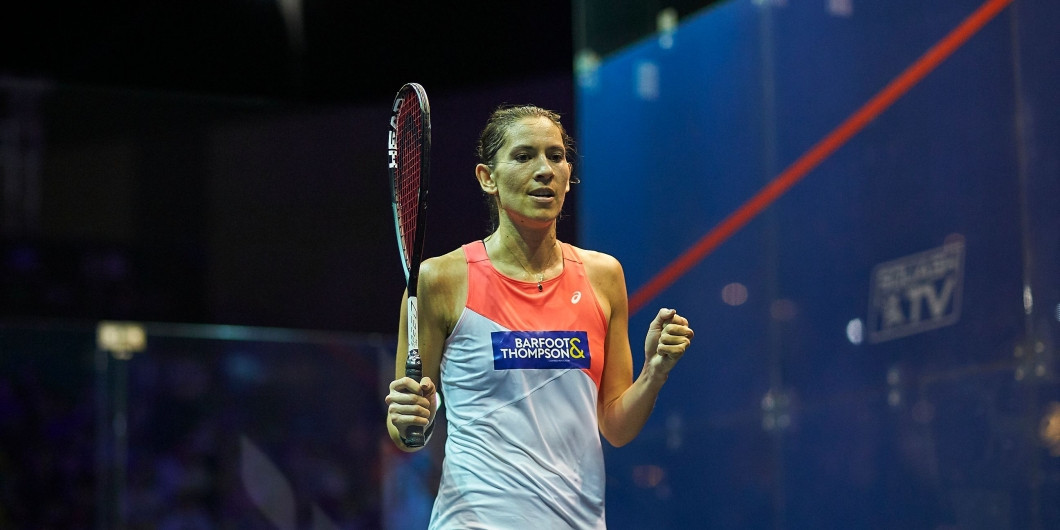 New Zealand's Joelle King beat world number one Nouran Gohar in a straight shootout for a place in the last four of the women's event at the Professional Squash Association World Tour Finals in Cairo.

King, the world number eight, recorded a 12-10, 11-7 victory over the Egyptian at the Mall of Arabia to secure second spot in Group A ahead of Gohar.

The New Zealander finished behind world champion Nour El Sherbini of Egypt, who had already qualified for the semi-finals by virtue of winning the group.

Egypt's Hania El Hammamy, who topped Group B despite an 11-8, 3-11, 11-7 defeat to third seed and compatriot Nour El Tayeb, awaits for King in the last four.

"I just tried to think that I was in the middle of a practice match with one of the guys back in Bristol and just relax," said King.

"I felt like I was playing some good squash in patches but not for long enough.

"Nouran is such an amazing player and mentally tough, so I knew I had to do something more.

"I just tried to play each point as it came and I was lucky to scrape the first.

El Tayeb also did enough to get out of the group after American Amanda Sobhy upset France’s Camille Serme 11-9, 11-5.

She will take on El Sherbini in the other women's semi-final tomorrow.

In the men's competition, Welshman Joel Makin will appear in the semi-finals for the first time after he overcame world number five Paul Coll of New Zealand 11-3, 11-5.

Makin's victory saw him take second place in Group B and set up a meeting with Karim Abdel Gawad of Egypt in the semi-finals.

Gawad, the fourth seed, clinched top spot in the group thanks to his superior head-to-head record over world number two and top seed Ali Farag of Egypt following a 13-11, 11-8 win over Simon Rösner of Germany.

Farag's opponent in the last four will be Group B winner Marwan ElShorbagy, who completed his group stage campaign with a 11-8, 11-3 defeat to team mate Tarek Momen.