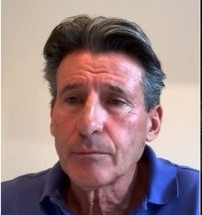 World Athletics President Sebastian Coe has urged British Gymnastics to act on the complaints of abuse made from gymnasts amid criticism of how the organisation has handled the allegations.

Speaking to ITV News, Coe, also recently elected as a member of the International Olympic Committee, claimed he was moved by the personal stories of those who have been hurt by the sport.

"You are automatically very worried when you hear those type of stories," the double Olympic gold medallist said.

"They need to be investigated - it's non-negotiable.

"I know what good coaching is, I was the product of world class sensitive coaching, tough coaching but within the boundaries of good coaching.

"Anything that goes beyond that needs to be investigated and, frankly, you need to hit it hard.

"I’ve had factory floor conversations and I’m glad for them.

"Bullying and mindless abuse is not a grey area, it’s bad coaching and it should be stamped out."

Coe spoke about the difficult conversations that can surface between athletes and coaches, but that they can also be dealt with positively.

"You are always sitting discussing with coaches how you can be better this time tomorrow than you are today, and in six months’ time better than you were six months earlier," Coe added.

"These are really important concepts, and coaches have to give really unvarnished, sometimes quite brutal observations, but there's a massive difference between that and mindless abuse or bullying or worse than that, you know, regimes that are going to cause physical and mental damage to competitors, no good coach would go within a million miles of that."

The 20-year-old claimed that the investigation into her complaint was concluded in March, despite the governing body indicating it was still open in July.

She had said that chief executive Jane Allen was "prolonging my suffering", which led to an apology from the governing body.

Prior to this, neither Allen nor British Gymnastics seemed to give an apology for any wrongdoing in how they handled these cases.

In response, the governing body said the investigation into one of her complaints - against national head coach Amanda Reddin - had been concluded, but a separate case against the South Durham Gymnastics Club was ongoing.

Coe believes gymnastics should follow other sports in establishing an integrity unit.

"If a sport does have an integrity unit and the athletes still don’t feel they have the protection or they don’t feel comfortable with going to it, then you need to look at the unit itself," he added to ITV News.

"By getting rid of bad coaches you are actually protecting the professional status of the rest of the coaching fraternity, which comes into sport for all the right reasons and is often underpaid and not properly understood in terms of what they produce and you need to protect them at all costs."

British gymnasts have spoken out about the abuse they suffered in the wake of the Netflix documentary Athlete A, which detailed the abuse scandal in USA Gymnastics.