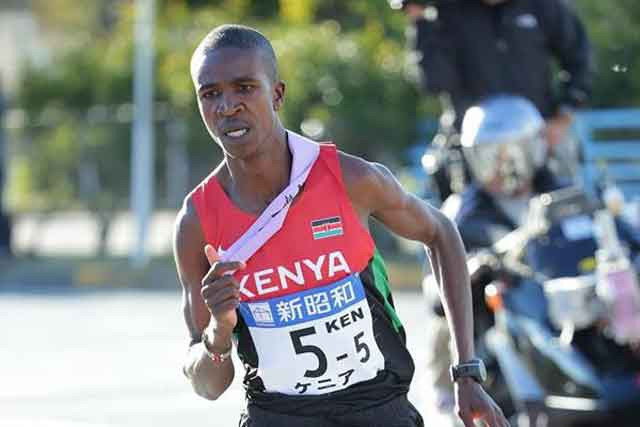 Kenyan road runner Edwin Mokua is recovering from broken ribs and a hand injury after he was attacked by a hippopotamus on a training run.

Mokua, winner of the Trabzon Half Marathon in Turkey earlier this year, was running in Manguo village on Monday (September 28).

The 26-year-old was reportedly attacked by a hippo near the Ewaso Nyiro river.

According to Kenyan newspaper Daily Nation, Mokua was rescued by his training partner Denis Kipkoskei, who had first encountered the group of hippos.

"I passed by the animals, but didn't see Mokua when I looked back seconds later," Kipkoskei told Daily Nation.

"Then I saw him struggle to free himself from one of the hippos.

"I scared off the rest before turning my energies to the one that was attacking him."

Mokua, who has run 27min 38sec for 10 kilometres and 62:50,  is reportedly recovering from four broken ribs and a double fracture of his left hand at the Nyahururu Hospital.

He had been scheduled to fly to Turkey yesterday to compete at the Izmir Marathon on Sunday (October 4).

Mokua's coach Francis Kamau has claimed their training was moved to near the Ewaso river in response to restrictions caused by the coronavirus pandemic.

Kenyan newspaper The Citizen reported that local residents have called for the Kenya Wildlife Service to help tackle a recent rise in attacks from hippos, which have come from the local Manguu Hippo Sanctuary.

Two people have reportedly been killed and three injured from the Manguo village following hippo attacks in the past month.

Hippos are considered among the most aggressive and deadly animals in Africa.