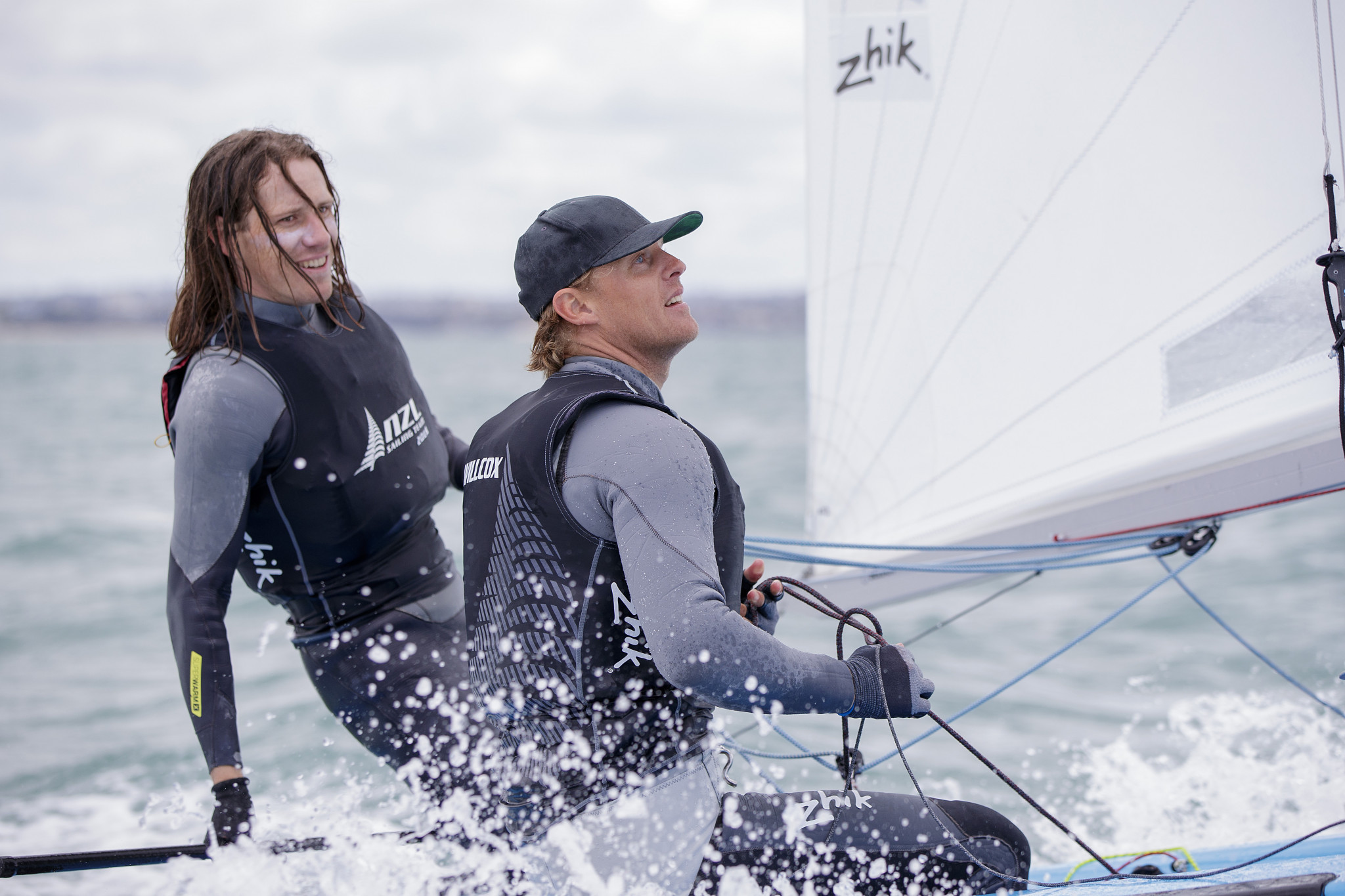 Two sailors in the men's 470 class, Paul Snow-Hansen and Dan Willcox, have officially been selected for Tokyo 2020 by the New Zealand Olympic Committee (NZOC).

The pair are the first athletes to be selected for the New Zealand team since COVID-19 forced the postponement of the Games, which are now scheduled for July 23 to August 8 of next year.

Their formal selection to the team was made at Auckland's Wakatere Boating Club, Snow-Hansen's home club.

He is set to make his third appearance at the Olympics, while Willcox is due to make his second.

The 470 class sees two sailors compete together in a doubles competition.

Both sailors finished 10th while sailing in the same boat at Rio 2016, while Snow-Hansen finished sixth at London 2012 with his former partner Jason Saunders.

"In a year with so much uncertainty, it's awesome to have that confirmation which will allow us to focus on the Games and our goal of winning a medal for New Zealand," said Snow-Hansen.

"Every Olympics is special and I'm just as happy to be selected this time around as any other time.

"It's awesome to be able to tell our friends and family and take a moment to celebrate."

Both sailors are 30 and are currently fourth in the men's world rankings.

They won silver at the 470 World Championship in Buenos Aires in 2016.

NZOC chief executive Kereyn Smith presented the pair with a silver fern – a symbol of the New Zealand Olympic team – to mark their selection.

"We're on a new path to the Olympic Games and today's naming marks an important milestone as we move forward with purpose," said Smith.

"The International Olympic Committee and the Tokyo 2020 Organising Committee are making real progress on the reorganisation of the Games and the return of sporting events around the world is demonstrating that sport can be organised safely under ongoing COVID-19 restrictions.

"Our athletes are preparing for the new dates and we will be adjusting our planning to ensure they have everything they need to succeed in the COVID-19 Games environment."

Nine sailors have now been confirmed for the New Zealand team with the 470 pair joining Peter Burling and Blair Tuke in the 49er class, Alex Maloney and Molly Meech in the 49erFX, Micah Wilkinson and Erica Dawson in the Nacra 17 and Sam Meech in the laser.

All were confirmed in March.

New Zealand has won a total of 22 Olympic medals in sailing, and brought home a record four from Rio 2016 including gold for Burling and Tuke.

The country is expected to select around 200 for Tokyo 2020 in what could be the nation's largest Olympic team in history.