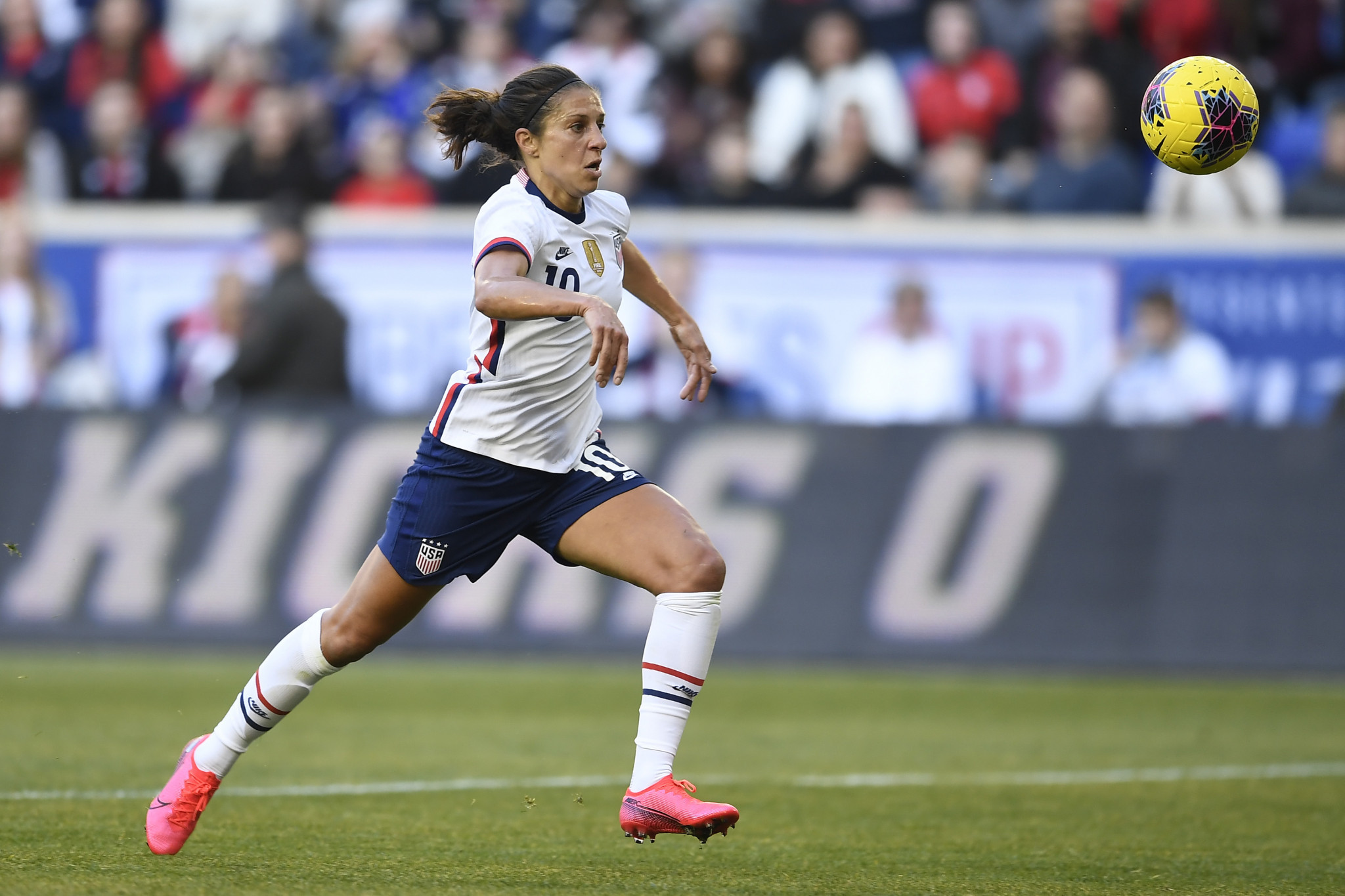 American women's football legend Carli Lloyd has announced she is looking to retire from the sport after the Tokyo 2020 Olympics, with a focus on starting a family in the future.

Speaking on Charlie Webster's My Sporting Mind podcast, the 38-year-old said she will remain in the sport in some capacity after her playing days are over.

She is the third-highest capped player in American history after making a total of 294 appearances for the national team.

The midfielder also sits fourth on the all-time list for goals scored with 123.

"Hopefully that dream can come true next summer and then I'll probably get a little taste of retirement and the next chapter.

"My husband and I would like to start a family eventually and I really still enjoy doing [coaching] clinics.

"I held one a few days ago and it was awesome to bring smiles to these kids' faces, especially in a time like this where their lives have been torn apart with COVID.

"So I think that's sort of the plan – and to stay involved in the game in FIFA with the Legends Programme."

The Legends Programme brings some of the biggest names from football's past to discuss pressing issues in the modern game.

If Lloyd was to appear in all of the matches in the women's tournament at Tokyo 2020 – including either the gold or bronze medal match – she will join Rampone and Lilly in an exclusive group of players to reach 300 caps.

She is firmly focused on the gold medal, which would be her third Olympic title having topped the podium at Beijing 2008 and London 2012.

"I've been fortunate enough to accomplish a lot, but the final chapter isn't written yet," Lloyd added.

"And I know that when the time comes for me to walk away from the sport I will hold my head high because I know in my heart that I left it all out there, gave everything I had and did everything possible to be the best and most complete player I could be.

"Not quite there yet, still have a little to go."

The Games were postponed by a year due to the COVID-19 pandemic.