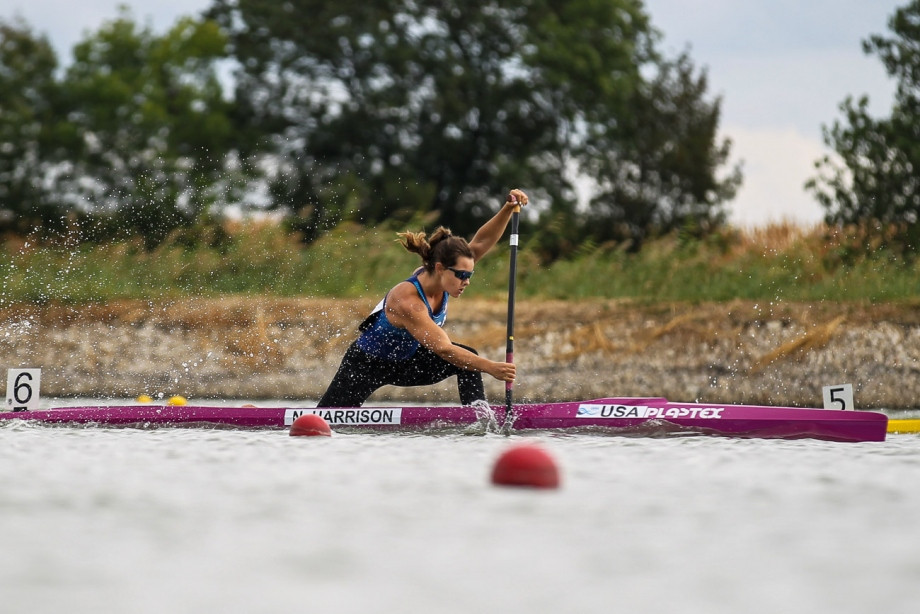 Nevin Harrison of the United States clinched gold in the C1 200 metres at the Canoe Sprint World Cup in Szeged.

The world champion was unsure whether she had won at the Maty-ér regatta course in the Hungarian city, having crossed the line with Liudmyla Luzan of Ukraine.

Harrison was deemed to have triumphed in 45.77sec, with Luzan coming in at 45.79 and María Mailliard of Chile claiming third in 47.05.

"It’s really exciting, it was super close this year and there are a lot of very talented girls out there," Harrison said.

"The race definitely wasn’t my best.

"I messed up the start and I thought that might be done for me.

"But I was able to get my rate back up and get going again, which I’m pretty proud of myself for doing because I was definitely off my game."

Andrea Di Liberto of Italy was the winner in the men’s K1 200m event, topping the podium with a time of 34.80.

Kolos Csizmadia of Hungary was second in 34.98, followed by Marko Dragosavljevic of Serbia in 35.11.

Anna Lucz delighted the limited home crowd with a victory in the women’s K1 200m.

Serghei Tarnovschi of Moldova marked his return to international competition after a four-year doping ban by winning the men's C1 1,000m in 3:51.33.

Competition, which is being held with a number of strict COVID-19 precautions in place, concludes tomorrow with the remaining finals.