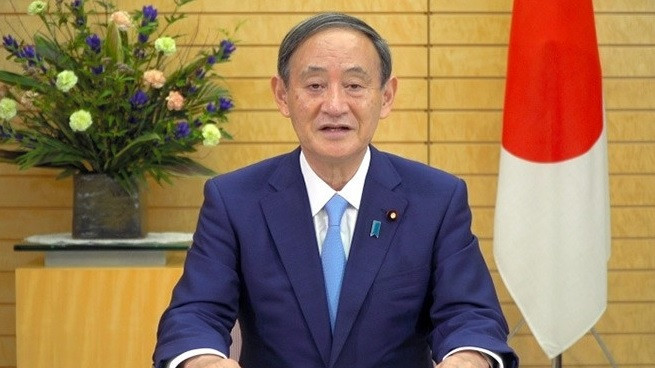 Japan is "determined" to host the postponed Olympic and Paralympic Games "as proof that humanity has defeated the pandemic", according to the country's new Prime Minister.

Yoshihide Suga, who succeeded Shinzō Abe as Prime Minister earlier this month, also promised the nation would "spare no effort in order to welcome you to Games that are safe and secure" during a pre-recorded address to the United Nations General Assembly.

The address coincided with 300 days to go until the Tokyo 2020 Olympics, pushed back to 2021 because of the pandemic, are scheduled to open.

Officials from the International Olympic Committee and Tokyo 2020 have insisted the Olympics and Paralympics will go ahead, but have offered little detail regarding how they will be staged.

A total of 50 measures designed to cut costs, relating to areas including the number of people involved, infrastructure and Ceremonies, were approved following a virtual meeting between the IOC Coordination Commission and Tokyo 2020 organisers this week.

Team welcome ceremonies for the Games, traditionally held at the Athletes' Village prior to the Opening Ceremony, have been scrapped, while the number of officials attending the Olympics and Paralympics will be cut by 10 to 15 per cent.

Other changes will include streamlining of transport services, adjusting spectator activities at competition venues and hosting a number of pre-Games meetings online.

Support for the Games in Japan has appeared to wane in recent months, with a survey conducted by the Japan News Network in July suggesting 77 per cent of Japanese people believe the event cannot go ahead next year.

A poll published in June by Japanese broadcaster NHK revealed two-thirds of sponsors were unsure over whether they would extend for a further 12 months following the postponement of the Games.