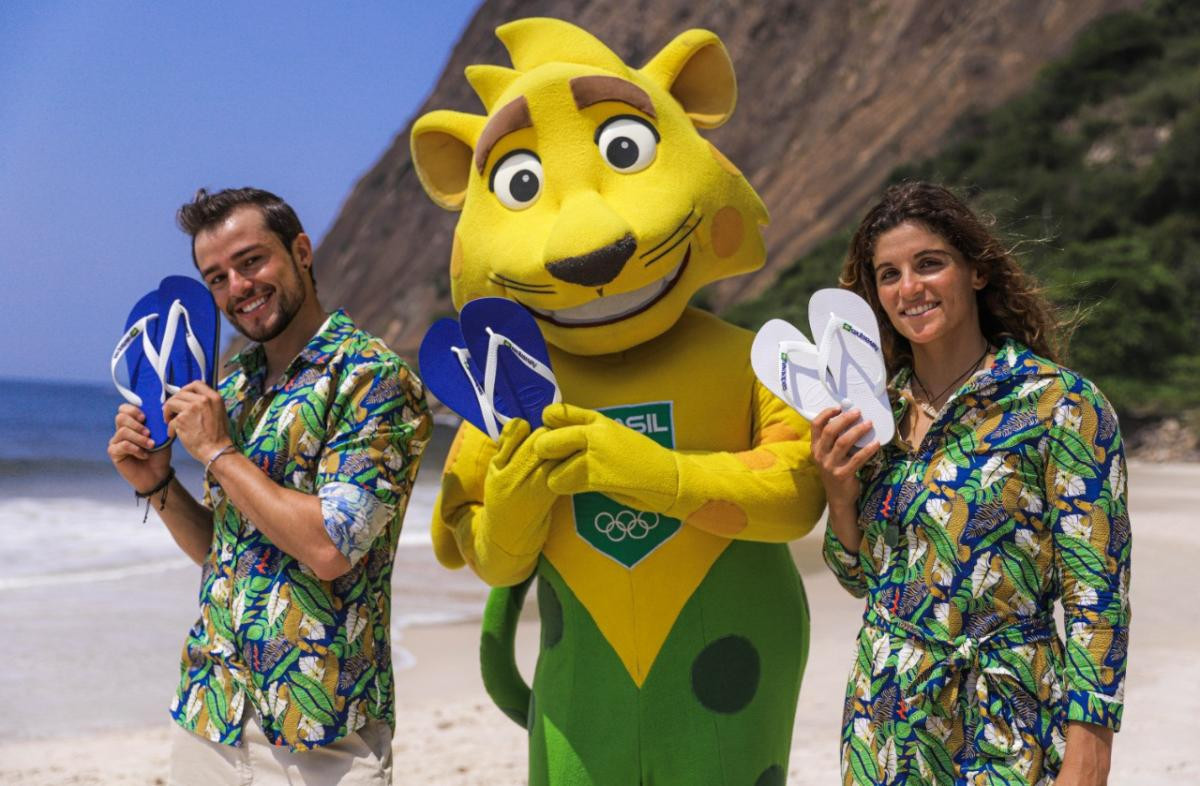 The Brazilian team will parade in flip-flops during the Opening Ceremony of Tokyo 2020 after the country's National Olympic Committee signed a contract with Havaianas.

Under the new deal, signed by the Brazilian Olympic Committee (COB), the Brazilian brand of flip-flop sandals will support the country's delegation, and has signed as an official supporter of the COB's sponsor board until the end of 2021.

The agreement also means Havaianas will be part of the Team Brazil parade uniform, along with Wollner, which is producing shirts featuring Amazonian fish and references to Brazilian flora and fauna.

"It is with great pride that we have a brand like Havaianas in our list of sponsors," said Olympic judo champion and COB general director Rogério Sampaio.

"The Opening Ceremony is the calling card of the delegation at the Games and there is nothing more authentic and Brazilian than putting on Havaianas."

Manoela Penna, COB's director of communications and marketing, added: "The values of Time Brazil, creativity, diversity and the desire to bring the best of Brazil to the world connect us directly with Havaianas.

"The relationship with Havaianas is already innovative, as it is the first time that the feet of the opening parade are commercialised.

"This shows the potential that lies ahead!"

Havaianas is also due to launch a licensed COB collection that will be sold during the postponed Tokyo 2020 Olympics, scheduled to begin in 300 days on July 23 2021.

"Our Havaianas brand has a strong emotional connection with people," said Roberto Funari, chief executive of Alpargatas, the company that owns Havaianas.

"We have been in the life of Brazilians for almost 60 years and today we are known all over the world for representing joy, freedom and the spirit of the summer.

"Walking with Team Brazil at the opening fills us with pride," added Funari.

In the run-up to the Sydney 2000 Olympics, Brazilian tennis player Gustavo Kuerten was close to pulling out of competing after he was initially refused permission to wear a shirt featuring the logo of his sponsors Diadora.

The COB then agreed that Kuerten could compete in a shirt bearing neither the name of his own sponsor or the Brazilian national team sponsor.

Kuerten reached the quarter-finals of the men's singles competition at Sydney 2000 before he was defeated by Russian Yevgeny Kafelnikov, who went on to win gold in the event.