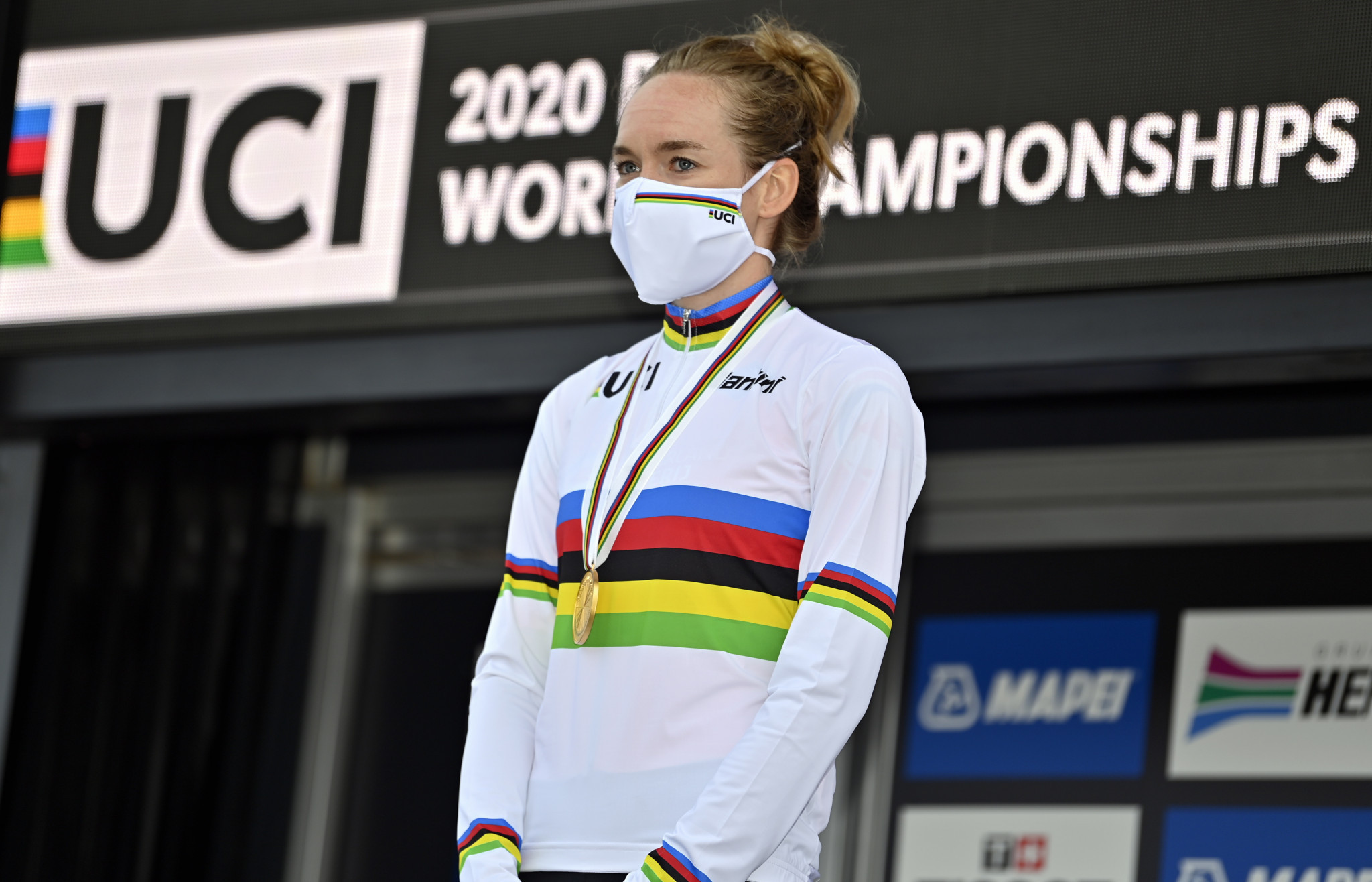 Having finished runner-up in four of the past five editions, the Dutch rider finally had her moment of glory in Imola in Italy, but coming into the final kilometres it looked as she would once again be the bridesmaid and not the bride.

Van der Breggen set off second from last, aiming to chase down some of the other outside contenders for the title.

Little separated her from Switzerland's Marlen Reusser, who was next up the road from her and aiming for her first world medal at the age of 29.

By the halfway mark, both looked on course for medals, but the battle between the pair looked like it would be for silver.

That was due to the pace of American cyclist Dygert, who looked poised to defend her 2019 title in dominant fashion - similar to how she won in Britain last year.

What looked like a formality turned into heartache for the American, who seemed to have suffered a puncture at a high speed corner, taking her into a barrier and falling down a hill.

Reports since the crash have confirmed the United States rider is conscious and talking, but no further information has been revealed.

Van der Breggen clocked a winning time of 40min 20sec, 16 seconds ahead of Reusser, who did enough for silver.

Her Dutch compatriot Ellen van Dijk held the lead for over 10 minutes and only lost it once the Swiss cyclist came in.

The 2013 world champion returned to the podium for the first time since 2018 when she finished behind teammates Van Vleuten and Van der Breggen in third.

"Getting second for many years, I would say that I really can’t believe it yet," Van der Breggen said.

"I had no idea, I just said to Danny Stam, my director in the car, don't give me any time splits.

"It doesn’t matter, I just want to go as fast as possible to the finish line.

"I only heard on the finish line that I won - it’s incredible and I’m really happy.”

Germany's Lisa Brennauer finished fourth, while Grace Brown of Australia was 1:01 off the pace in fifth, having started 19th from the back.