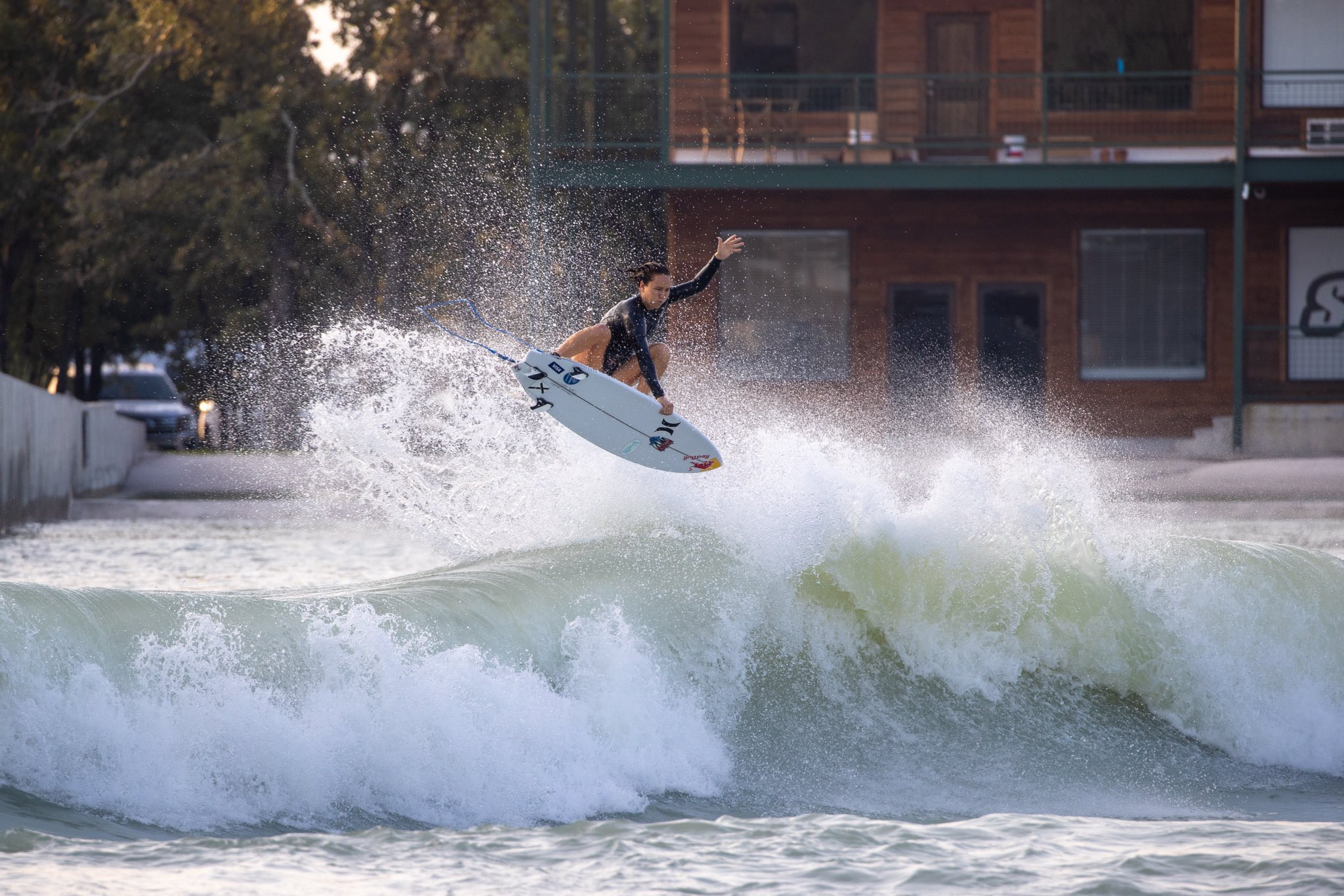 The United States surfing team have taken to Waco in Texas to practise for the Tokyo 2020 Olympics, using mechanical ramps at the city's BSR Cable Park.

Due to the COVID-19 pandemic, the national team have been unable to travel abroad to catch the best waves, but have instead found an artificial alternative in the process.

Carissa Moore, who looks set to become an Olympic athlete in the sport, headlined the group who participated in the training sessions and was joined by USA Surfing team members Courtney Conlogue, Lakey Peterson, Kevin Schulz and Christiaan "Otter" Bailey.

Their teammates and other potential Tokyo 2020 surfers Caroline Marks, Kolohe Andino and John John Florence could not make the trip.

In attendance for the session was team coach Brett Simpson.

"We came with a few objectives to work on and check off the list," said Simpson.

"We were able to do that and more with all the reps and collective feedback - it was a very successful trip and everyone is looking forward to go back soon."

"Airs are going to be a big factor at the Olympics," added Simpson.

"There will be a lot of single turn or one manoeuvre waves, where if you can have that in your bag, and you can turn a three into a six, that's going to be the difference in making a lot of heats, and maybe even winning the gold medal."

BSR has some similar intricacies to that of the Olympic venue at Shidashita Beach which Surfline describes as having "short, punchy, beachbreak peaks, with plenty of sections for airs and big turns", which Moore will be looking to take advantage of.

"I definitely came to BSR with some goals," added Moore.

"I wanted to spend some time on the air wave here.

"It's great to have that repetition to try the manoeuvre over and over again.

"[Airs] are one of the hardest manoeuvres in surfing, to have the same section to keep trying has been really good for me.

"It's frustrating at times, but I'm grateful to have the opportunity."

Moore also stated that she was not concerned by the postponement of the Games, now set to take place in 2021 due to the pandemic, because she had not been set to peak when the Olympics were pushed back.

"It's just another year for me to train and get everything in order and since this is the first time surfing will be in the Olympics, there's not really any expectations."

Hawaiian Moore is a four-time World Surf League champion, including the reigning champion from 2019 while another Hawaii native, Florence, is a two-time champion.