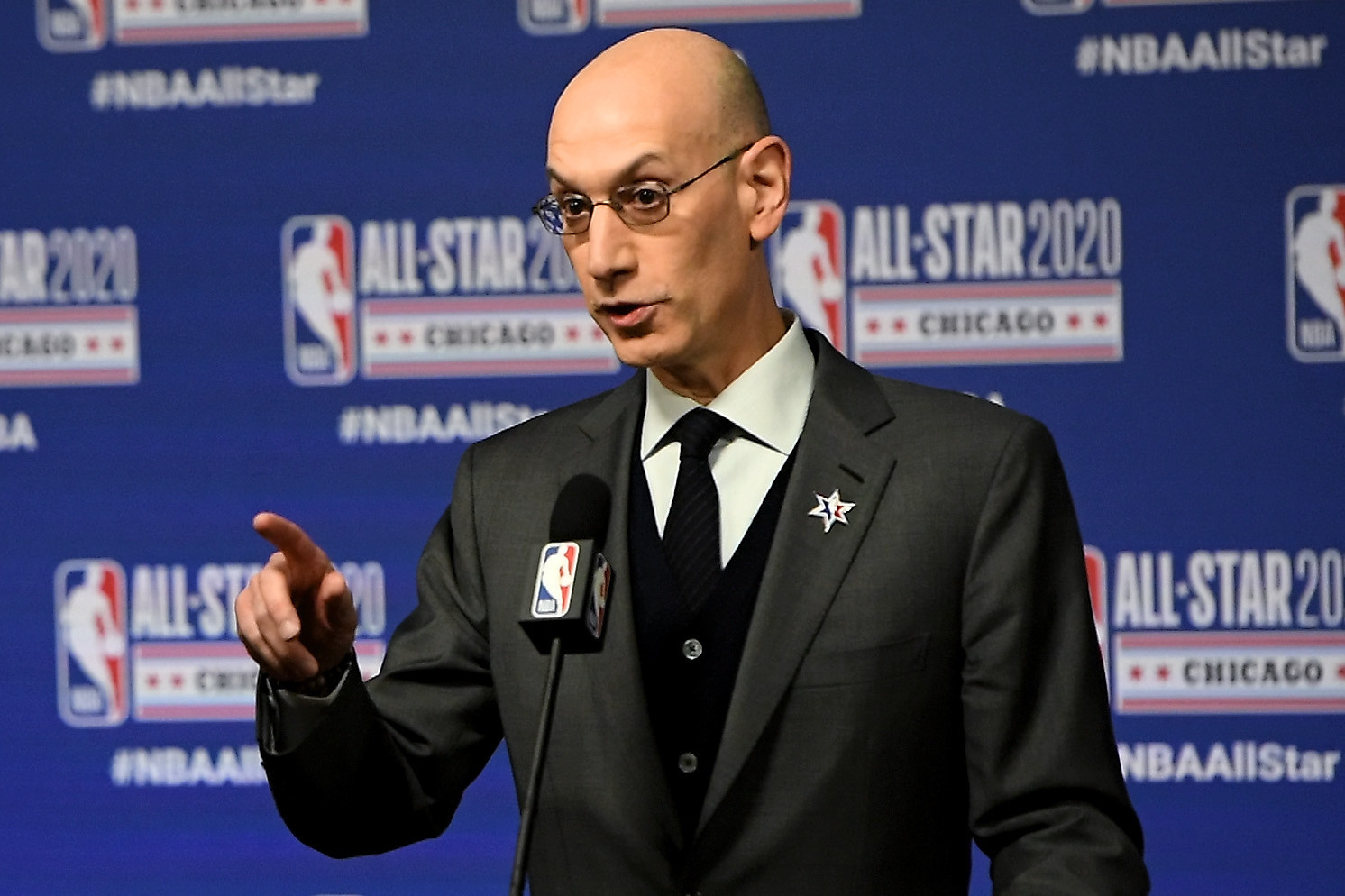 The National Basketball Association (NBA) Commissioner Adam Silver has thrown further doubt that the league's players will compete at the Tokyo 2020 Olympics after stating that their participation at the Games could be limited.

Despite the 2020-2021 season having a tentative start date of December 1, Silver has now said his "best guess" would be that the league will restart in January.

Based off the tentative start for the 2020-2021 season in December, the NBA Finals for that year were expected to start in June 2021, but now that could come at the same time as the Olympics.

"There are a lot of great US players, and we may be up against a scenario where the top 15 NBA players aren't competing in the Olympics, but other great American players are competing," Silver told CNN yesterday.

"Obviously, there are many NBA players who participate in the Olympics from other countries.

"That's something we're going to have to work through.

"I just say, these are highly unique and unusual circumstances - I think, just as it is for the Olympic Movement, it is for us as well.

"We're just going to have to sort of find a way to meld and mesh those two competing considerations."

Although a schedule has not yet been released, Silver has said that the goal is to start the next season in January with a standard 82-game schedule and playoffs.

A normal NBA season starts in late October with the NBA Finals running through to mid-June, with a push back possibly moving into the same period as the Tokyo Games.

Tentatively, these are due to start in April according to provisional plans, ending in June.

Currently, the Conference Finals - featuring the top four teams in the NBA - are playing the final set of playoff games before the NBA Finals begin next week.

"It is a factor in our planning," added Silver, speaking about the Olympics.

"It would be tough for us to make a decision in January based on the Olympics happening on schedule when that's so unclear."

Basketball Australia are one of the national governing bodies expressing their concern over the thought of losing their top players for the Games, but has also stated nothing can be done until the NBA confirms its position.

"We are continually monitoring the status of leagues at home and abroad where our Australian athletes are playing including the NBA," said Basketball Australia high performance and national teams general manager Jan Stirling.

"As many of our US-based athletes have expressed directly to Basketball Australia or through the media in recent times, they are very much looking forward to representing Australia at the Tokyo Olympics.

"Until there is confirmation from the NBA on exact timings for the 2020-2021 season, we aren't in a position to have discussions with athletes and officials who are on NBA contracts around their availability."

Australia's men's team will be seeking their first Olympic medal in the sport and will look to rely on NBA stars Patty Mills of the San Antonio Spurs, Joe Ingles of Utah Jazz and Ben Simmons of Philadephia 76ers in their bid, having finished fourth at the Basketball World Cup last year.