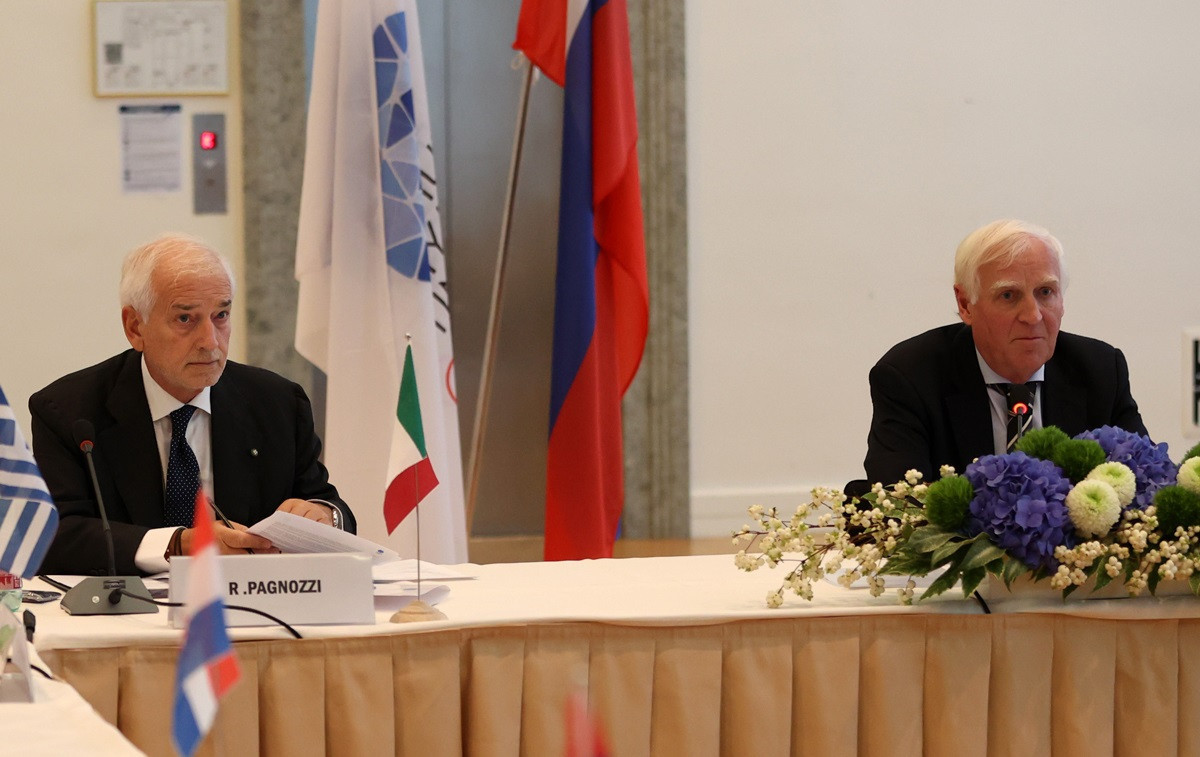 EOC announced in June that it would oversee the distribution of the funding after the Association of National Olympic Committees (ANOC) agreed to provide $11.65 million (£9.1 million/€10.3 million) to NOCs.

This week saw the EOC’s Executive Committee gather for a meeting in Ljubljana in Slovenia - the first held in-person since the start of the COVID-19 pandemic - although a number of members attended remotely due to travel restrictions.

It was announced at the meeting "the Tokyo 2020 emergency funds" had now been submitted to aid NOCs "struggling with the postponement of competitions".

EOC secretary general Raffaele Pagnozzi said: "We worked diligently for many months to not only get the aid quickly to the NOCs that need it most, but to ensure that we were also being as equitable as possible.

"Thanks to the ExCo members and our administration in Rome.

"I think we struck an excellent balance.

"We hope the funds will help our member NOCs get through this difficult period."

The Executive Committee meeting also saw Hasan Arat, Coordination Commission chairman, deliver an update on the preparations for the 2023 European Games which is scheduled to take place in Krakow and the Malopolska region in Poland.

A preliminary list of 23 sports - the most ever at a European Games - was agreed along with a roadmap to "facilitate the next important steps" in the organisation of the continental event.

"It has been a very productive couple of months for the EOC," added Acting President Niels Nygaard.

"Our meeting last weekend with members of all levels of Polish Government and the Polish Olympic Committee was especially fruitful, and we are impressed by the energy and enthusiasm they are bringing to the project."

The ITA plans to manage EOC’s anti-doping programme for the European Games and European Youth Olympic Festivals, while the GEF is looking to enter into a "cooperative agreement".

Focus of the meeting also centred around EOC’s General Assembly, which is scheduled to take place in Rome in Italy on November 27.

Members are expected to be asked to change article 13.6 of the EOC Articles of Association which would enable the organisation’s Presidential election to be held next February rather than the latter part of 2021.

EOC believes the move would help to "avoid ambiguity" and "bolster" its standing with the International Olympic Committee, ANOC and international and European organisations.

Former vice-president Nygaard has been leading the organisation as Acting President since Janez Kocijančič’s death at the age of 78 in June.

Meanwhile, a team from the Slovenian NOC gave a presentation on the safe and effective return to sports at the meeting too.