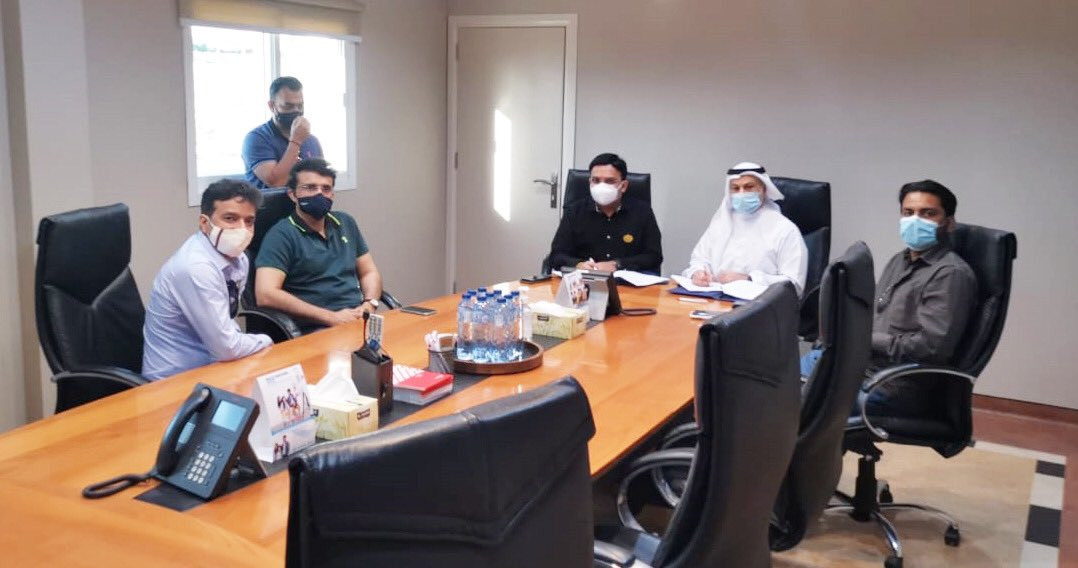 The Board of Control for Cricket in India (BCCI) and the Emirates Cricket Board have signed a Memorandum of Understanding (MoU) to boost cricketing links between India and the United Arab Emirates.

The agreement was signed by BCCI secretary Jay Shah and vice-chairman of the Emirates Cricket Board Khalid Al Zarooni.

Shah says he hopes the MoU, and hosting agreement, will "boost cricketing ties between the two countries."

BCCI President Sourav Ganguly and treasurer Thakur Arun Singh were present for the signing, which took place yesterday (September 19) prior to the start of the first match of the 2020 Indian Premier League (IPL) tournament between the Mumbai Indians and Chennai Super Kings.

Owing to the coronavirus situation in India, this year's edition of the IPL is being played in the United Arab Emirates.

Matches are scheduled to take place in Abu Dhabi, Dubai and Sharjah, with the competition due to conclude on November 10.

Indian media have reported that the agreement between the BCCI and the Emirates Cricket Board could pave the way for future editions of the IPL to be played in the United Arab Emirates, depending on the situation with the coronavirus pandemic.

Neither of the cricket boards have commented on these reports.

India has been severely affected by the coronavirus pandemic, with the country reporting more than 5.48 million cases and more than 87,000 deaths.