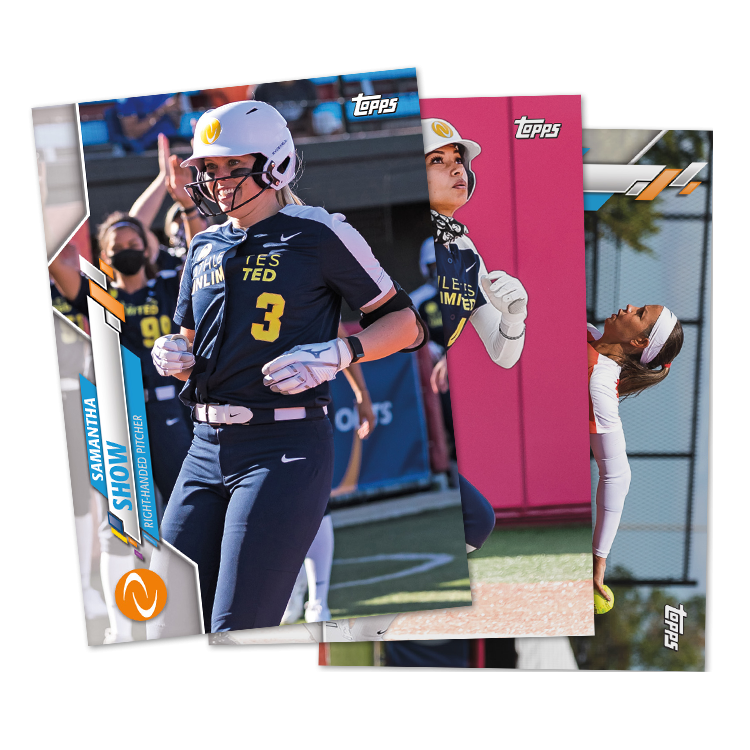 Trading cards for women’s softball are to be produced by the Topps Company for the first time in its 82-year history.

The cards will be produced during the season and shipped when the set is completed.

The Athletes Unlimited Softball limited edition trading cards have been put on sale for $20 (£15.50/€17) and feature 56 of the world’s best players, including 17 Olympians from the United States, Canada, Mexico and Italy.

The set will include four "About the League" cards.

"Topps is thrilled to partner with Athletes Unlimited to produce trading cards that will allow millions of fans around the world the opportunity to celebrate the inaugural softball league featuring the top players in their respective sports, for the first time in our history," David Leiner, Topps general manager, said.

The season started August 29 and is due to continue until September 28 at Parkway Bank Sports Complex in Rosemont in Illinois.

Trading cards have been popular in baseball since they doubled as advertisements for businesses and came into circulation in the 1860s.

By the early 1900s, cards were often found within packs of cigarettes.

Several companies began producing baseball cards into the 1930s, like Goudey Chewing Gum, but it was after the end of World War Two when mainstream production of baseball cards began.

In 1951 Topps created the first modern day sports trading card set and has continued to be the industry leader.

Last month, a 2009 card featuring then rookie Mike Trout sold for $3.93 million (£3.05 million/€3.3 million), setting a record by becoming the most expensive sports card ever sold at auction.

This latest deal is a further boost to Athletes Unlimited, who have live distribution agreements with a combination of CBS Sports Network, ESPN, and the Olympic Channel reaching more than 200 countries worldwide.

"These sets will honour some of the greatest female pro athletes competing today and allow our fans the opportunity to own a piece of history."