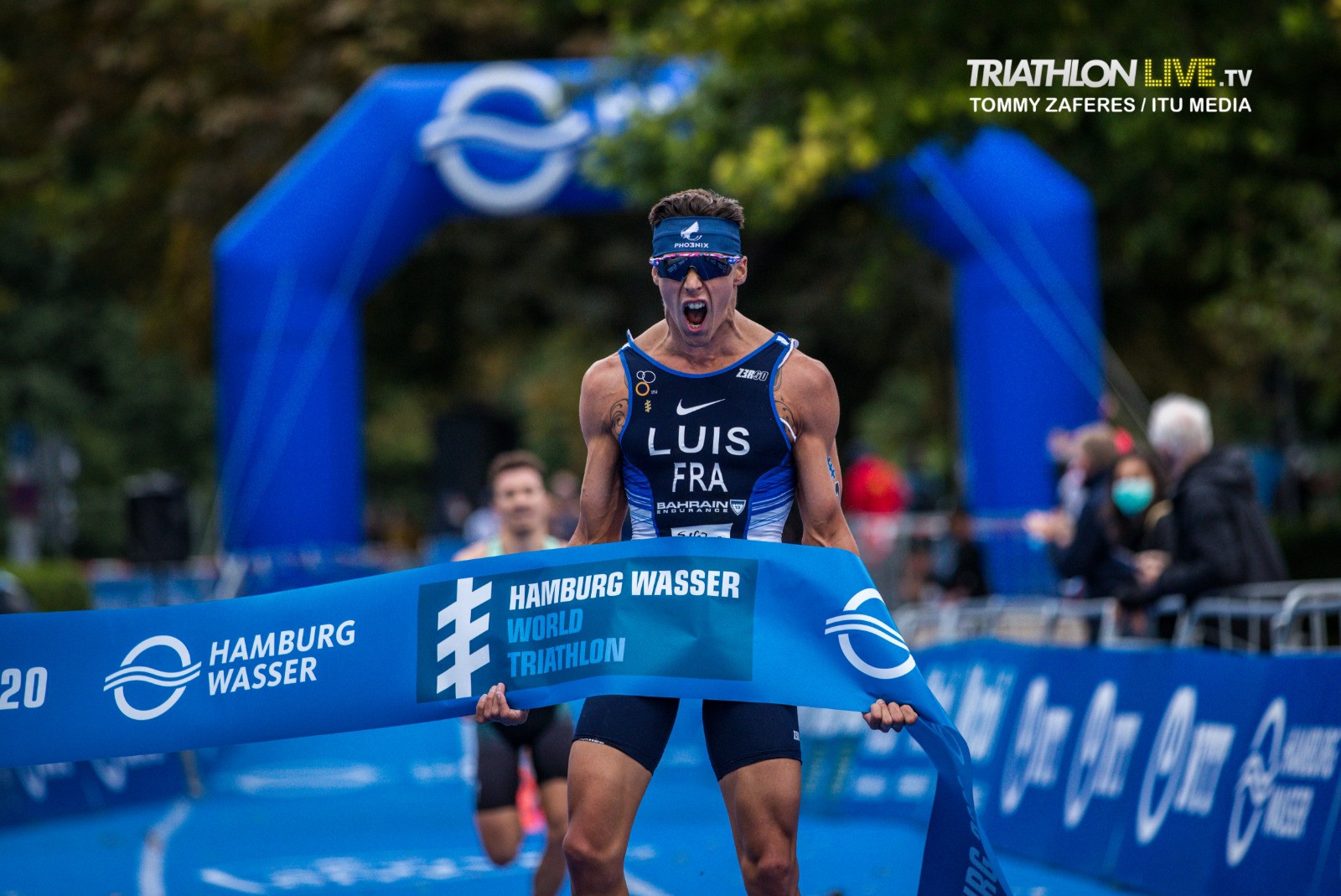 France's Vincent Luis retained his title at the World Triathlon Series (WTS) event in Hamburg, where the winners were crowned champions in the one-off event.

Due to the COVID-19 pandemic, the WTS season was cut short due to travel restrictions globally affecting the hosting of sporting events - which led World Triathlon to make the competition in the German city double-up as the World Championship.

Under usual circumstances, the triathlon world champions are crowned over the course of the WTS season, a format first introduced in 2009.

Luis was followed by Vasco Vilaca of Portugal and his French compatriot Leo Bergere to round off the podium.

After the 750 metres swim in the men's race, Britain's double Olympic gold medallist Alistair Brownlee emerged first from the water at the Lake Stadtpark with Luis and Germany's Jonas Schomburg, with Brownlee's brother Jonathan also among the first in the transition.

Bergere and Vilaca were involved in the front pack within 10 seconds of the lead.

Vilaca was able to turn around a small deficit over the cycling to finish the 20km second leg, finishing just ahead of Luis, Bergere and Alistair Brownlee.

The 5km run broke that group down to just three in the final stages with Luis, Bergere and Vilaca in contention.

It was the 31-year-old reigning champion pushing on with under a kilometre to win again - even having time to add a headband before crossing the line in 49min 13sec.

The 20-year-old Vilaca split the French pair, staggering over the line just two seconds behind Luis, looking euphoric in his clinching of the silver medal.

Bergere embraced his team-mate after coming across the line just five seconds behind.

Initially distant from the eight that emerged at the front in the cycling group, Jelle Geens of Belgium and Britain's Alex Yee rounded off the top five after being more than 20 seconds behind Vilaca after the second transition.

Geens and Yee showed off their running prowess ahead of another 5k specialist, South Africa's Richard Murray in seventh, coming in just behind the third Frenchman, Coninx.

The United States' Morgan Pearson, Alistair Bronwlee and Max Studer of Switzerland wrapped up the top 10.

Jonathan Brownlee, an Olympic silver and bronze medallist, finished down in 31st just ahead of Schomburg in 35th.

In the women's race Britain's Jessica Learmonth led a group of 12 after the cycling stage, but the transition stage proved to be a problem for American Katie Zafares, who lost a few seconds.

Early into the running stage, Learmonth, Duffy and Taylor-Brown pulled out a small lead between the rest of the chasing pack.

Taylor-Brown decided to take it out in the early stages of the run in a spirited solo effort and charged on with 4km to go.

Behind her, Learmonth started to falter in the latter stages, leaving Duffy to try and close down the Briton.

Lindemann and Amerca's Taylor Spivey were closely matched near the end, but the German had enough in the tank to make the podium too.

Taylor-Brown finished in a time of 54:16, nine seconds ahead of Duffy and 23 of Lindemann.

It was the first time the 26-year-old from Manchester had ever won a WTS event, having previously won bronze medals at the Gold Coast in 2018 and Lausanne in 2019.

Spivey led defending champion Zafares to finish the top five - with the other American struggling to pick back the time she lost in transition.

Tomorrow attention is due to turn to the Mixed Relay World Championships where France will be seeking a third consecutive title having won in 2018 and 2019, when Luis completed the anchor leg on each occasion.