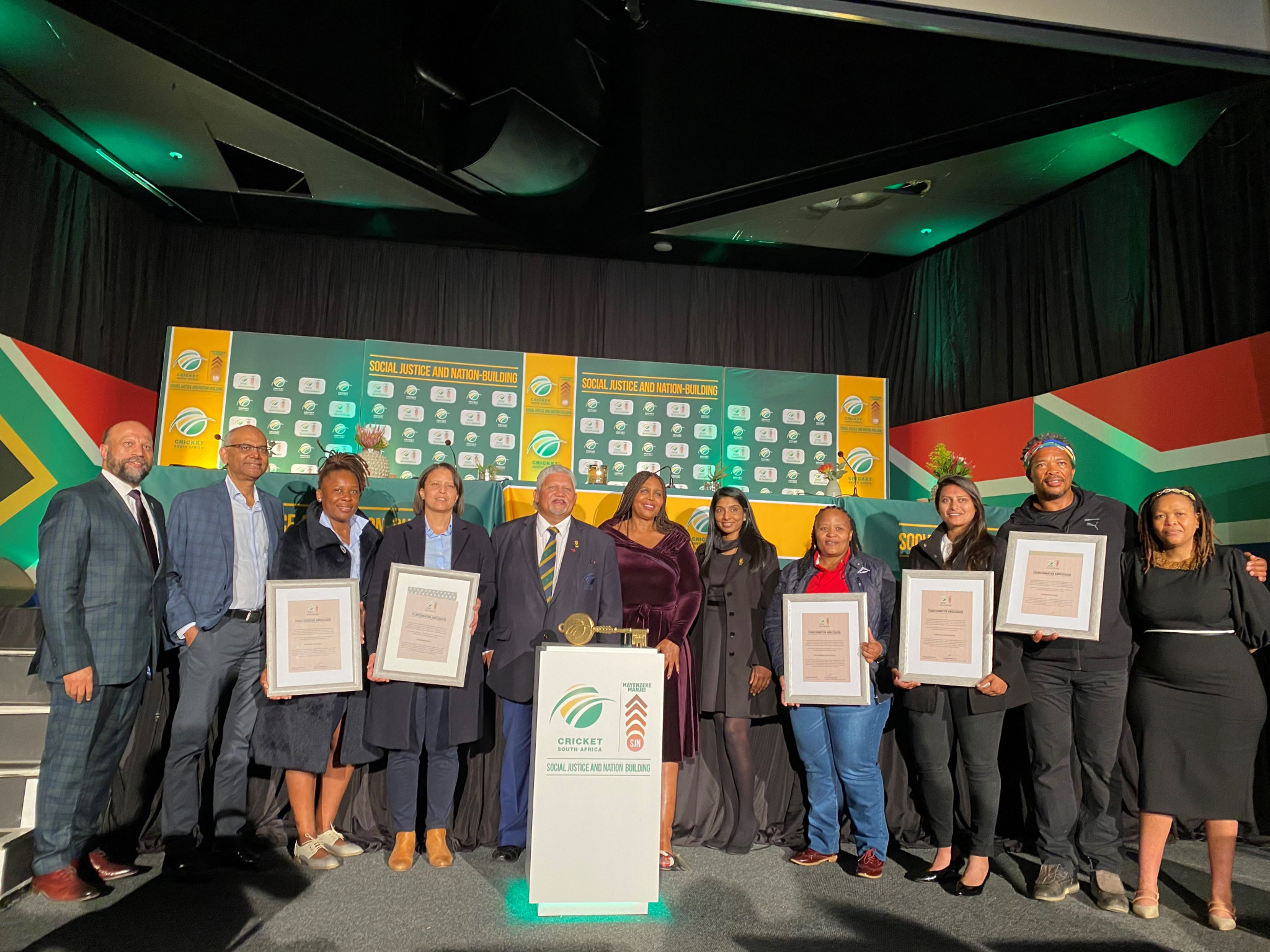 Leading the Office of the Transformation Ombudsman, he will he oversee an independent complaints system aimed at healing, restoring and uniting the sport in South Africa.

Ntsebeza previously worked in the Truth and Reconciliation Commission formed following the end of apartheid rule in South Africa, having once been imprisoned for campaigning against the segregationist Government.

The Restoration Fund, which is to deal with the opportunity cost of discrimination, will be set up on Ntsebeza's watch, and so too a diversity, belonging and inclusivity programme.

The Restoration Fund is expected to make it possible for some discrimination victims to receive reparations.

They will help to raise awareness of the project and build relationships with stakeholders, as well as promoting reconciliation.

"This is not only significant for cricket, but for the entire nation," Eugenia Kula-Ameyaw, CSA's independent director and transformation chair, said at the launch at Olympic House in Johannesburg.

"It is a national project and we hope it will help those who have been hurt due to discrimination heal quicker.

"What this means to all of us, to those affected, is that CSA is heading in the right direction.

"It’s not enough just to talk, but action is required and I think this is a step in that direction.

"It is also a sign that shows what may have been conceived as impossible can be considered as doable.

"I want to believe that as the cricket community we have the ability to find common ground and deal with the pains of the past."

Transformation has long been a sticky issue for CSA, with the sport often dominated by white players despite the white population accounting for less than 10 per cent of South Africa's total population.

Targets in place stipulate that a certain number of players who represent professional teams in South Africa must be non-white - the current number is six, with at least three Black African.

National teams have similar targets they are asked to meet each year.

The target system has faced criticism both for not doing enough to tackle a lack of opportunities and for discriminating against white players, many of whom have cited it as a reason for choosing to play abroad - including Kevin Pietersen, who went on to become arguably England's greatest batsman of all time after leaving South Africa.

One day prior to the launch, CSA sacked chief executive Thabang Moroe.

Moroe had been suspended since December, following allegations of serious misconduct which led to an independent forensic audit being commissioned.

Kugandrie Govender is acting chief executive of the organisation at present, while Beresford Williams is Acting President.